You are at:Home»News & Current Affairs»Who dropped the ball yesterday in the biggest game in Europe? – By Brian Rowan
Social share:

Are we missing something in this Brexit story – not seeing something that contributed to the shambles of Monday?

Or is this balls-up really down to some miscalculation of the DUP position?

It is hard to believe that Prime Minister Theresa May would have had such a gap in her political intelligence at such a crucial and critical moment in this negotiation; an intelligence blind spot that would lead to the screaming and embarrassing headlines of failure on Tuesday.

As details of the leaked text began to emerge on Monday – and the wording designed to give reassurance that there would be no hard border – one politician at Stormont commented: “This is nationalism’s day.”

If it was to be such, then it was not going to be the DUP’s day. Then, between morning and afternoon, talk of a deal became confirmation of no deal; not yet anyway.

Taoiseach Leo Vardakar was “surprised and disappointed”, with Foreign Minister Simon Coveney adding that the Irish Government wants to ensure that the wording of the text – they believed had been agreed – remains intact. 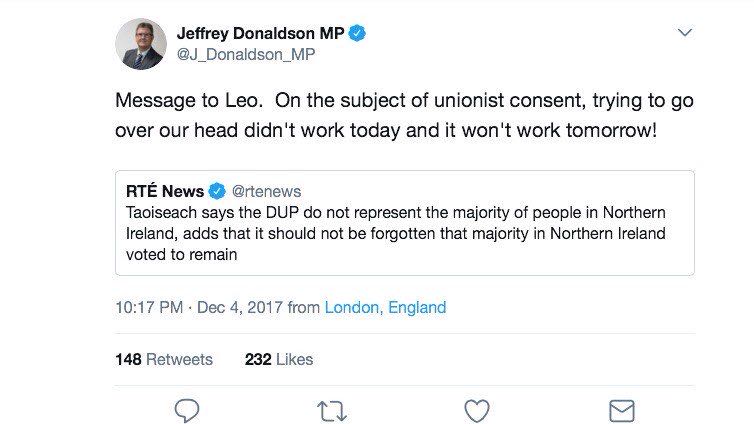 My question remains the opening thought in this piece: Are we missing something in this Brexit story?

Think of the build-up to yesterday’s events; those many statements and interviews  and tweets in which the DUP set out its position in the latter part of last week – words from Arlene Foster, Nigel Dodds, Sammy Wilson, Ian Paisley, Jeffrey Donaldson and Peter Robinson, who told Dublin “to wind its neck in”.

Was all of that missed?

Why did Arlene Foster have to restate her party’s position on Monday at lunchtime? 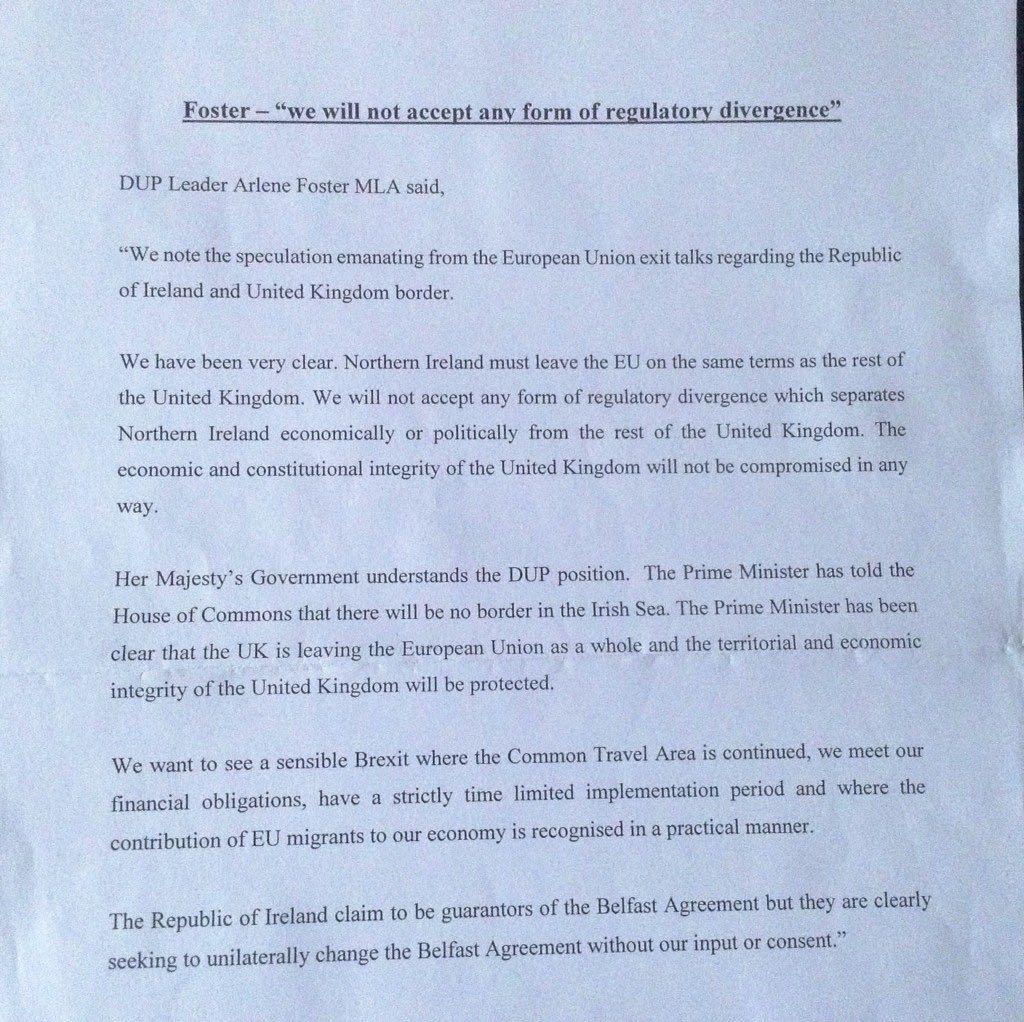 Is there something in the thought that my colleague Eamonn Mallie tweeted late on Monday; suggesting that in an effort to get the deal done, that Theresa May “was prepared to throw the DUP under the bus”? 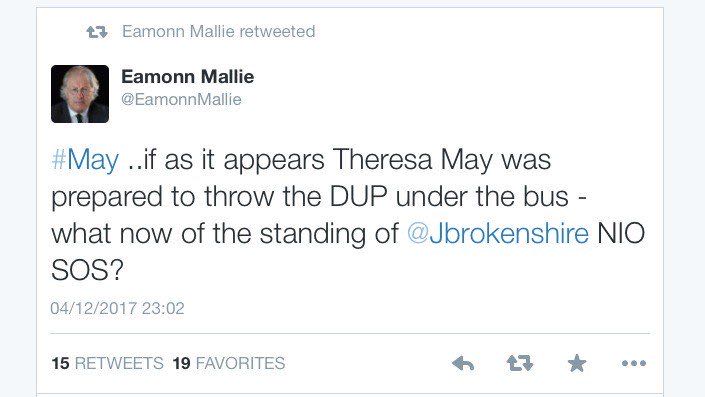 It would not be the first time, of course, that a government went over the heads of unionists.

Think of the Anglo-Irish Agreement; but, these three decades and more later, if Prime Minister May was contemplating such a risk – a move that would have had implications for the confidence and supply agreement at Westminster – then why did she stop?

Why were the brakes applied in Brussels?

There has to be something more to this than misreading the DUP on such a key negotiation point. That explanation doesn’t add up.

So, there is something that we are not yet seeing in this jigsaw; a missing piece.

Did the reactions in Scotland, Wales and London – that if there was to be some special deal here why not elsewhere –  prompt some re-think and pause? 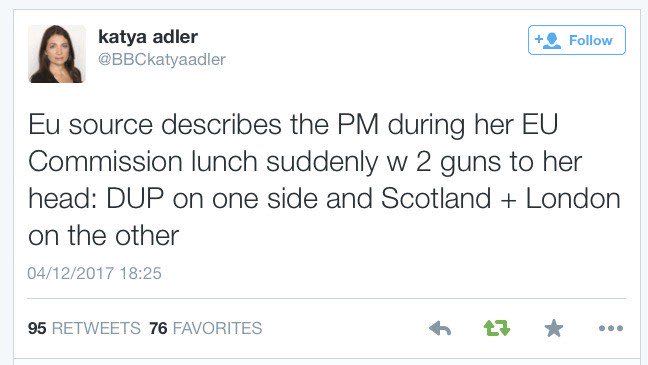 There are questions still to be answered, detail to be added to developments and, in all the Brexit headlines of Monday, something else was missed.

A news conference at Stormont in which Sinn Fein made clear the mountain still to climb in negotiations here.

Party Chairman Declan Kearney said there would have to be absolute certainty that any new talks would be substantive, real, outcome-focused and would deliver on rights issues.

This is the only route back to government.