You are at:Home»News & Current Affairs»BROKENSHIRE ON THE BLOWER – By Brian Rowan
Social share: 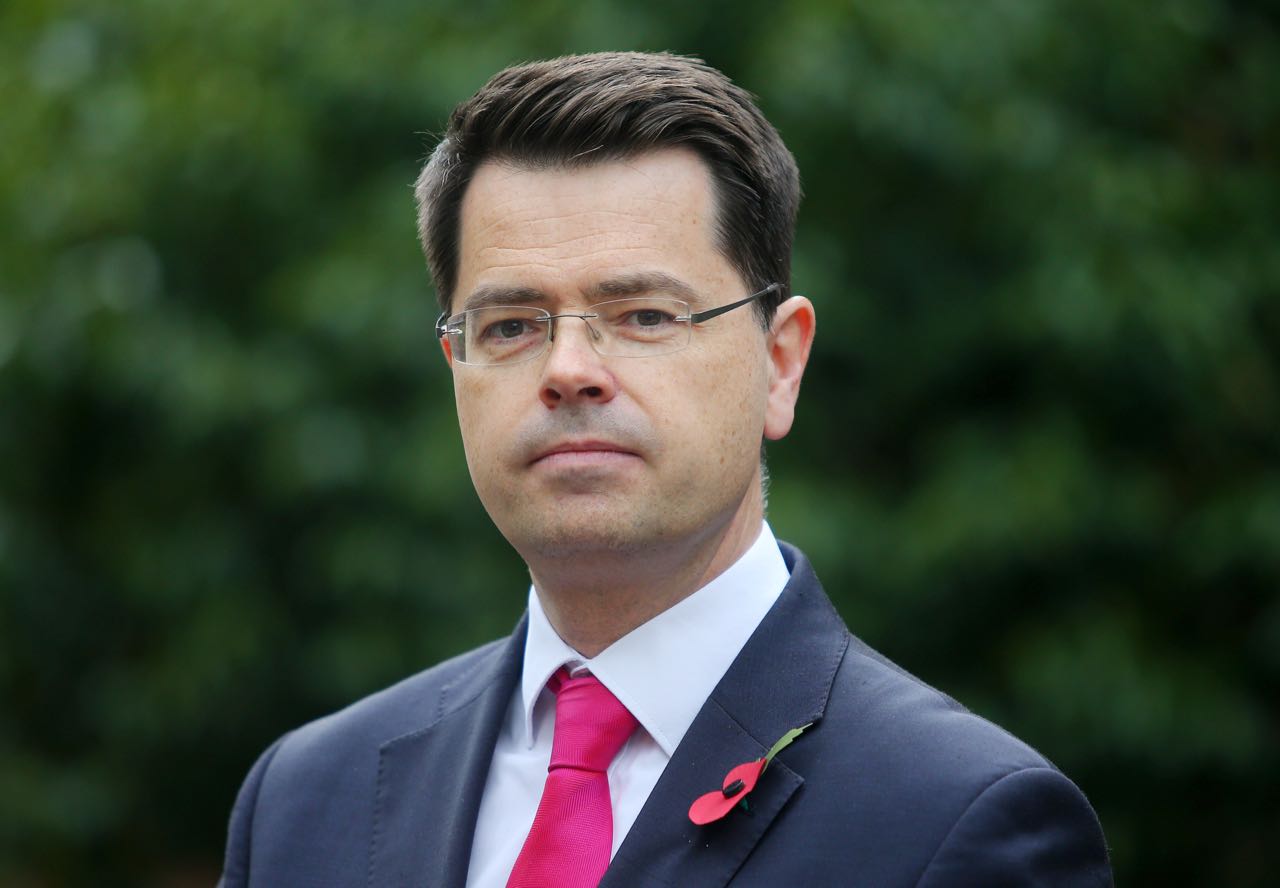 Remember those sleepy, waiting, watching weeks of spring and summer – the Stormont talking and talking and, then, yet more talking.

We are now a year into this crisis; a year of pretend politics and a pretend parliament – and a negotiation that long ago lost all credibility; but, wait, Secretary of State James Brokenshire has been on the blower to the parties.

Is there to be one more attempt, after all those other attempts and meaningless deadlines, to try to fix what is broken?

“It’s clear that the Secretary of State wants to restart the negotiations,” SDLP leader Colum Eastwood told the eamonnmallie.com website.

“What we have told him is that they have to be a different type than what we have seen so far.

“The privatisation of this process involving two parties and two governments has got us nowhere,” Eastwood continued.

Any new attempt, he believes, must be all-party with an independent chair and with the progress of the DUP-Sinn Fein talks published “as the basis for further negotiations”.

On her twitter account on Thursday, the Alliance leader Naomi Long also stressed the need for a talks facilitator. 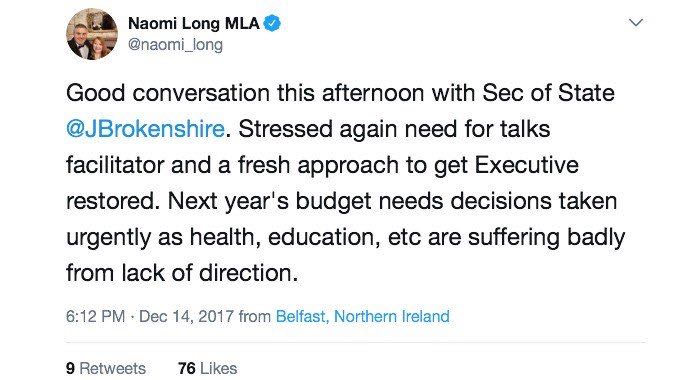 However, all-party in nature, any new talks will depend on the big two parties – on the DUP and Sinn Fein.

Read Declan Kearney’s latest contribution on this website and the message is clear. The only route back to government is in settling that list of rights-based issues, including marriage equality, Irish language and legacy.

This emphasised in a tweet by the party’s northern leader Michelle O’Neill at lunchtime on Friday. 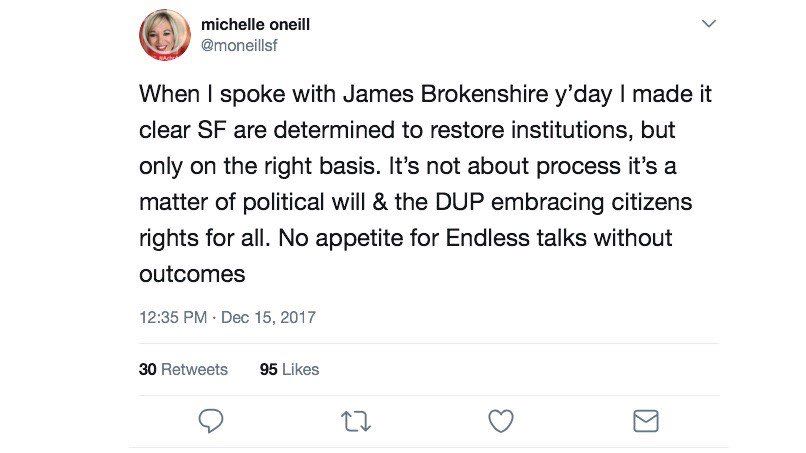 The DUP position has been repeated time and again – that the Executive should be reformed with discussions on outstanding issues happening in parallel.

This is not going to happen. It is too late for that, and more talking of the type that has happened over recent months will change nothing.

There is talk again of a train about to leave the station.

“Which train at which platform?” one Stormont source asked.

In the absence of a breakthrough at Stormont – what are the options?

Some Plan B shaped in an intergovernmental conference? Direct rule? Another election?

British-only direct rule won’t work. The politics of this place have changed too much for that.

An election would change numbers but not issues.

So, something shaped by London and Dublin seems the only realistic Plan B.

Before any of that, and away from the stage and lights of Brexit, Brokenshire is testing the mood for another “short-sharp” talks effort in the New Year.

By then, this place will be a year on from the moment that brought about the collapse of the institutions – the resignation of the late Martin McGuinness as deputy first minister.

There is another issue. The legacy questions and when to start a public consultation.

“That will be another grenade in the middle of this thing,” one source commented.

Chief Constable George Hamilton wants the past taken out of police hands and placed in the Stormont House Agreement structure, including a new historical investigations unit.

In the waiting for that, the headlines of the scandals of Haggarty and Stakeknife and other agents, scream out as reminders of a filthy past.

Brokenshire and Irish Foreign Minister Simon Coveney will have a lot of convincing to do to persuade not just parties, but a watching public, that another set of the same type of talks will change anything.

Is this the last roll of the dice before some as yet undecided Plan B?

Social share:
Previous Article“A Rubicon has been crossed in the north: civic nationalism finds its voice” – by Declan Kearney
Next Article Dealing With Unavoidable Reality – by Colm Dore