You are at:Home»News & Current Affairs»BREXIT: WILL WE KNOW IT’S NOT BUTTER – By Brian Rowan
Social share: 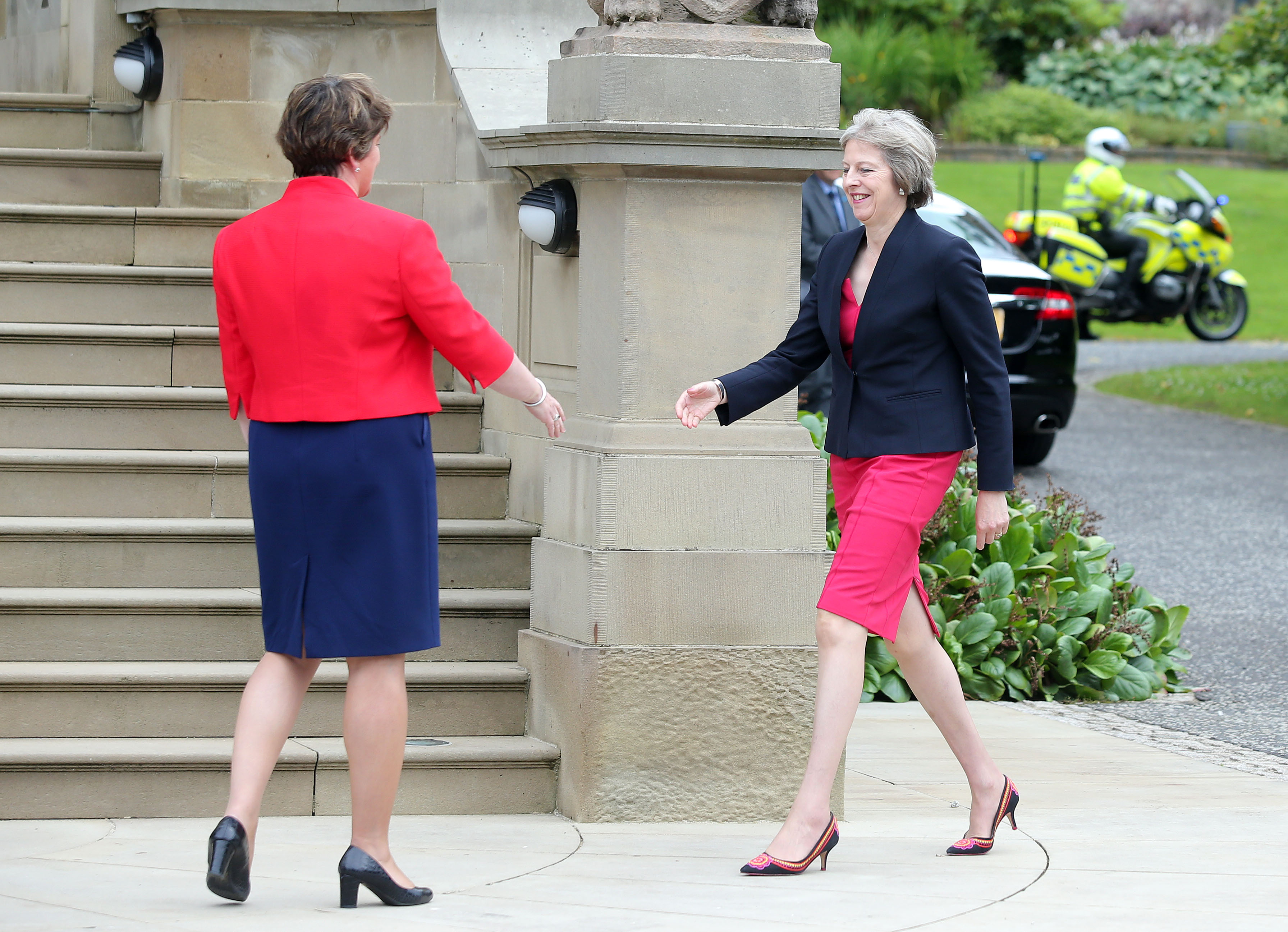 Apart from the predictable and usual trumpet blowing – some of it ‘smart alec’ in nature – thus far, the political commentary on the Brexit negotiation has been rightly cautious.

There is still a long run to the finish line.

Last weekend, the headline on a detailed analysis written by RTE’s Europe Editor Tony Connelly cautioned: Brexit and Ireland: The contradictions that will plague the deal.

Others have called that deal a “gentleman’s agreement”. 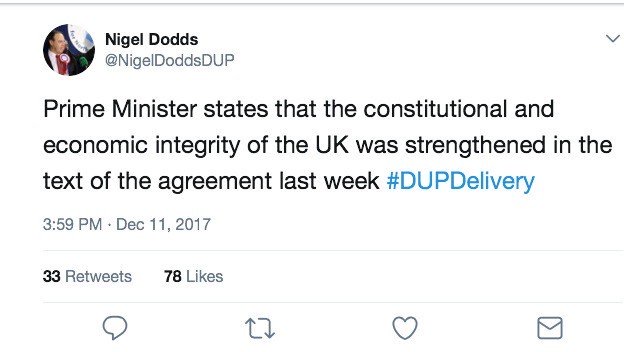 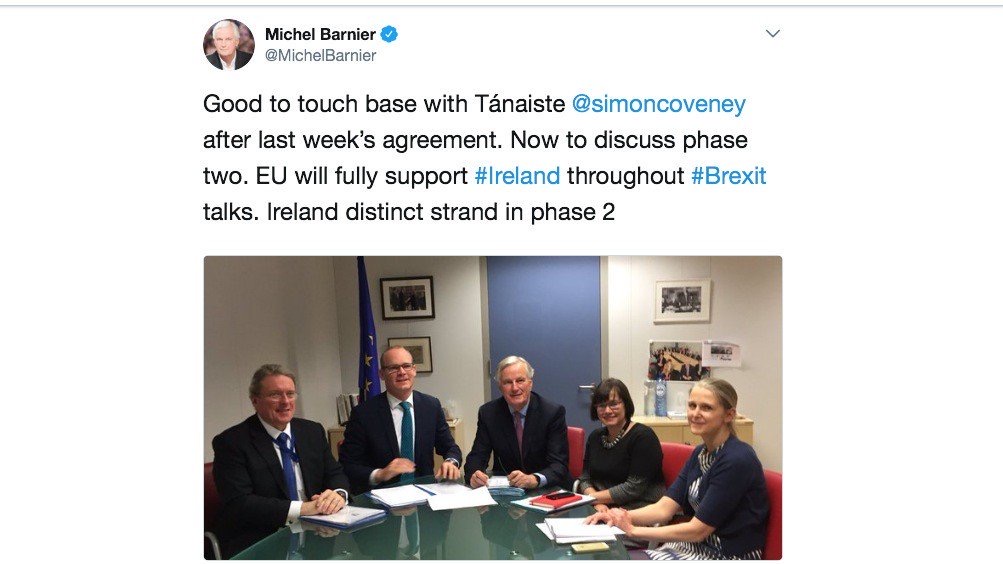 We know from two decades of negotiations here, how things can change.

On Good Friday 1998 Gerry Adams and republicans had to eat their words – swallow the talk and the banners shouting No Return To Stormont.

We know also that British Governments tell unionist leaders what they want to hear; Trimble’s jump into the Executive in 1999 was not followed by IRA decommissioning; the DUP did not get photographic proof of weapons being put beyond use.

Going further back. we know the story of the Anglo-Irish Agreement and Unionism being kept in the dark.

The biggest decisions in this negotiation on Brexit will be at a level above the influence of any of the parties here.

A little over a week ago, the DUP learned that lesson when they were  wrong footed by the text as it stood at that time. Yes, there was a pause, but Theresa May was back in Brussels just a few days later.

In between, the Prime Minister made six “key commitments” to Northern Ireland.

Remember, back in 1998, Tony Blair wrote five promises on a board.

These interventions are words of comfort; not the fine detail of final agreements.

Taoiseach Leo Varadkar and Tanaiste Simon Coveney – big players with a big say in this process – believe they have the commitments they need on the border question.

What has still not been explained is why on Monday December 4th, the DUP had to wait to the last minute for sight of the text.

Was Theresa May preparing to push on with or without them; to throw them under the bus if necessary as my colleague Eamonn Mallie has suggested, and was it the reactions in Scotland, Wales and London to special arrangements for here, that was more of a factor in creating a pause for more thought and time?

In the News Letter on Monday, commentator Alex Kane wrote: “It looked as though they [the DUP]had been kept in the dark…treated as very, very distant, insignificant players…”

If May thought about leaving them behind once, then it could happen again.

Brexit has disunited the kingdom. The majority vote here was to remain, and nationalists are looking more and more to Dublin – to Varadkar and Coveney –  to hold the line as this negotiation develops.

The political landscape has changed and is changing.

Think back to that June General Election; to that disastrous moment for May and her party, which left them needing the DUP’s help – needing those ten votes as part of a confidence and supply arrangement.

This was but one story.

It was also the moment – with the election of seven Sinn Fein MPs – when the nationalist community turned its back on Westminster; and, here, Stormont is still in limbo, unable to function for the best part of a year now.

Unless a list of rights issues, including Irish language, marriage equality and legacy, are addressed and resolved, Sinn Fein will not allow the DUP to return to government – No Executive, No First Minister and Stormont nothing more than a pretend parliament.

Again, Dublin is being pressed to assert its authority; to argue for the issues above in an intergovernmental conference; that this is where a way forward should be mapped.

In London, May does not have the numbers in parliament that Blair had, is walking the thinnest of lines and, so, there is nothing certain about the next steps.

The politics of this place are in a mess, and there is that distance still to travel on Brexit.

For now, ambiguity – inexactness – is what has allowed this negotiation to step into its next phase – as cautiously and as carefully as our walking on the December ice.

Time has been bought and borrowed. The next words will have to be much more certain.

When the word plays over alignment, equivalence, convergence, divergence and special status are complete, will we able to tell the difference between Leave and Remain.

These are questions and answers for another time.

Social share:
Previous ArticleBrexit NI – A Fairy Story by Elf on the Shelf
Next Article “A Rubicon has been crossed in the north: civic nationalism finds its voice” – by Declan Kearney