You are at:Home»News & Current Affairs»Brexit NI – A Fairy Story by Elf on the Shelf
Social share: 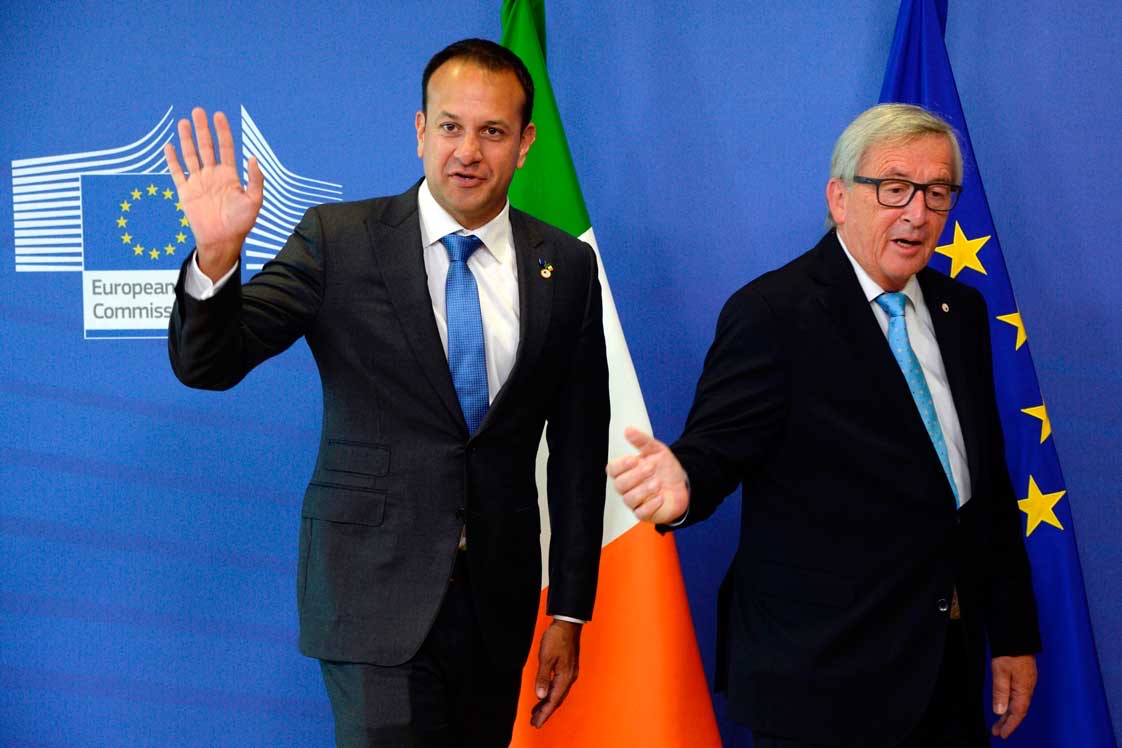 Now whilst there is plenty of scope to continue the Fairy Story – and there are lots of suitable fairy story characters that could be inserted, the whole Brexit saga to date is really far too important to be trivialised into a fable– even though the events of the past month sometimes felt as if they came straight out of a Hans Christian Anderson book.

So how did we get to where we are now and more importantly what is the impact going to be for those of us who live in the “wee country”?

Well it now looks almost certain that Brexit is indeed going to happen and it is clear that, irrespective of who occupies 10 Downing Street over the next decade, the UK will not be a member of the EU. However, the type of Brexit that will happen is still very much up for grabs. To quote a lyric from a 1980’s Pet Shop Boys song “Which will you chose, the hard or soft option?”

Whilst Phase 1 of the negotiations is pretty much complete, the at times shambolic events in Brussels at the start of December have meant that a lot of the hard issues have been ‘pushed down the road’ into Phase 2 of the negotiations. These issues will take a lot of time, effort and skill to sort out and it is not clear whether there will be either enough runway or enough goodwill to meet the 31 March 2019 deadline. Hold onto your hats, the Brexit rollercoaster still has a long way to run.

Reflecting as to where things got at the conclusion of Phase 1, there seems to be a consensus that the Brexit divorce bill will weigh in at around £40billion (give or take) and that there will a reciprocation of existing EU/UK citizens’ rights for those who live in the others domain at the date of Brexit. However, it was the double helping of fudge served up in respect of the Northern Ireland strand of Phase 1 that is probably of most relevance to those of us who live on the northern part of the island off the island off the EU mainland!

So who were the winners in this strand of the negotiations or, as the TV presenter used to say, was there a prize for everyone in the audience? That depends of course on what way you look at not only the outcome but also the context in which the negotiations took place.

Firstly, it would be naive to think that the hard fought negotiations between Brussels and Whitehall were actually all about the six counties in Northern Ireland. It was clear that Northern Ireland and its complex centuries old issues were relevant to both sides but this was of secondary concern to the larger issues that will impact on the post Brexit relationship between the UK and the EU. Both sides, despite protesting to the contrary, were using the NI issue as a means of sounding out what would be the main issues when the real negotiations take place in Phase 2. Put another way, the Northern Ireland issues were never important enough to derail the whole Brexit negotiation – irrespective of who said otherwise.

Secondly, the intense interest of the Irish Government to this strand of the negotiations was also less to do with its relationship with the Northern part of the island and a lot more to do with its ongoing relationship with GB. The GB market place is vital to Ireland and having the optimum access to this market whilst still being a member of the EU gang was and is the most important issue.  So whilst placating Unionists and Nationalist to the same degree was no doubt important to the Irish Government, the more important role was to ensure maximum access for Irish business into the UK market post Brexit.

Thirdly and most ironically, the single biggest constitutional issue to affect the ‘wee country’ for over 80 years took place with virtually no involvement from the politicians who have been repeatedly re-elected by the citizens of Northern Ireland to provide leadership. Now it is clear that the DUP did get a chance to have their say – eventually, in respect of the deal that was finally signed off between London and Brussels, but this is not even close to being the same as being involved from the start.

Sinn Fein was noticeably abstinent from the whole negotiation and the other parties filled in their days as political commentators for various media outlets.  What was disgracefully absent was any political input from the Executive, the Assembly or indeed and of the institutions that are not in operation.

Having said all of the above, despite what one might have expected from a lack of local political input and negotiations involving outside parties with agendas far beyond the borders of the North, the outcome may just have resulted in a very good deal for the people of the wee country.  There is a clear intention from all parties that there should be no economic borders either north south or east west. There is also a clear intention that there should be maximum cooperation in respect of regulatory matters so as to avoid the need for customs checks and tariffs. Finally there is a clear understanding that the people of the island of Ireland will still have free access to all parts of the British Isles and still be able to qualify for EU citizenship.

It would appear that those living North of the Border and on the western shore of the Irish Sea will have the best of both worlds, irrespective of what Phase 2 of the Brexit Negotiations throw up. That is about as good an outcome as one could have hoped for!

Indeed if the NI political institutions were able to get up and running again in the future and the fabled 12.5% corporation tax was to be enacted, there is a real possibility that, in economic terms, we might even live happily ever after. Now that’s a fairy tale many would like to see come true!

Social share:
Previous ArticleA window of opportunity – but only that – By Duncan Morrow
Next Article BREXIT: WILL WE KNOW IT’S NOT BUTTER – By Brian Rowan