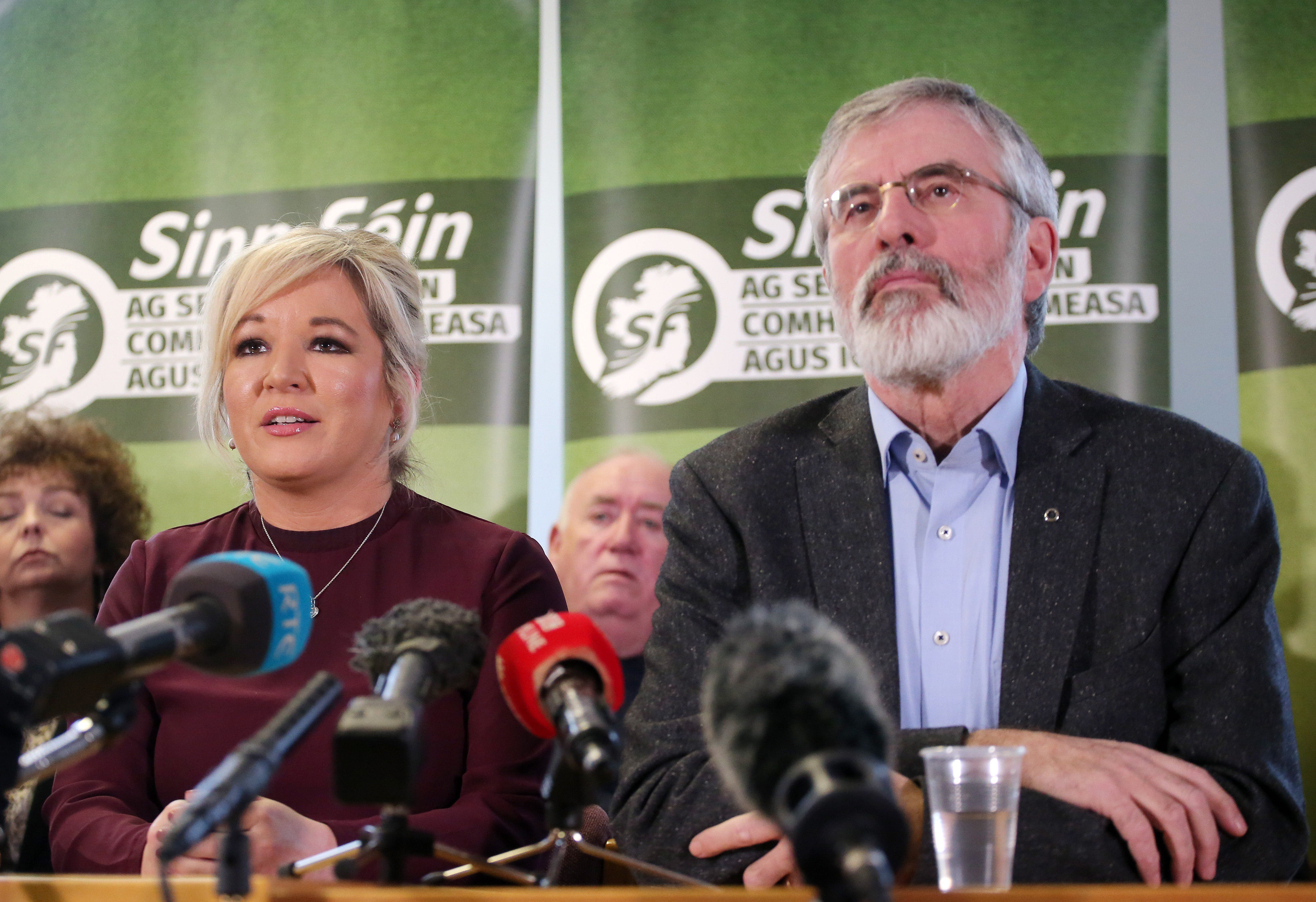 On Monday at Stormont, Sinn Fein declared this long phase of negotiations over.

There is no deal here, and there should be no more pretend politics in this place.

May, Varadkar, Brokenshire and Coveney have big calls to make.

It is London-Dublin decision time; the test of the worth of the paper upon which the Good Friday Agreement is written.

What has been obvious for months is that there will be no Stormont Executive and no First Minister if there is no Irish Language Act; if the issue of marriage equality is not addressed; if there is not some agreed approach on the vexed legacy questions. The past is becoming a bigger argument.

No Executive, no fully-functioning Policing Board, the play for a statute of limitations for the armed forces – these things have ripped the threads out of the so-called Stormont House Agreement.

Have made it even more of a disagreement.

What is needed now, he said, is “a strong Irish dimension…joint authority”.

Stephen Farry of Alliance spoke of “a slippery slope to full and formal direct rule”.

A budget bill at Westminster – however it is dressed up – is a million miles away from devolution in Belfast.

Without a deal, Stormont is finished – or should be.

London and Dublin need to stop pretending. This is now their business.

It is back to that comment from Irish Foreign Minister Simon Coveney that there can be no British-only direct rule.

Brexit and the RHI Inquiry are now big pieces within this frame; all part of the Stormont mess.

A deal would have been difficult enough without having to clear these hurdles.

The pretend Parliament at Stormont  cannot be about protecting MLA titles and salaries. There have been months of that already.

Perhaps May and Brokenshire can’t make a decision; hamstrung by the Tory-DUP Westminster arrangement.

We will know soon enough and, in the waiting, we listen out for Dublin.

Social share:
Previous ArticleBrexit: Beyond The Boys’ Club? – By Sorcha Eastwood
Next Article WHAT’S GERRY GOING TO DO? – By Brian Rowan