You are at:Home»News & Current Affairs»Brexit: If caution is not restored, the Good Friday Agreement could slip from its moorings – By Terry Wright
Social share: 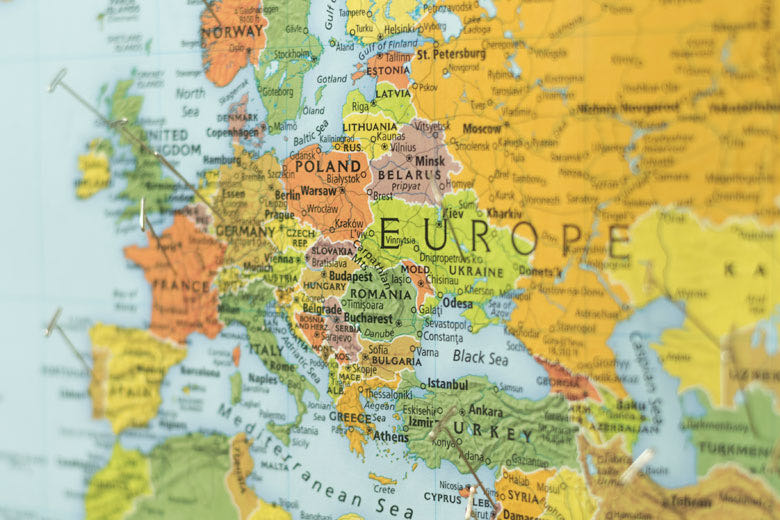 The speaker at the All Ireland Civic Dialogue light-heartedly drew attention to the portrait of King William III, which, with other similar portraits, adorns the walls of the Great Hall in the Royal Hospital, Kilmainham.

Beginning his contribution on the impact of Brexit on Ireland, North and South, he added:

It is not the only situation that could have been avoided.

In spite of invitations to do so, the DUP and the UUP opted not to attend.

Had they done so they might be better informed about the implications of Brexit for the Republic of Ireland and been better positioned to engage with the government in Dublin and the many Southern and Northern representatives from politics, business and sectoral bodies gathered there to voice their concerns. This was left to the Nationalist, Republican and non-unionist parties.

The mutually provocative exchanges now being heard on the airwaves represent a poor alternative and are feeding a dynamic that takes us into contentious constitutional territory and bear all the hallmarks of understandable but ultimately counter-productive and unnecessarily risky political terrain.

Comments at times fall little short of all the worst characteristics of political trolling or a Trump-like tweet.

Atavistic loyalty is countered with echoes of irredentist republicanism. As each comes up with the wrong answer to the right question, ground already gained is at risk of being eroded.

As Bob Dylan once wrote: ‘”You don’t need a weatherman to know which way the wind is blowing.”

If caution is not restored, the Good Friday Agreement could slip from its moorings and politics could slide back to the simplicities of the past and we know what a success they were.

Before rejecting each other’s suggestions it would be helpful to develop understanding of and appreciate what enables them. This seems to be lacking.

Considerations are not merely self-interested; they are uncompromisingly self-referenced and lacking in any shared spirit of conciliation. Negotiations are increasingly emotional and hard-wired in marked contrast, on the Dublin side, to the stance first adopted by former Taoiseach Enda Kenny TD at the first All-Ireland Dialogue at Kilmainham.

The outcomes of an informative and constructive day left no one who attended in any doubt about the political, social and economic difficulties that the Brexit decision posed for the Republic of Ireland. Almost two hundred political, business, community and educational representatives who attended voiced concerns. However, Enda Kenny, in identifying the significant challenges arising from Brexit, framed his comments in recognition of the need to respect the decision, prioritize the Border, trade and tourism, maintain the Common Travel Area and support the Good Friday Agreement. He emphasised, that in contrast to the past, the Republic of Ireland would occupy a different but unique position in Europe on the opposite side of the table to the United Kingdom but wished to preserve trade between the Republic of Ireland, the United Kingdom and Europe.

Other politicians including Michaél Martin TD and Naomi Long MLA referred to there being no value in taking narrow political agendas, the need to work inclusively and urgently, ensuring that the Principle of Consent in Northern Ireland would not be undermined and protecting constitutional and aspirational preferences.

A leading academic from Maynooth University referred to exploring opportunity when adversity presents.

Unionism should have been present but chose to posture ‘ in absentia.’

At least, reports from a North -South Ministerial Council that took place shortly after the All Ireland Dialogue reported a desire on all sides to seek an agreed position.

By the second and third All Ireland Dialogues also held in Dublin – at Dublin Castle before returning to the Royal Hospital in Kilmainham- the energetic, focused and creative initiative of the Irish government was exemplified in reports on its co-ordinated diplomatic, economic and broad political strategies aimed at promoting and protecting Irish interests across Europe and globally.

The leadership could but be admired and stood in marked contrast to the reported position of the British Prime Minister who, it seemed, was more pre-occupied with fraught negotiations within the British Cabinet and avoiding parliamentary accountability, than in negotiations with Europe. It is not as yet, shaping up to be the United Kingdom’s most cohesive or coherent set of negotiations.

This does not in itself explain a change of climate in Dublin.

When addressing the third All -Ireland Dialogue, Minister Simon Coveney TD professed a limited admiration for the European Union, in particular, proposals for a European Army and the rationalisation of tax laws that might prove unfavourable to Ireland. He also expressed a desire to host the next All Ireland Dialogue in Belfast.

Since then, in the eyes of the more extreme elements of unionism he is offering himself as a political exocet missile for the European Union, living out the politics of the moment and mounting a political guerrilla campaign on the Principle of Consent enshrined in the Good Friday and subsequent Agreements.  It is seen as a variety project that is ramping up confrontation and risks paralysing the agenda.

He cannot be unaware of this.

More importantly, he is casting unionist ‘remainers’ and the many others who took a different view, yet are sympathetic to the Common Travel Area, an open border, all-Ireland co-operation and the recognition of diverse identities, cultural and otherwise, into political exile at, or so it seems, the behest of European federalists intent on protecting their project.

The Republic of Ireland and the leadership it has displayed, has earned admiration globally.

Like all countries there are internal economic and social issues but it is on the way to recovery from the banking crisis, has a developing infrastructure that is the envy of many in the North, has successfully embraced the ‘diaspora’ to promote brand Ireland and tourism and is moving on, incrementally, from the legacies of the past, not least as a confessional state, to embrace socially liberal policies. The potential economic difficulties for the border areas and elsewhere on the island have been well rehearsed and have not gone unheeded by unionists of all persuasions and the British government.

Is the entrenchment and the cursory dismissal of British proposal for the border now being displayed on Brexit an aberration or a case of self-denial?

In the words of Enda Kenny the Republic of Ireland is in a unique position in Europe. It seems reluctant to acknowledge it but by emphasising the special nature of Northern Ireland it also defines its own need for special consideration. This is reflected in the flexibility acceptable to Europe inherent in the Common Travel Area.

It is that uniqueness that places it in the role of leader rather than follower in Europe.

Europe, the Republic of Ireland and the United Kingdom are moving into uncharted territory. Emphasis is currently focused on negotiation when it should be focused on a blueprint determined by facilitating long-term co-operation and collaboration.

Setting aside the influences of the more extreme Brexiteers, negotiations have become too narrow and Europe, if it were really focused on European ideals, would have been better advised to table discussions on human rights, common travel arrangements and other social issues on the agenda as well as trade.

A large number of the UK electorate, not just in Scotland and Northern Ireland, voted to remain. This includes many Irish. They have to abide by the decision but is Europe correct to abandon their rights and interests in negotiations?

Whilst it cannot interfere in the internal politics of the UK, it could build safeguards into any trade agreements and negotiations. But, these discussions and others need to be allowed to take place and Ireland can be influential in advocating this.

There is never a wrong way to do the right thing. The Republic of Ireland interests are linked to the UK and Europe. It needs to work to remove the animosity and resentment and not add to it, for the benefit of all.

Social share:
Previous ArticleWhat Unionism ought to do to check Sinn Féin and Dublin by – Dr Steve Aiken
Next Article HAMSTER WHEELS, AMNESTIES, CHECKING OUT & CHECKING IN – By Brian Rowan