You are at:Home»News & Current Affairs»A message from Civil Society to the Dublin and London governments and to Northern Ireland’s political leaders
Social share: 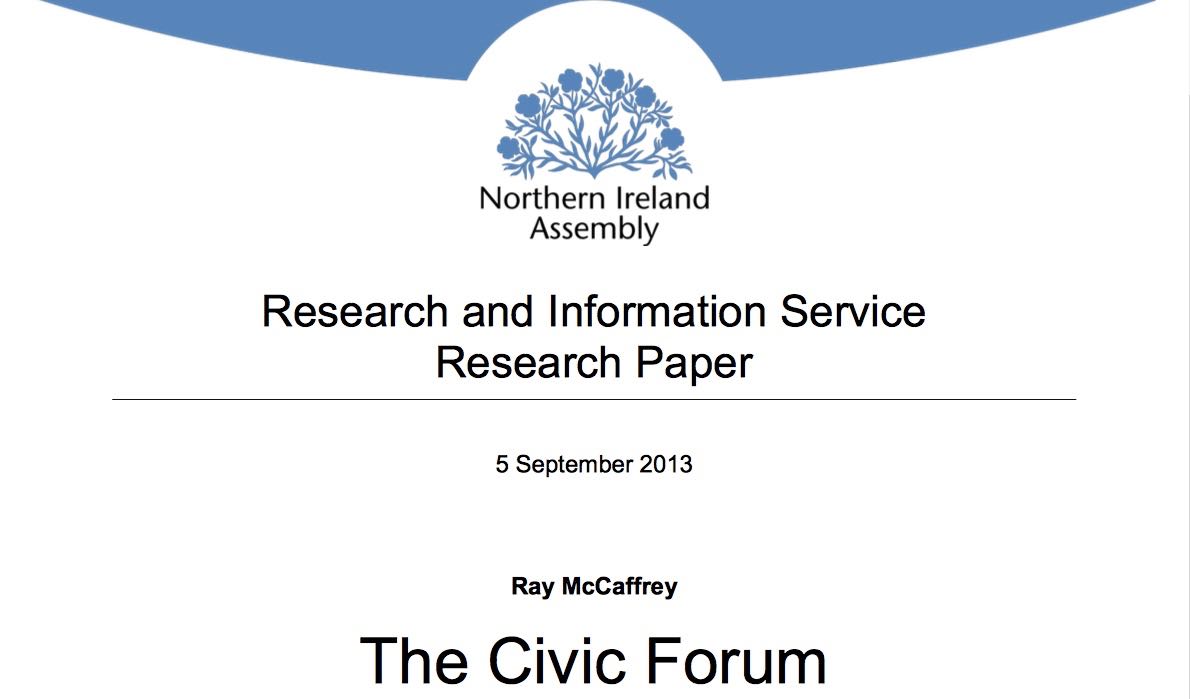 Given the political vacuum that has paralysed NI for the past ten months, and as the next deadlock deal day, Friday 13th loomed,  I invited representatives from across civic society to take part in a conversation to discuss the issue of ‘What is needed to break the deadlock in NI politics?’

I was not inside the room for the meeting and did not take part in any of the discussion. It was agreed that everyone present would remain anonymous and identified only by the sector they represented. This was to create a safe space for open dialogue and honest thought.

At the end of this session it was agreed to send a letter to all party leaders and both Governments on behalf of those present. To allow for continued anonymity I sent the letter yesterday on behalf of the group.

This is the message they sent:

To: The Political Parties of Northern Ireland and the British and Irish Governments:

At this critical point in the negotiations to see the return of our Assembly, a group of individuals from a variety of groups and organisations (including business, trade union, churches, arts and sport, victims and survivors, community and voluntary, and education sectors) met on Wednesday 11th October at Union Theological College, Belfast, and we wish to state the following:

1. We assert that our society has changed for the better, but that we have a distance to go and there are many more challenges ahead to face and overcome.

We are glad we are not in the place we were in previous decades.  Some of us lived through those decades and others of us were children, but we all strive, personally and professionally, to ensure that we do not return to those times.

2. We insist that the political inertia cannot continue, and we urge the two main parties to recognise the perilous position in which civil society finds itself thereby increasing the vulnerability of all our citizens but especially impacting on those most in need.

The lack of policy, decision making and resources due to the absence of an Assembly is causing real danger and damage to society.  The lack of political structure creates an environment in which sectarianism can flourish.  The failure to deal with the past and address the needs of victims/survivors is scandalous.  Civil society organisations are not able to run programmes, pay staff or maintain development. The impact of this is being felt by those who avail of the organisations services, ie those most in need (homeless, women, young people, victims/survivors). The damage being done will take considerable time and resources to redress.

3. We urge that civil society voices be heard and listened to, and for more democratically deliberative frameworks to be explored and utilised, so as to better reflect the views and potential of civil society.

Across our sectors we are keen to work with established political structures. Civil society has experience and ingenuity, it can and does offer positive ideas and transformative approaches. We believe that joined up strategic planning and the sharing of experience are the best way to work for our society.

4. We restate our commitment to the spirit of the Belfast Agreement, the democratic decision of the people, and call for it to be implemented.

We feel a frustration at the lack of urgency to resolve the political impasse given the detrimental impact it is having on civil society.  There is an urgent need of an equitable distribution of resources, for equality and for systems of good governance and the historic step change that our society took in support of the Belfast Agreement must not be squandered.