You are at:Home»News & Current Affairs»‘The final skirmish before a deal – or the end of the road?’ – By Brian Rowan
Social share: 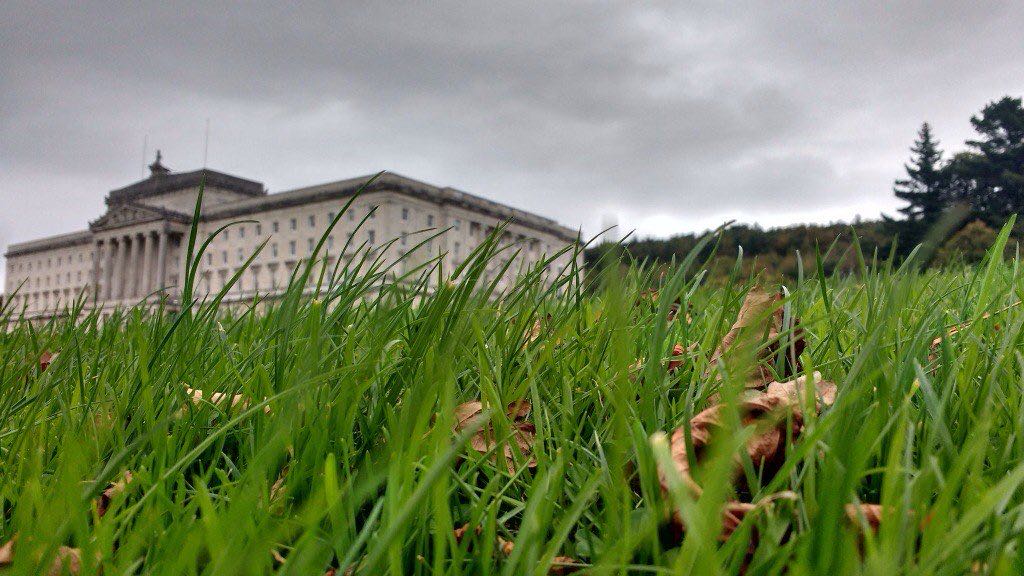 The question above speaks out loudly about the uncertainty of the destination of the Stormont Talks;

Whether, in these latest supposedly critical days, there will be a deal or not.

The question was posed by a source watching and waiting at the edges of these talks – outside that DUP/Sinn Fein negotiating circle within which the immediate future of devolution will be determined.

Skirmish is a reference to what happened at the Conservative Party Conference in Manchester – that clash over identity; Michelle O’Neill’s view that “the North isn’t British” and Arlene Foster’s response that “of course Northern Ireland is British”.

In the way political agreements here are usually carefully choreographed, would there have been such a public disagreement If things at Stormont were close to a deal; as close as some have been suggesting in references to mood and tone changes? 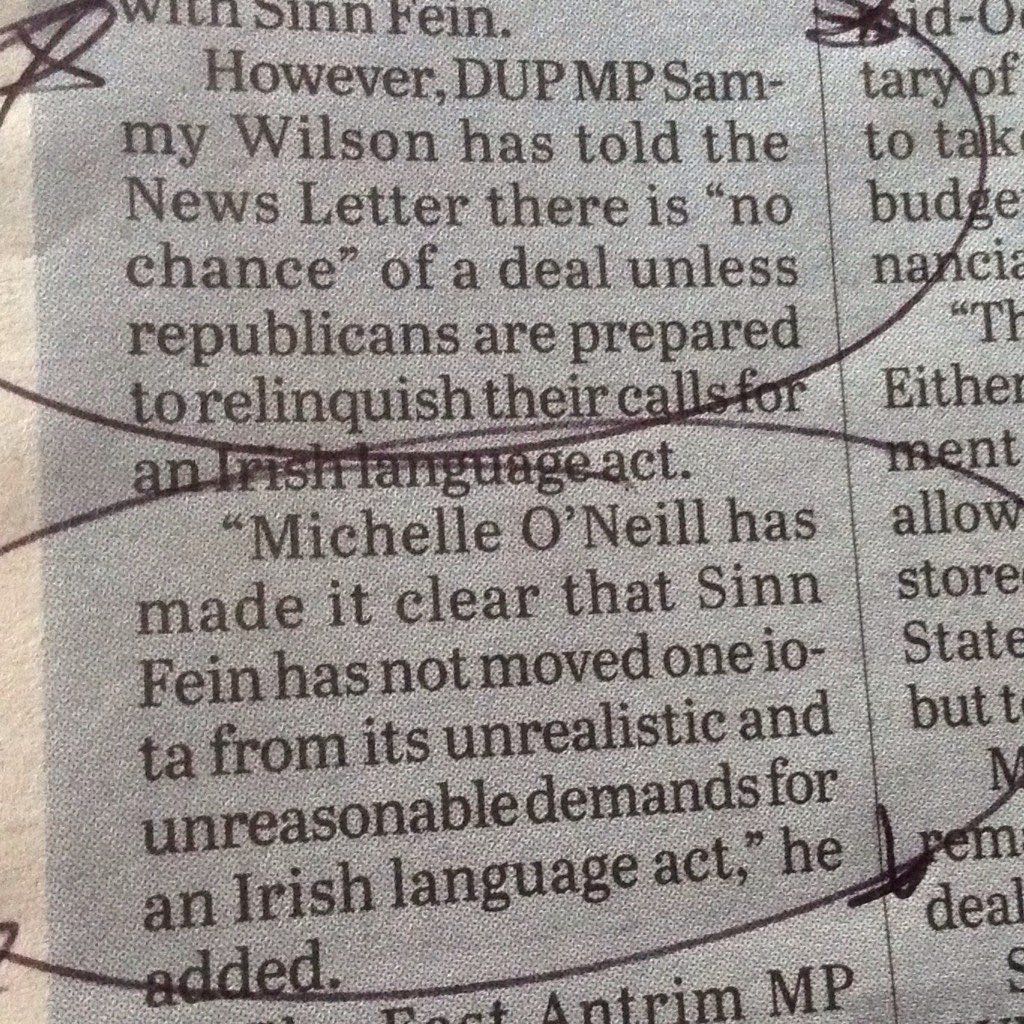 On Saturday, a senior DUP politician pointed me towards MP Sammy Wilson’s comments in the News Letter under the headline – Time has come for SF to ‘get realistic’.

Wilson is quoted saying: “Michelle O’Neill has made it clear that Sinn Fein has not moved one iota from its unrealistic and unreasonable demands for an Irish Language Act.”

“He has maintained that same constant,” that senior DUP source told this website in a reference to Wilson’s comments.

“I’ve never, in the past 7-10 days – when there has been that quiet optimism – I’ve never got to the bottom of it,” the source continued.

I asked could his party sell an Irish Language Act.

“As a stand-alone Act, I don’t think you would even want to try,” was the response.

Republicans have not been talking up progress. We hear references to “ongoing discussions”, that there are “key outstanding issues” and, as these talks drag out and drag on, there are concerns about the credibility of this process – about how much longer it can continue.

“Running out of road,” is how one republican described things.

Speaking in Manchester, Sinn Fein’s Northern leader Michelle O’Neill put down a marker: “The British Government should not think that they can cobble together a deal acceptable to the DUP and then shoe horn Sinn Fein into acquiescing to it.

“That will not happen. The shape of a deal is very clear. The two governments know this. So do the DUP and the other parties.”

If the DUP and Sinn Fein were close to a deal, why the need for such public commentary; comments repeated at Stormont on Wednesday.

There is concern that the NIO could “land in with a paper” – one of those ‘take or leave it’ moments that occur within negotiations.

The talking from around these talks is that the “Arlene issue” is sorted – the question about whether the DUP leader can be First Minister before the completion of the RHI Inquiry.

As far back as June, this website reported that “depending on the deal” – in other words delivery on those rights issues covering an Irish Language Act, marriage equality, legacy including inquests and other matters – then this issue could be resolved.

So, it is not as simple as the “Arlene issue” being sorted. It can only be sorted in the context of a wider agreement on the above.

We wait now for the outcome of the talking over these next critical days.

The final skirmish before a deal – or the end of the road?

That question should be answered soon.

Social share:
Previous ArticleTime to Stand Up Against Sectarianism #SUAS – By Declan Kearney
Next Article STORMONT TALKS – STILL SEARCHING FOR A PATH THROUGH – By Brian Rowan