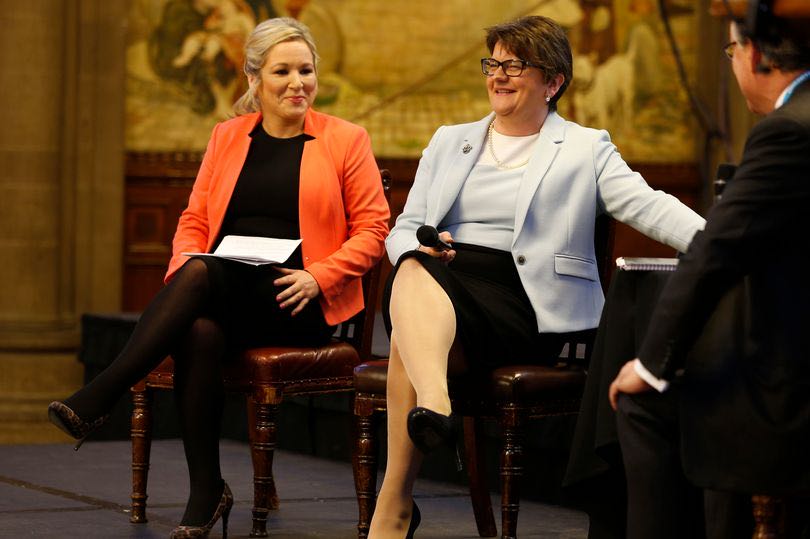 I’m in business, the hard nosed commercial world, where, project delivery is key. In the business world if we don’t deliver for the health of the business then we don’t earn salary, benefit or rewards.

In business we are about good corporate governance, conflict deconstruct, capacity building with all stakeholders, creating end to end agreements & most importantly delivering a result in an ethical manner (I’m an Ethical Trader).

This should have been an opportunity for political leaders to show case Northern Ireland / the North / the 6 counties / Our Wee Country or whatever nom de guerre you choose to call this north-easterly region of the Island of Ireland.

Both ladies displayed outward signs of intransigence and did nothing positive to capacity build or show case here.

Given Arlene’s opposition to the Belfast Agreement (GFA) & reality she abandoned UUP colleagues regarding its implementation, I must admit to having a huge irony alert going like a klaxon in my head, as she cited the Good Friday Agreement as the foundation stone for the Constitutional & Democratic framework here.

However – she is correct.

In 2017, being part of the UK is a political & constitutional reality, for now. In the last census more people declared themselves Irish & Northern Irish than British which is also a growing reality. In my humble opinion that Census statistic should give justification for a border poll on maintaining the Union but whether it happens this year or in 5 years, it doesn’t really matter.

Why it doesn’t matter is this: being British is a personal perception.

Any of the 1.811 million people here can perceive himself/herself to be British, Irish or both, indeed some choose neither and opt for Northern Irish.

Any of the 1.811 million people can perceive & lawfully choose to be a British Citizen, an Irish Citizen or both.

Therefore I would appeal to Arlene & Michelle to stop the divisive sabre rattling. Stop grandstanding to your own voters which together are less than 49% of the electorate here, and less than 25% of the population here!

Get back to good governance for all, capacity building & creating political delivery that the population of here craves – whether they perceive themselves British, Irish or other!

Social share:
Previous ArticleLove the elderly and let them enjoy our children – By Helen McClements
Next Article Independence may come back on the Agenda in Scotland – By Andrew Collier