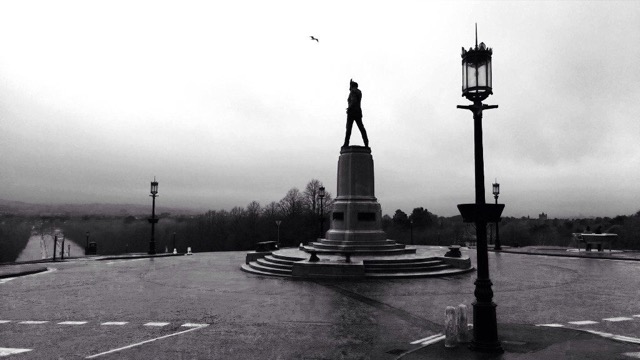 Here we are in September running out of political road.

There is a decision to be made by the British and Irish governments; a decision about how much more time they can allow for a talks process that already has exhausted patience and that has been drained of credibility.

Wrongly assessed by DUP leader Arlene Foster as a “game of chicken” in January, these months later, the political deadlock could easily become a Stormont endgame.

There is not much time and, if publicly stated positions are absolute, then there is no time.

British Secretary of State James Brokenshire and Irish Foreign Affairs Minister Simon Coveney, will take the pulse of the parties over the next 48 hours, another check to determine what life if any is left in this process.

What can they talk about over the next couple of days that they haven’t already discussed and re-discussed over recent months?

Are they talking just to talk; not wanting to end this Stormont process; knowing that if there is a complete collapse, then it will take a very long time to restore devolution?

Any notion of a game of bluff in January must surely have disappeared by now.

This is serious – becoming critical.

The DUP MP Sammy Wilson was tweeting this weekend as he was last weekend – this time linking to comments by colleague Gregory Campbell. 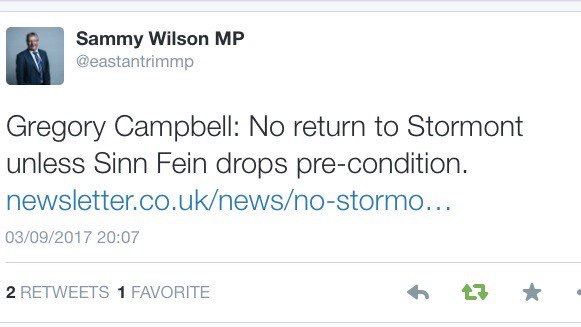 The question of an Irish Language Act is but one issue to be resolved. There are others; talked about, talked around, talked into the dead end that now characterises Stormont politics.

If Brokenshire and Coveney had a big game-changing card to play, then we would have seen it by now.

Will they give the talks yet more time?

What would that achieve?

It would change the numbers but not the issues.

Might they think of some outside chair to take charge of the talks?

Or will there be some British/Irish agreement or understanding on the next steps?

Apart from a Stormont deal, there is no good option; and there is not the slightest suggestion that such an agreement is possible – not now, not in the standoff and stalemate of past months.

There has been a political breakdown. There is no trust. No soft landing.

Elsewhere on this website, Nichola Mallon and Kellie Armstrong set out the thinking of the SDLP and Alliance; but in these negotiations there is no will and so there is no way.

There is that big decision to be made on the condition of Stormont – can it be saved or is it lost?

It should not take much longer for that question to be answered.