You are at:Home»News & Current Affairs»“The Peace is harder to win than the War” – By Brian Rowan
Social share: 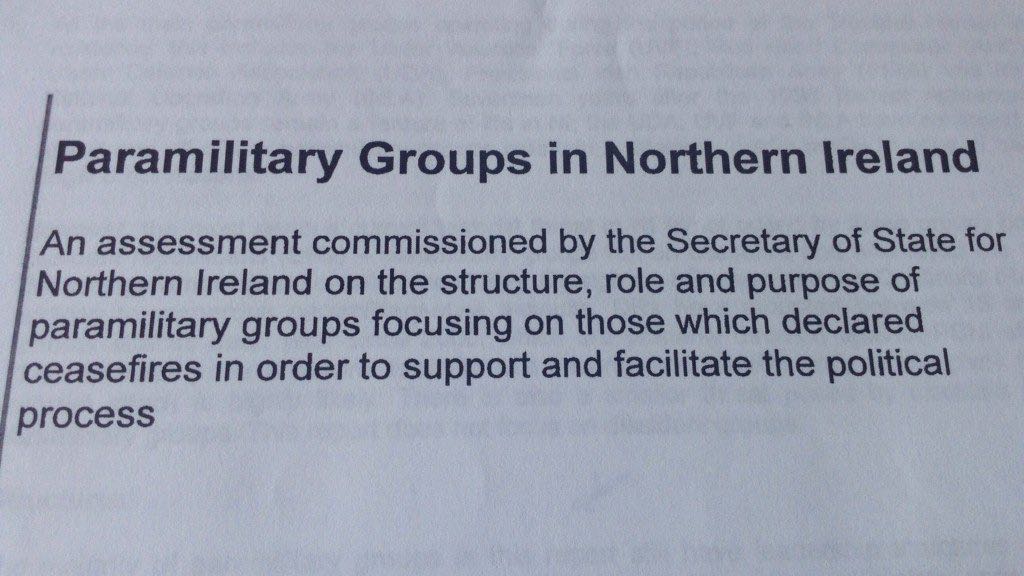 Why this inclination to spit on everything the loyalists try to do?

We see it and hear it in some of the responses to the move by the Red Hand Commando to achieve “deproscription”.

It made that application to the Home Secretary  which has now been referred to the Northern Ireland Office.

Any policing and intelligence assessment of that application was always going to happen here.

Deproscription, if achieved, would mean the legalisation of the Red Hand Commando title.

It would not wipe the slate clean in terms of that organisation’s involvement in the conflict period. It is not an amnesty.

So, why not just disband, go away, vanish?

These have been some of the responses to this latest development.

Just read the 2015 intelligence assessment of the ceasefire organisations.

Not one has disbanded. Not the UVF, the UDA or the Red Hand Commando – not the IRA.

There may no longer be ‘war’-type leaderships, but all retain a structure of some description.

One of the statements revealing the decision of the Red Hand Commando to apply to be removed from the list of UK proscribed organisations, includes the following sentence: “It is many years since the RHC was engaged in violent or criminal activity.” 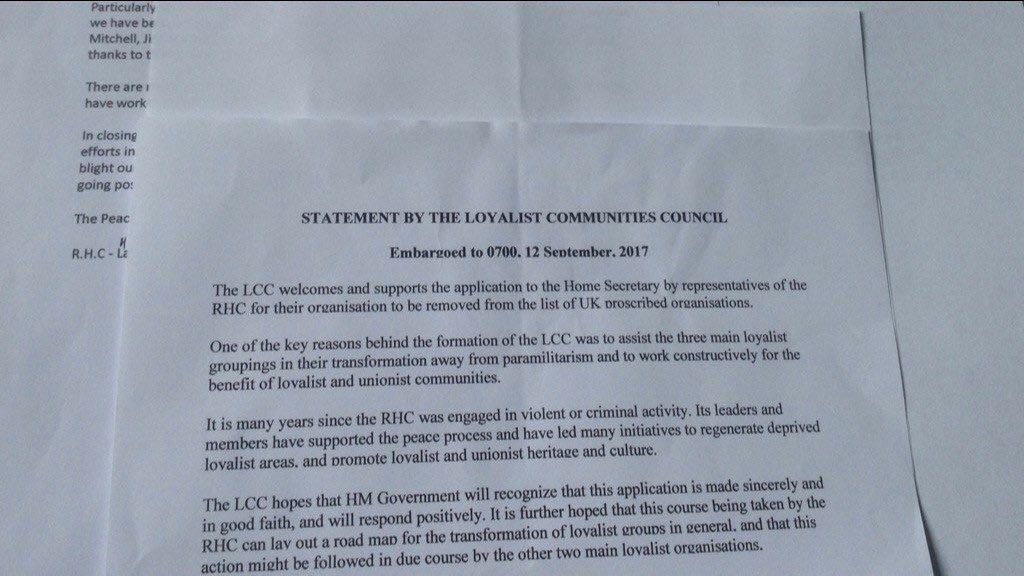 Well that is about to be tested.

In making this application, the loyalist organisation has opened itself up to the most detailed of policing and intelligence assessments.

What will they reveal?

Might other organisations, as suggested in a statement from the Loyalist Communities Council, make similar applications in the future?

Only if they want that same policing and intelligence scrutiny.

There are members of these organisations who won’t want to be subjected to such assessment.

This Red Hand Commando application is something of a test case. It may change nothing.

It may well be rejected, but the intelligence assessment of the organisation will be read to see how it compares with what was said in those statements released on Tuesday.

Should any organisational title linked to the conflict period be legalised before there is a process on the past?

It is another question – another part of this debate.

There is no simple answer, but this many years after the ceasefires, we know that the magic wand of disbandment does not exist.

All of these organisations are still out there in some shape or form.

They haven’t gone away.

Social share:
Previous ArticleMORE TALKS – BUT IS IT TOO LATE TO SAVE STORMONT? – ASKS BRIAN ROWAN
Next Article Brokenshire has offered nothing to break political deadlock – By Steven Agnew