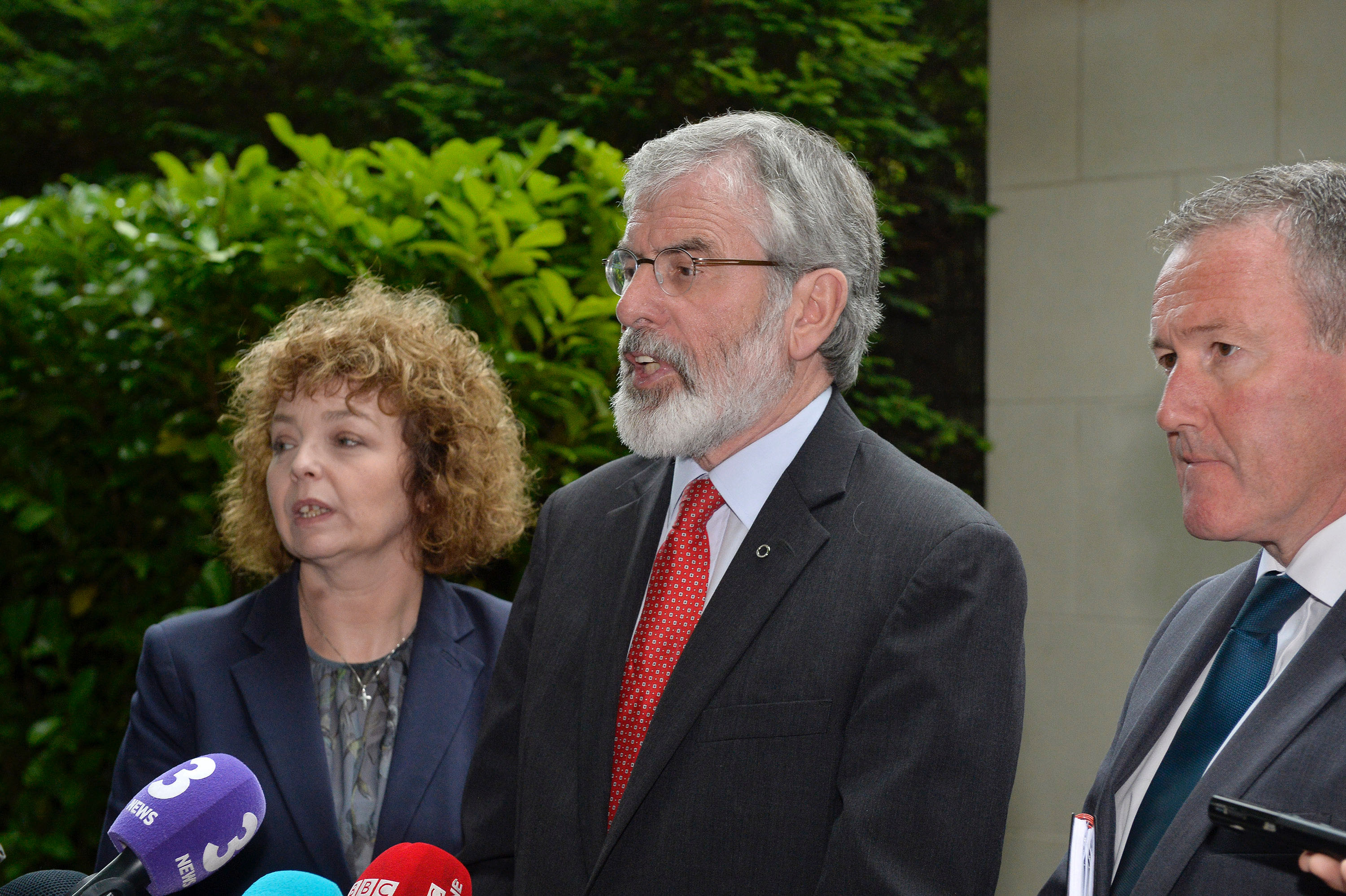 Reading the front pages of Monday’s newspapers, I wondered if I was missing something. A change of ‘tone’ seems to be leading to the hope of a deal at Stormont. The change of tone in question has apparently come from Gerry Adams during his address at a republican commemoration in Ballymurphy on Sunday.

I wasn’t at the commemoration and therefore cannot comment on the tone used, but I have listened to and read what he said. I picked out nothing that has changed. Nothing that Gerry Adams actually said was any different to what any member of Sinn Fein has been saying since bringing down the Institutions and vowing that there will be no return to the status quo. All the DUP have brought to the ping pong table is an offer to return to the status quo.

“The DUP has no preconditions and stands ready to re-establish an Executive immediately”, claims Simon Hamilton.

I have heard this line from several DUP elected members.

“We will not accept cultural supremacy for one section of our community. There is enough space for mutual respect and a shared future”.

Remember that it was the DUP that created the current public support for an Irish Language Act when Minister Givan removed his department’s £55,000 Irish Language Bursaries Scheme against officials’ advice. In his message he wrote “because of ‘efficiency savings’ the department will not be providing the Líofa Bursary Scheme in 2017. Happy Christmas and happy new year.”

This was at the same time as the ongoing RHI scandal.

If indeed we are to believe that the DUP stand ready to re-establish an Executive, then let them come forward with the propositions upon which they are prepared to move – a Bill of Rights? Marriage Equality? An Irish Language Act? Gender Equality? Ethnic Minority Rights and a Hate Crime Strategy?

There are numerous equality strategies missing or not brought to fruition by previous Executives, take your pick. Will they cease to abuse the petition of concern? How about the introduction of a mechanism for Ministerial Accountability? Or perhaps recent High Court rulings on our legal failure to meet minimum human rights standards on abortion could be offered? Just a suggestion. No? Then perhaps the DUP are simply paving the way to re-balance the cultural dominance of Unionism in Northern Irish life. Who knows?

Meanwhile back at the ranch the man with no plan, the Secretary of State, seems content with no plan. Deadlines come and go. There are no all-party talks, no solutions on offer, no independent chair. No sense of urgency or engagement from the PM. We listen to the mantra of no hard border but still no sense of what is being planned.  His only commitment to addressing legacy issues for victims and survivors has been to further embed national security as a blockage to moving forward on previously agreed deals and announce a public consultation, again, to gather views.

What is really needed from James Brokenshire is leadership, clarity and direction. We need to know what the Conservative Government plans to do with this stalemate. What might a return to direct rule look like? How long will this take to establish? When would we see a return to devolved powers? How would this work?

Will elected MLA’s be stood down? How would direct rule impact upon the confidence and supply agreement with the DUP?

We should also consider where Northern Ireland sits on the growing list of Tory Brexit priorities. Furthermore, there has been virtual radio silence on the likely implications for the Belfast/Good Friday Agreement!

Regardless of what tone you choose to read this in, it remains apparent that nothing has changed. We are still flailing in a political vacuum and expecting two parties to reach an agreement and to move us forward – one party that espouses a united Ireland – the other which was anti-agreement from the start.

Mr Adams did not change the Sinn Fein tone. Sinn Fein have always said they are up for negotiations and the re-establishment of the Institutions but there will be no return to the status quo. The DUP have also been consistent in crying, “never, never, never”.