You are at:Home»News & Current Affairs»Time for Sinn Féin and DUP to show their hands – By Kellie Armstrong
Social share: 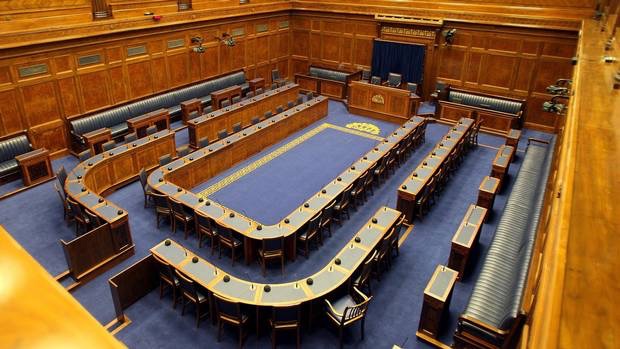 This week we should be seeing the re-energising of the entire talks process, with efforts to restore devolution intensified.

In reality, the process of drift that infected things has recommenced from exactly where it left off before the summer.

This was encapsulated by the call last week to restart the main talks process this week. Why not last week? Why even have a break at all?

Alliance has been engaging in bilateral discussions over the summer, as well as meetings with various stakeholder organisations, since the formal suspension of talks in July.

There is certainly a question as to the commitment of both the larger parties to the process as a whole and reaching a sustainable outcome from it.

It is clear both the DUP and Sinn Fein are currently playing cynical games with the future of devolution, which is a dangerous ploy – not just for them but for everyone.

While they talk in public about their commitment to talks and devolution, their actions belie these rhetorical pledges.

With alarming regularity, DUP MPs from their Westminster pulpit are urging the implementation of direct rule.

Of course this would play directly into DUP hands given the power and influence they currently enjoy holding over the Conservative Government. Effectively they could end up managing Northern Ireland through the backdoor.

Sinn Fein meanwhile are seemingly content to continue to ride several horses – they keep open the option of pursuing their wider, and legitimate, constitutional aspirations, happy to see Northern Ireland becoming perceived as a failed state under Tory rule and a hard Brexit chaos.

Little if any effort is being made by Sinn Fein to find any cross-community consensus on what a special deal or special status under the impending Brexit could look like.

Furthermore, they are trying to distance the absence from an Executive from the ever-growing crisis in our public services, running contrary to the clear logic of the situation.

In the midst of all this, Brexit is hurtling its way down the tracks like a runaway train with no clue as to its destination or how hard it will hit.

Brexit has undoubtedly put the constitutional question back on the table, making it much harder to create and sustain any sense of the common good needed to maintain coherent and effective government in the process.

Locally accountable devolution is the only viable form of government in the divided society and contested space that is Northern Ireland. In particular, the need for self-government answerable to people here is brought into sharper focus on an almost daily basis, with the current proposed in-year health cuts the most pressing issue, and our voice going unrepresented in crucial Brexit negotiations in which the fate of Northern Ireland and the Irish border are at the top of the agenda.

The two largest parties, the DUP and Sinn Fein need to prove they are genuine about wanting to see the political institutions restored and convince the rest of us that neither of them is working towards ‘Plan B’ either in word or in deed.

They can start this through energising an inclusive talks process without any further delays. Lives are literally dependent on it.