You are at:Home»News & Current Affairs»TEA MAKER and PEACEMAKER – By Brian Rowan
Social share: 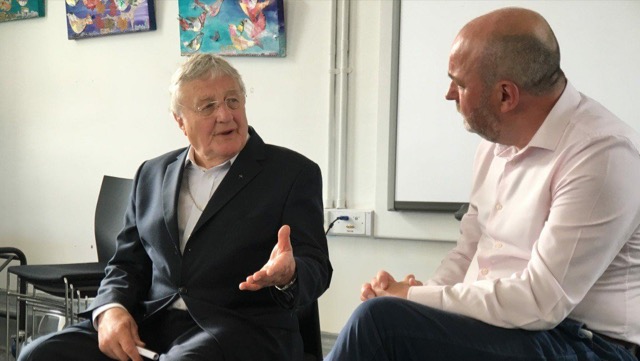 You listen in the company of Harold Good and you learn.

On Tuesday as part of this year’s Féile an Phobail programme of conversations the churchman talked us through some remarkable meetings and moments; stretching from the 1950s right up to recent times.

He spoke of his father’s solo-run to meet with a republican leader more than half a century ago when other church leaders felt the time was not right; a meeting that was about arguing for another way – something without violence.

Then he turned to his own experiences in the States and in Belfast in the turmoil of the 1960s – the racism, sectarianism but also the kindness and hope; he, with others, understanding that the role of the church had to be about much more than “first aid”, more than reacting but about trying to make bridges out of threads and strings and rope.

His peace-making dates back to then. He hasn’t stopped – in running terms, a pace maker often ahead of the pack.

He spoke on Tuesday about the example and influence of other Protestant clergy – those who met with republican leaders at Feakle in County Clare in 1974; a dialogue interrupted by a police raid, and he quoted Ruairi O Bradaigh’s description of those talks as a “what if” moment in history.

What if that police raid had not happened? What might that dialogue have achieved?

Good witnessed the horrors of the conflict years; men dying on the floor of his church on the Shankill; also his digging with others in the rubble after an IRA bomb on that road in 1971 and the bodies found that day.

Many years later, at his home outside Holywood in Co Down, he facilitated a conversation between Gerry Adams and Alan McBride -a private, uncomfortable yet remarkable meeting.

McBride’s wife and father-in-law were among the victims of another IRA bomb on the Shankill Road in 1993; among the dead on that Bloody Saturday.

Good describes himself not as some”great peacemaker” but the tea maker, creating the safe spaces in which such conversations can take place.

In this festival conversation, he described his first meeting with Martin McGuinness in Derry, when the republican leader noted every word of ten points Good and David Gallagher with other Methodists had prepared for this conversation.

A working relationship and a friendship grew out of that meeting. Good said he and McGuinness became “soulmates”. 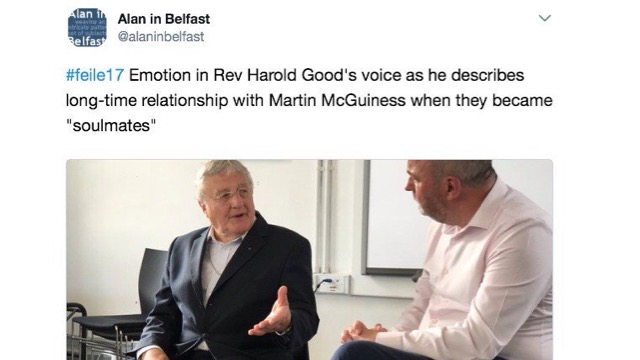 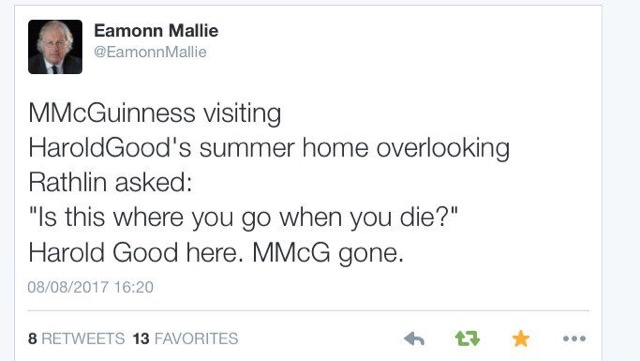 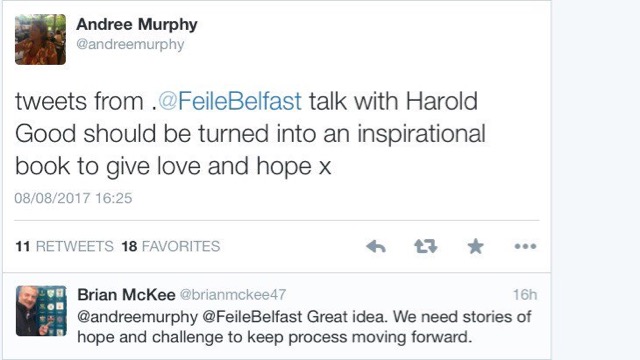 A decade later, Harold Good with Father Alec Reid would be the church witnesses to IRA decommissioning, and then the men tasked with persuading Ian Paisley that the job had been done.

Mr Paisley protested he hadn’t seen anything to which Good replied:

“How much more blessed are those who haven’t seen and have believed.”

A path was being created to the first DUP and Sinn Fein Executive – a power-sharing arrangement that lasted a decade but collapsed earlier this year.

In the political effort to rebuild, Good with others has been seen on the fringes of those discussions; always trying to make those bridges that for decades have held this place together. 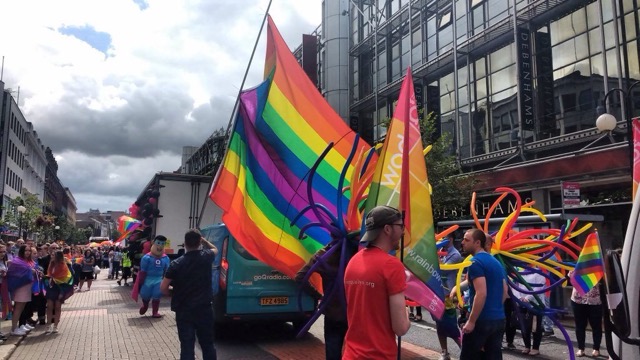 Politics will have to change – the job of work another new beginning.

Taoiseach Leo Varadkar delivered a tough message on a post-Brexit border in a speech at Queen’s University last Friday, and the question of rights will have to be answered if there is to be a deal at Stormont.

Good’s message on Tuesday was not to give up hope.

As he spoke, his audience listened.

You could have heard a pin drop as the churchman reminded us of what has changed and what still needs to happen.

Peace-making is always a work in progress.