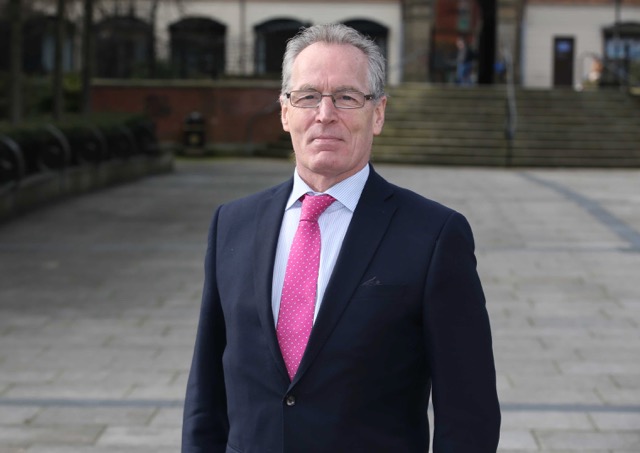 Serious concerns have been raised in recent judgements in relation to legacy issues. Both contain scathing indictments of the PSNI policy and practice.

Despite the seriousness of these judgments, media coverage has been limited. No attempts have been made to analyse the carefully worded arguments and conclusions in the judgements.

This ignores the potential impact on our ability to develop the necessary levels of confidence in our new policing dispensation and the requirement in law to establish legacy mechanisms capable of carrying out investigations compliant with Article 2 of the European Convention on Human Rights.

The first judgment was delivered by Justice Stephens on July 21st. This related to a UVF informant who had on two occasions tried to murder John Flynn in north Belfast in 1992 and 1997. This was confirmed some time ago in the Police Ombudsman’s Ballast Report, which showed how the informant was shielded from prosecution by his RUC handlers.

A court ordered the PSNI to produce a list of documents requested by John Flynn in February 2012. However, numerous attempts by judicial figures to ensure compliance by the PSNI with the court order since then have all failed.

Justice Stephens recounts in his judgment that, “years have passed without compliance and there is no clear acceptable plan for future compliance”.  Furthermore, he states, “the rules of the court are there to be observed as are orders of the court”.

The PSNI have now been ordered by the court to provide the requested discovery by October the 1st this year or their defence will be struck out. Will they do so or will disclosure and justice be thwarted again and  this time accompanied by a hefty financial cost to the public purse?

A week later on July 28th Justice Treacy delivered a further indictment of current practice by the PSNI who continue to refuse to carry out an overarching inquiry into the activities of the Glenanne Gang, with collusion at its core.

The Glennane Gang, comprising members of the RUC, UDR and loyalist murder gangs are believed to be responsible for more than one hundred murders.

Justice Treacey’s judgement recounts how in 2010 the PSNI led at the time by Chief Constable Matt Baggot and the Crime Operations section, began the process of dismantling the ‘package of measures’ that the British Government had under pressure presented to the Committee of Ministers in Europe.

These measures were designed to address the violations by the British Government of their obligations under Article 2 of the European Convention on Human Rights for independent, prompt and effective investigations into conflict-related deaths and to prevent such failings from happening again.

The Treacey judgement went on to note that in May 2014 a new terms of reference was ratified by the PSNI for the Historical Enquiries Team (HET) and its successor the Legacy Investigation Branch (LIB) an internal PSNI unit.

This prohibited the LIB from undertaking the overarching thematic investigation in cases of alleged state collusion that the HET had promised to victims’ families. It also limited the role of the LIB to a strict review and non -investigation remit. These changes in structure and process ensured that most, if not all of the essential safeguards which the British Government agreed with the Committee of Ministers were dismantled.

As a matter of urgency the current Chief Constable and his senior executive team must address the issues raised in both judgments.  Any discovery of information or documentation ordered by the court must be delivered in a prompt and acceptable manner.

Furthermore they must provide a credible explanation on who took the decision to dismantle the package of measures agreed with the European Committee of Ministers.  And why? Did they get British Government approval?

Justice Treacey’s swingeing judgement follows those of the Inspectorate of Constabularies and the Joint Committee on Human Rights at Westminster who also made clear that the LIB did not meet the required standards.

The British Government is due to respond to the European Committee of Ministers early next month. Their response will make interesting reading, as their much heralded ‘package of measures’ has been declared dismantled and with no acceptable alternative in place.

Families seeking truth and disclosure now face into a scenario where no independent legacy investigation mechanism is in place. This is compounded by the British Government’s continuing refusal to adequately fund other mechanisms possessing the ability to deliver information discovery through either the Police Ombudsman’s investigations or the Lord Chief Justice’s 5-year plan to clear the backlog in legacy inquests.  Such a scenario is unacceptable and a clear breach of the British Government’s international obligations under Article 2 of the ECHR to provide prompt, effective and independent investigations into conflict related deaths, some of which have occurred over forty years ago.