You are at:Home»News & Current Affairs»Politics and policing – it’s still a tug of war – By Jonny Byrne
Social share: 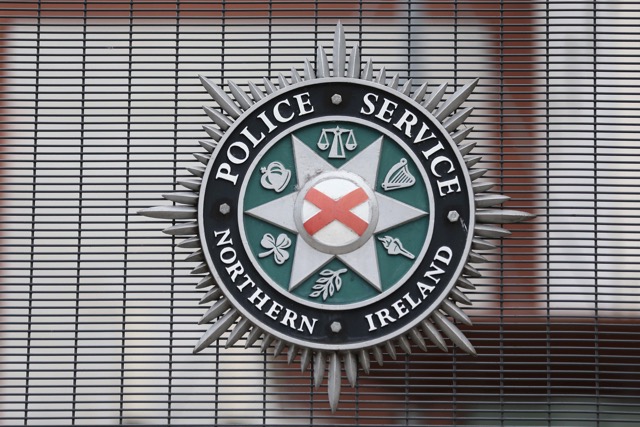 Take a minute to digest the fact that we haven’t had any meaningful form of government since December 2016 – our society has been characterised by an absence of political decision-making, no processes of accountability, no policy making, and no mechanism to improve the lives of the most vulnerable.

Our politicians, and the two governments talked a good game, and all concerned told us that the discussions and engagement would continue over the summer, yet we see no progress, and the political environment appears hostile, deflated and stripped of optimism – how long can the public be taken as fools?

While media and public attention is directed towards Stormont and the restoration of devolution, there is another institution equally as important, that is being placed at risk because of political deadlock.

Policing is without doubt one of the successes of the peace process, and a visible manifestation of the transformation from armed conflict to peace.

However, the reluctance, refusal or hesitation of some of our politicians to ‘do the deal’ and provide a new vision for this place, has meant that the PSNI have become embroiled in challenges not of their making.

Now, it is important to acknowledge that aspects of policing are far from perfect, and the transition far from complete; there are many issues with the consistency of service delivery and policing with the community, but the future direction of travel in Northern Ireland is set by politics, and more failure simply jeopardises the ‘hard wins’ made by the architects of the peace process.

In 2017 the reality for a police officer bears little resemblance to that envisaged by Patten in 1999, when he openly talked about a ‘new beginning to policing’.

Fast forward nearly twenty years and the current policing environment means that new officers must be careful in whom they confide what exactly they do: create a cover story that allows them to explain their shift patterns of work to people whom they cannot fully trust; check under their vehicles (and family members’ vehicles) every morning; take alternative routes to work on a daily basis, and deliver ‘policing with the community’ while wearing full body armour in a vehicle with ballistic protection.

Furthermore, the police are often seen as arbiters for society’s inability to address community, cultural and historical differences.

Time and time again, the PSNI are being asked to manage the outcomes of contested issues surrounding flags, bonfires, parades and the legacy of the past.

If we have exhausted all political and community responses to these problems, then certainly a policing response should follow. However, given the summer that we have just had, there is no evidence to suggest that some of our politicians have the stomach to deal with them, and find a non-policing solution. As a consequence, the PSNI from constable to chief constable, appears to be only one incident away from damaging the peace and political process.

As for dealing with the past, the reality is that some of the criticism of the PSNI would be better directed st Stormont and its elected members.

Resolution of the legacy issue rests with legislators and not with the Chief Constable.

Furthermore, the calling for resignations, and associating old policing with new, simply erodes contemporary public confidence in the policing institutions; provides obstacles to the recruitment of those from the Nationalist and/or Republican community, and has the potential to reverse many of the personal sacrifices made by civil society around building legitimacy for the PSNI.

The current piecemeal approach to this issue is failing everyone. Therefore, we must remove ‘legacy’ from the PSNI if we want to ensure the success of the policing project.

Finally, there is a growing narrative that politics here will be broken until after Brexit, which has significant implications for the Policing Board.

Essentially we have been operating without a constituted Board since Easter 2017.

The public body is responsible for holding the police to account and ensuring everyone has an effective, efficient, impartial, and representative police service.

While the independent members continue to engage proactively with the public and work closely with the PSNI, there is only so long that it can function without political representation.

In a past life, under similar circumstances, politicians could re-designate as independent, but would that fudge be acceptable now?

The reality is that the PSNI need the Policing Board, for they provide the oversight, which establishes the legitimacy, which increases public confidence. Without such a mechanism, the risk is that the public begins to question the effectiveness of the police and feel they have no voice in influencing and shaping the policing agenda.

The transformation of policing was one of the most difficult and emotive issues in our peace and political process, one that required individuals from all sides to take monumental personal risks. The fear is that people have now taken the community and organisational sacrifices for granted, and don’t see the unpicking of all that progress.