You are at:Home»News & Current Affairs»‘All of Our Political Futures Are now Part of a Broader Canvas’ – By Colum Eastwood
Social share: 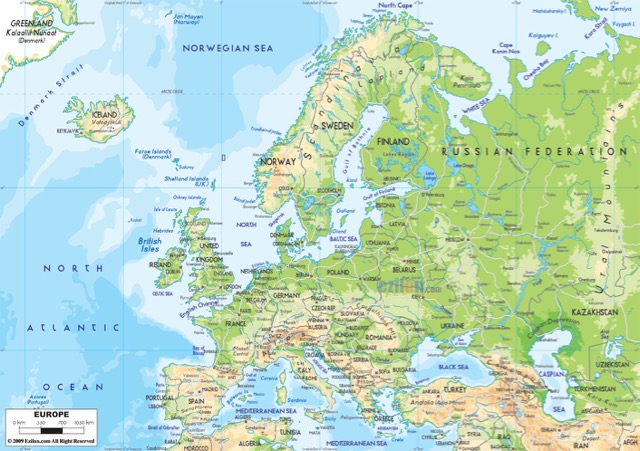 The core of this piece was supposed to be about the stalled Stormont talks and the prospect of devolution returning to the North.

As I began to write though, I could feel the boredom slipping into my fingertips.

It wouldn’t be a very tempting article to write and therefore I imagine would be even less tempting to read.

Everyone knows the position in which northern politics is currently, so there’s very little point in repeating it. It’s all been said already.

We have two big parties with two big mandates yet neither has the confidence to compromise. So as far as the Stormont talks go, the summary reads – we are where we are and we are where we were.

The strange paradox of this summer is that outside of our own bubble of stalemate, almost everywhere else politics is brewing and bubbling with possibility.

The Brexit vote and this period of negotiations has thrown up questions and conundrums which have at times lain dormant but have never fully gone away. The biggest catalyst in the resurfacing of those challenges has been the threat of a new border in Ireland, a border which would be established against our consent.

What history often termed as the ‘Irish question’, a divided land and a divided people, was once contained between these two islands; it is now however the consideration of an entire continent in the shape of the EU.

That means that all of our political futures are now part of a broader canvas of change and much of it will be decided at a higher tier of political power.

In that context, it would be foolish to presume that the ‘Irish question’ can still be viewed and confronted through the prisms of the past.

Old questions have now moved on to new ground.

The choices ahead of us go way beyond our familiar story of identity and territory, unearthing new contrasts and deep divergences.

Through Brexit, we are witnessing one island attempting to retreat into the false nostalgia of an imagined past, embracing a cocktail of political panic and economic protectionism.

On the other hand, our own island retains its ambition of building an open economy and society, not beholden to globalisation, but willing to shape the opportunity it offers. That economic openness was mapped out by Taoiseach Seán Lemass and T.K. Whitaker over 50 years ago and there is no good reason to abandon it now.

That divide between an open and a closed society is probably most polarised when it comes to the movement of people.

Britain has become increasingly uneasy with the modern shifts in its societal demographics and thus immigration controls have come to dominate many recent elections and ultimately the Brexit referendum itself.

In contrast Ireland needs the people – our job is to build a country which welcomes them.

Our road to a prosperous and pluralist future lies in an Ireland proud to be an island of minorities, providing belonging and fairness to all.

All of these emerging contrasts mean that the constitutional choice will inevitably surface.

This is a time when nationalism has rightly been challenged to give definition and detail as to what this New Ireland will look like – a job all of us have failed to do thus far.

Simultaneously, ulster unionism must finally free itself from its default position of retreat and retrenchment and seriously consider what form and future they envisage for a United Kingdom which is shaking at its very seams.

Even to the casual observer, this is a moment of big politics and big decisions. Much of it is unprecedented and some of it, if not handled sensitively, could very well be dangerous. However, this is also the stuff that real politics is made of.

Each of us in political life will now be asked to give thorough articulation to the future which can best provide for the economic and social needs of this island, north and south, delivering both wealth and social justice.

Any politician worth their salt should long to live in such a time of choice and consequence.

And that brings us back to the frustration and the stalemate at Stormont.

Northern politics has long been used to the outside world looking in on us but that time has long since passed – we’re now in a moment when everyone is focused on a much wider horizon.

We can either be part of that landscape of evolving change or we can continue to opt out – we can either use our institutions to positively influence the lives of our people or we can leave them to wither, betraying our responsibilities.

For this island, as the stillness of the political summer comes to a close, a defining autumn awaits.

Social share:
Previous ArticleIf you can be bought, then you can be sold, and our Unionism is most emphatically not for sale – By Robin Swann
Next Article Gauntlet thrown down to Custodians of Arts in Northern Ireland – By Winston Irvine