You are at:Home»News & Current Affairs»Together we can make it happen – by Mark Thompson
Social share: 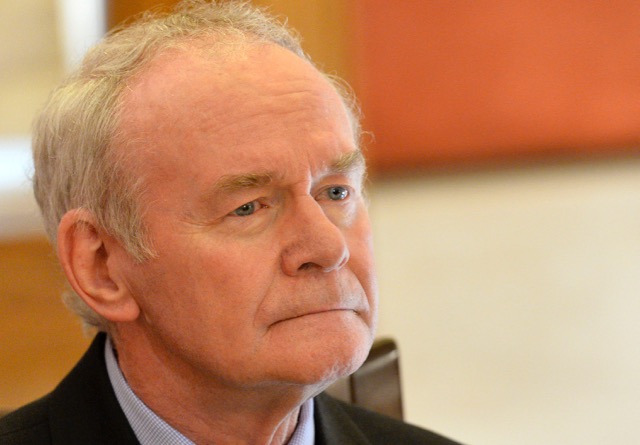 When the late Martin McGuinness MLA decided to withdraw support for the executive, which at that point had become untenable, it was truly a measure of last resort.

His efforts behind the scenes in a bid for the DUP to see sense and salvage some hope were rebuffed. And all this effort between medical appointments, treatments and leaving hospital against doctor’s advice, was completely characteristic of a man who continuously gave his all and took his responsibilities seriously.

Having known Martin I’ve no doubt that there was also a degree of deep personal regret.

For the previous decade Martin had patiently sought and successfully built relationships with his unionist and DUP counterparts. This was demonstrated in the first executive with the late Ian Paisley that in a way confounded even the most cynical and harshest of critics. Martin dedicated himself and rightly also challenged and stretched republicans and nationalists too.

His programme of reconciliation work, outreach and accommodation, and commitment alongside his political responsibilities are without question and the record more than attests to this unique quality.

There was a very modest and unassuming nature to Martin’s character that was endearing to most who met and genuinely engaged with him.

Since the dissolution of devolution and the tragedy of Martin’s passing both governments and the parties have been engaged in discussions about restoring the executive.

Rightly so the various interest groups around health, education, business and commerce have all been calling for restoration.

The collapse of the executive was precipitated by the RHI scandal, which was the final straw. But there had also been a complete failure by both the DUP and the British government to implement previous agreements around legacy and a range of other human rights measures from language rights, a bill of rights to LGBT rights.

The combined efforts of the UK government, via the SoS and NIO, and the DUP sought and continue to frustrate any advancement at addressing the legacy of the past with only superficial engagements.

Advices from the EU Commissioner on Human Rights, reports from the UN, proposals from the Lord Chief Justice, and a plethora of court rulings and commentary have all been ignored in the same way Martin McGuinness was ignored when raising these same issues.

Victims of the conflict are citizens who also want the executive restored. They too require sound structures of government for health, education, business, employment, community and social development, and general stability for themselves, their families and communities.

But they also realize that forming an executive without implementation of previous agreements around legacy is like building on a foundation of sand that will inevitably sink.

As citizens we all have a common interest in seeking to establish an executive that works in the interests of everyone and which is built on solid foundations of equality and justice. In a 2011 report on conflict, security and development the World Bank directly linked the issues of justice and security to development.

That is why we are calling on the business community, the CBI and Institute of Directors, educationalists, health campaigners, and the various interests groups, to at least be aware of each others needs and to hopefully support each other’s interests in an inclusive approach aimed at restoration.

Where we can, let us begin to build and raise collectively all areas of need. Let us explore our commonality in the realization that each other’s interest is also our own interest. That resolution to one key issue is also the key to unlocking and realizing our own objective. Let’s support each other.

An executive that works in the interests and upholds the rights of all our citizens is the only way forward and the only way to succeed.