You are at:Home»News & Current Affairs»Gauntlet thrown down to Custodians of Arts in Northern Ireland – By Winston Irvine
Social share: 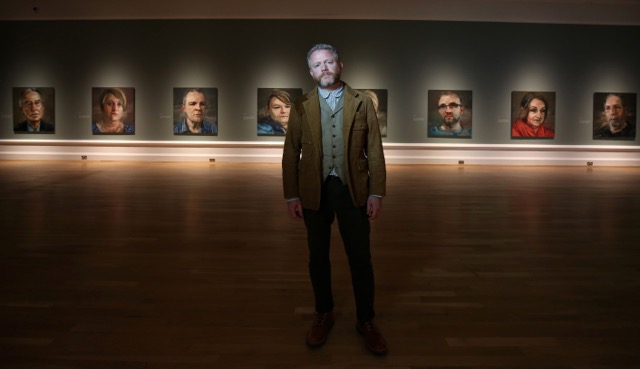 I was involved in an event at Feile An Phobail last week, principally about marching bands and understanding Unionist and loyalist marching culture, to which people from both communities in West Belfast were in attendance.

The success of the event, unexpected to some, was that different perspectives were presented to allow things to be seen differently, increasing awareness and empathy, opening understanding and positively affecting attitudes and changing the tone of engagement.

The film documents the social and economic impact that marching band culture makes locally, from engaging mainly working-class people, to exporting instruments internationally, and the indisputable economic and cultural benefits of The Twelfth.

Art forms such as theatre and drama help to better explore controversial issues without tearing off the scab of past injuries – delicately treating unhealed historical wounds, as well as engaging with people’s hopes and fears.

The Easter Rising and Somme re-enactments allowed for the non-threatening expression of strong feelings of national pride and national sacrifice as opposed to simply organising mass rallies.

Another event at Feile an Phobail 2017 saw the playwright Beano Niblock and painter George Morrow, both former loyalist combatants, read poetry and exhibit.

The use of documentary with Traditions and Transitions helped to demystify some of the negative myths around marching band culture, and to counter the stigmatisation and vilification of a large section of the community.

There are many other examples, on a small scale, of where the arts have contributed to increased understanding and improved relations between working-class communities and people affected by the conflict.

A number of recent dramatic productions such as Phil Orr’s Halfway House, engaging with two women’s reflections on the events of 1916, and Laurence McKeown’s play Green and Blue, about An Garda Siochana and the RUC policing border areas, show the ability of the arts to accommodate complex and competing narratives.

They also provide a space and opportunity to bring people together and provide an arena in which individuals and groups can encounter one another in discussion, and conversation helping to develop new reference points for better and clearer understanding.

Given the complexity of conflict and its legacy, our approaches to building relationships, addressing the past and embedding peace must be equally complex.

We must be able to accommodate competing narratives of the past, countless stories of hurt, loss and disruption, as well as supporting those who feel they have no voice or are unable to properly articulate or convey what they have to say.

The creative arts have a significant and undoubted role to play in achieving this – saying this is nothing new, the arts have been used in our recent context here for decades, and globally for centuries after countless conflicts and wars.

Who can fail to be touched by Colin Davidson’s powerful and haunting portraits as part of his Silent Testimony series, capturing the loss and suffering of victims of the conflict.

Regardless of the background of the victim or the observer, the portraits succeed in uniting people in an understanding of the pain and despair of so many.

Colin Davidson perfectly demonstrates the power of the arts to unite.

However, before we can talk about the power of the arts to unite, we must also consider that for many people, particularly from working-class communities, there are significant barriers to accessing the arts.

Again, saying this is nothing new. If we want to fully realise the potential for the arts to unite communities that have been divided by conflict, then we must firstly address the social inequalities that marginalise people from the arts in the first place.

How we achieve this is multi-faceted and both strategic and practical – it is about providing support, recognising people’s rights, and allowing for the legitimisation of art forms that are important to a large section of the community.

This should include representation from working-class communities on statutory or public bodies responsible for the arts as well as properly resourcing art forms that reflect and represent the authenticity of the lives of communities.

Only in this way can truly open up the arts (especially in working-class communities) as a way to assist society in recovering from conflict, division and hurt.

While people feel they do not have ownership of the arts, they are unlikely to engage with exhibitions such as Colin Davidson’s Silent Testimony in major arts venues.

Because of this something important is being lost – art forms, like Davidson’s paintings, mediate a power that sometimes discussion alone cannot achieve, providing an alternative language through which new relationships can be developed and new ideas discussed and explored.

The complexity of art forms, whether they be film, drama, painting, story-telling, music, literature allow for complex issues to be articulated, shared, analysed and interrogated.

The documentary short film shown at Feile an Phobail is evidence of this.

Here we had authentic voices engaging with their own history, their own participation in culture and the importance of that culture to their community.

Just as importantly, this experience was shared with people from other backgrounds and traditions, encouraging mutual understanding and respect – the foundations of any lasting resolution to conflict.

Engaging in the arts alone will not transform conflict and sustain peace.  However, the arts can act as an incubator for ideas, new connections, networking and relationships and stimulate new ways of thinking and talking about difficult issues.

They can also help to develop a new fabric across communities, a fabric that makes them more robust and interconnected, particularly as challenges may appear unexpectedly in the future.

Healing is a difficult and convoluted process which involves many stages and which takes many forms.

The arts should be an integral part of this process, open, accessible and available to all.  It should also be a process through which everyone’s experience is recognised as valid and their chosen form of expression tolerated, encouraged and given the legitimacy that is afforded to others.

We all bore witness to the legacy of intolerance, exclusion and cycles of violence.

The arts can help us to create and bear witness to a better future.

Interpreting people’s experiences and stories is vital to healing trauma and mending communities.

The arts can give voice to marginalised and stigmatised groups and help to foster empathy and tolerance.

Arts provide a positive mode of expression and an alternative to threatening and destabilising actions. They humanise rather than dehumanise and provide a language that we all can share in.

Returning to the showing of the short-film at Feile an Phobail, and the unprecedented presence of loyalist bandsmen from around the Shankill and its surrounding areas in the room, one couldn’t help but notice the nervous energy of everyone there.

Yet at the same time there was an atmosphere of respect, an atmosphere in which people wanted to understand and learn more, and a kind of co-operation for mutual and equal benefit.

Art has the power to transcend division and become an agent for change, enhancing peace building efforts and contributing positively to reconciliation and lasting peace.

Emerging peace building approaches must embrace the opportunity to develop new forms of artistic expression which explore questions of identity, culture and the Past – embracing these as inclusive as opposed to divisive and controversial.

The Polish poet and Nobel Peace Prize winner Wislawa Szymborska in her biographical poem, The End and the Beginning, provides an illuminating example of wisdom and meaning through her artistry:

After every war someone has to clean up.

Things won’t straighten themselves up, after all…

what was going on here

for those who know little.

And finally as little as nothing.

In the grass that has overgrown

someone must be stretched out

blades of grass in his mouth

gazing at the clouds.

Regardless of our differences and histories and aspirations, the one thing we all share in common is the desire to ensure that we create something better for our children, our families, our community and the society in which we live in.

So let us ponder what role the arts can play in helping us overcome our ancient quarrels, present difficulties and future challenges and realise a future that we can all prosper and equally share in.

Social share:
Previous Article‘All of Our Political Futures Are now Part of a Broader Canvas’ – By Colum Eastwood
Next Article ‘GHOST HOUSE’ – By Brian Rowan