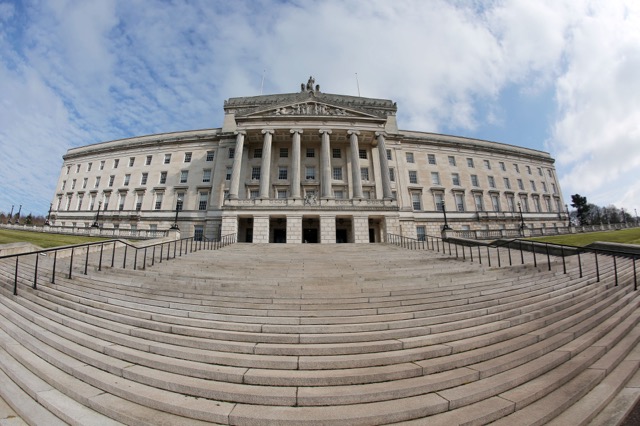 During the Troubles, platitudes about violence often took the place of serious engagement, which turned out to be unavoidable.

There’s an echo of this in current conventional talk, whereby “the politicians should just get it up and running.”

Does it not need to be sustainable?

Perhaps counter-intuitively, serious engagement can be lost in emotive media discussions in which the usual suspects are “stopping medical care”.

There is a view that mainstream media framing of politics has not caught up with changes in society and still mostly reflects pre-GFA historical power relations in Ireland.

Accordingly, mainstream media framing is largely a product of, and sits in the slipstream of, historical colonialism and domination, whereby nationalist politics is legitimate only within a narrow frame, in which games of party equilibrium may be played.

Simon Hamilton’s boast that “we ran rings round Sinn Fein in government” is thus not substantively problematic. It’s part of the game, to be expected. Similarly, the admonition from commentators that nationalists should stop complaining, as they were “out-manoeuvred” (not cheated?) on previous agreements.

In practical term, this suggests a climate in which prospective partners are unlikely to enter institutions without certainty of delivery, e.g. upfront delivery and clear time-tables.

When nationalists question the need for “compromise on historic compromises”, they stray outside the historically permissible frame, asking if the frame is skewed.

Because the presuppositions of this frame arise from the dominant tradition, this is, according to much of the mainstream media, not respectable politics but reckless, silly, dangerous.

In the original parlance of the tradition which produced this frame, it’s not ‘civilised’.

The nature of this frame is perhaps best revealed in talk of a vote for Irish unity being “provocative” and “dangerous”.

The people of Northern Ireland approved the GFA. It is the constitution of the place, the rule of law. Is that the framework for future politics, or can some say that they didn’t sign up to it, so it doesn’t apply to them? Does it screen forces of exceptionalism which were paraded in 1912?

Can the politics of the Irish language be intelligently discussed without reference to Empire, colonialism, supremacist thinking, domination, identity? Eamonn Mallie highlights the significance of Queen Elizabeth addressing her host, President Mary McAleese (a Belfast Irish citizen), in the latter’s national mother tongue.

Rev. Harold Good says that, on moving to the USA during the civil rights struggle, he instantly recognised the language of race hate as interchangeable with the sectarian language of home.

He has also said that Northern Ireland’s problems are seen around the world in societies that have seen conflict between settler and indigenous communities.

Rejecting London’s offer of Ulster, James Craig spoke of the need to create a lasting Protestant, Unionist, majority, and chose six Counties for that purpose.

Given the absence of an agreed historical narrative, and shifting demographics, is a breakthrough on parity of esteem not necessary for sustainable power-sharing between the two traditions in those six Counties?

By voting for the Good Friday Agreement, the people of Northern Ireland voted for parity of esteem. If this is not the right time for it, then when will be? The writer James Baldwin famously asked a culture of domination “How much time do you want?”

People in Britain have indigenous language legislation, equal marriage, and health-care. They don’t have to choose. Why should people in the north?

Is a choice between governance and equality concerns not a false choice? Does it not echo historical mistakes, reproducing failed relationship patterns of colonialism and domination?

Is that not living in denial? Does it not echo the 1960s, when those who stated the need for change were told that they were the problem?

Perhaps those who long for a normal society can see progress in the fact that the occasion of this crisis was a financial crisis, the likes of which lead governments to fall in normal societies.

Progress to normality will hardly be advanced by avoiding fundamental issues which are the basis for a sustainable power-sharing relationship which could deliver good governance.

Social share:
Previous ArticleArlene – you can’t have your ‘Cultural Cake’ and eat it if you don’t stand up to the Gregory Campbells – By Eamonn Mallie
Next Article Time for Sinn Féin and DUP to show their hands – By Kellie Armstrong