You are at:Home»News & Current Affairs»Careless, bull in a China shop politics – By Peter Osborne
Social share: 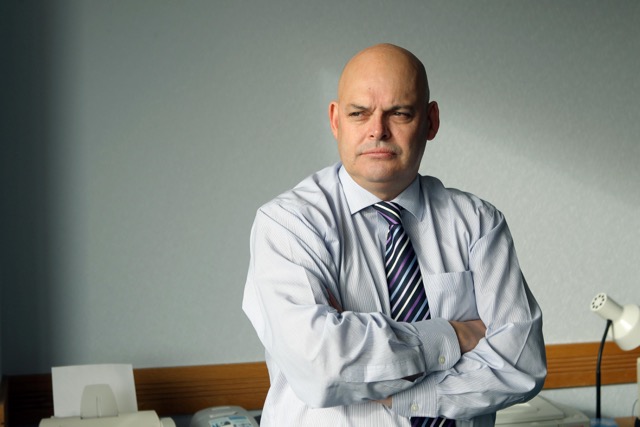 The next five years may just do the same.

While Northern Ireland stands at another crossroads, potentially the most significant since partition, it is being let down by immature, bull-in-a-china-shop politics, that has already fractured a vulnerable political process. It is careless politics which could further shatter relationships and the ambition of the peace process.

Referring to 1918 and the end of the Great War, Winston Churchill wrote of the ‘integrity’ of the quarrel in Ireland, a phrase I used recently to open a panel discussion on Grace and Generosity at Feile an Phobail.

It was also used by An Taoiseach at Queen’s University on his first official visit to Northern Ireland: he said:,

“To cling to what Churchill memorably described – a century ago – as the integrity of our quarrel.”

We should remember that Churchill believed we needed to walk together in mutual comprehension.”

Within the phrase lies a dilemma and challenge – over the years of peaceful or violent conflict in Ireland, all sides have thought justness and righteousness, morality and logic, and that God (where they believe) is with them.

Does the integrity within the quarrel provide legitimacy, and therefore strength, to both unionism and republicanism to reach out or does it mean that they both need to stay separate and insular because if they take small steps towards the other they may start to recognise virtue in them?

This may be why a lack of grace still defines political dialogue in the region; why bull-in-a-china-shop behaviour resonates, repels and fascinates all at the same time.

For those on all sides that indulge in the behaviour it may be better and easier.

Better to demonise and distort the arguments of others rather than engage with them.

Easier because you don’t have to look at your own reflection in the mirror and ask honestly what you see.

A common theme from the panel on Generosity and Grace was how similar were the needs of working class communities across Belfast.  There was a shared past of poverty, under-achievement and lack of hope. Yet, in 2017 these needs still take a back seat to the call to action, the ancestral drums and bugle calls, and to a fear of losing.

The panel concluded we need to share all our stories, beliefs and narratives. We need to care enough to listen and understand. There is a desire for sharing and caring, listening and understanding to start a healing process where people most in need reconfigure what they have in common and what can be gained together.

That would be a place worth visiting; a place where young people feel it is worth staying; where a state of grace exists with acts of generosity and good will freely given and equally freely accepted.

Who has the strength to do that? Not the bull in the china shop – he is too busy breaking and dissembling to care or share.

Social share:
Previous ArticleTogether we can make it happen – by Mark Thompson
Next Article PSNI STANCE ON LEGACY MATTERS; THE BRITISH GOVERNMENT TURN A BLIND EYE – By Gerry Kelly