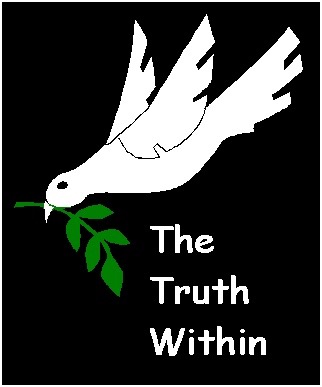 I speak only for myself, I do not suffer from ‘Stockholm Syndrome’ in any shape or form, I make no apology for opinions to anyone, stand over any comment I make, but recognise there are many differing opinions to my own.  I NEVER launch personal attacks, where I challenge it is the stance or opinion and not the person expressing it.  My hope is that I can bring a fresh aspect to debate.

My father, John Crawford, had his life taken by the UVF on January 9th 1974 as a result of the armed conflict in which this society found itself embroiled. He was a respected businessman and the owner of a furniture manufacturing factory.  He was also the father of 6 sons and 3 daughters and husband to my mother Eileen. The impact of the circumstances surrounding his death continue to reverberate to various degrees and in various ways on each and every one of us.

On February 28th 1978 our family received what would commonly be regarded as justice in that one member of the UVF pleaded guilty to murder and was sentenced to life imprisonment (many times over and for many offences).

I attended the court on the day – one day because the guilty plea meant that no trial occurred and the proceedings were over very quickly.  I left court that day with no feeling of having received ‘justice’. Case closed?  Did the court have no comprehension that this guy did not just decide to kill my dad?  Did they know that a (now well known) detective had warned my family that the only evidence was this person’s plea and that if he replied ‘not guilty’ when the charges were put to him that he would walk out a free man that day.  I was 17 when my father died and even at 21 in 1978 I thought it stank.  Did the court not understand that many people were involved in a chain of command and that the guy in court was a UVF Volunteer at the end of a fairly long chain of command? Not justice – just closing books in my opinion.

Some years later an allegation was printed which basically blamed my father on his own death by stating that he had been targeted because he had been the gunman in a double murder three or four years prior to his own death.

When our family engaged even more years later with the HET we raised a specific question on this allegation.  Their report was unequivocal, they found “neither evidence nor intelligence” to support the claim.  Those who published the claim have fully accepted this and my father’s name has been cleared.

For most this would probably be where it ends, however I still feel that I have a distance yet to travel.  So to where am I going? That cannot yet be answered, but I’ll know when I arrive at my individual destination.

I don’t believe that the much touted ‘closure’ actually exists but I do want to achieve the greatest degree of resolution through truth recovery that I possibly can. So I will be taking my questions to the Independent Commission (for) Information Retrieval (ICIR) when it is finally up and running. I will be engaging with the ICIR to try to achieve the greatest degree of information retrieval possible. I am realistic and recognise that any report delivered upon completion of the process will be a corporate narrative.

It is my sincerely held opinion that justice will be delivered when those who engaged in conflict related actions explain themselves through the structures agreed in the Stormont House Agreement (SHA) which include the ICIR.  To me this this is where justice lies regarding our recent conflict.

I neither want nor expect any more individuals to be processed through the courts.  I consider the expectation of prosecutions to both unrealistic and counterproductive at this stage.  Having lived all of my life in West Belfast I understand that there were many reasons why people engaged in the conflict.  Perhaps others might not want to hear this, but nice people did bad things because of their respective life experiences.  It might well prove to be the case that the UVF did receive erroneous information about my father and upon which their volunteers acted.

It is now proven to be wrong but, if it is what they believed at the time, it remains their truth and that is what they should then relay to the ICIR.  I seek no individual apology as I consider that the ceasefire statements of all (who made them) covers everybody.

I have referred above to ‘Volunteers’.  I suspect that this is likely to be the type of language used in any ICIR report.

I do not use the term ‘terrorists’ in relation to anybody.  The definition of terrorist appears to me to be used to describe those we oppose or those who were not official government forces.  Who (if anybody) were terrorists is dependent on the individual viewpoint of the commentator and therefore use of this term is only likely to side-track resolution.  I will use the terms which the various ex-combatant groups use to describe themselves.  I will therefore refer to IRA Volunteers, RUC Officers, UVF Volunteers, British Soldiers etc…

The prison population in this society rocketed from 300/400 at the start of the conflict to several thousand over the course of the conflict. It is a fact that many times more people were directly and indirectly involved in the conflict than those who went to jail.  As I believe in justice, and as I think it necessary to enable the fullest degree of truth recovery, it is my opinion that the pursuit of individuals should cease.  There is a huge difference between truth recovery and blame allocation, just as there is a huge difference between justice and revenge.  For example: it has been in the public domain since 1978 that the UVF were responsible for taking my father’s life.  The blame has therefore been allocated – but this allocation tells us nothing of the rationale nor any detail.  Likewise, Justice is generally viewed as someone being successfully prosecuted through the courts.

Revenge then can be illustrated by the implementation of the SPAD Bill because this re-punishes those who have already paid their debt to society through having served a prison term. In the absence of identification of every person involved (which would be both impossible and undesirable) society targets again and again those who are known.  To move forward and to be realistic a corporate responsibility is what needs to be acknowledged.

I bear no animosity towards any individual who was involved in taking my father’s life. Indeed, I bear no animosity towards any person who became involved in any aspect of the conflict. It is my hope that they are now committed to obtaining their objectives by purely peaceful means and that we (all of us) can learn the lessons which will prevent the recreation of the conditions which gave rise to the conflict in the first place. To this end I think it essential that the structures agreed in the Stormont House Agreement are implemented as soon as possible and that ALL ex-combatant groups fully participate.

As someone who lost three close relatives I consider it my duty to do all I can to support inclusive participation in the structures. This means removing all threat or implied threat from every side and towards every person whether this be victim or victim maker.

My penultimate point is to mention the ‘C’ word – Collusion.  It is my firm, evidence based, belief that collusion played a major role in my father’s death and the deaths of many others on all sides. It is also my evidence based belief that collusion was both systematic and systemic. It is also my viewpoint that the tactic of collusion is a universally utilised tool in modern armed conflicts which are fought within civilian populated areas.  This aspect is something else I will also be asking the ICIR questions on.

Finally (for now), it seems tradition that when a victim addresses their issues through a public forum or the media they make demands or ‘doorstep’ someone who is publically known to be associated with the viewpoint of the victim maker.

So what is my demand to the UVF?  My answer: nothing.  There seems to be a popular trend to blame either well known people or dead people for everything and, to me, this is ridiculous.  There has been way too much in the way of piecemeal or sensationalist events.

The proper place for me to seek the answers I require is through the ICIR and the safeguards of the Stormont House Agreement systems of delivery. I have no demand to make and no threats to issue.  I would however find it helpful as I await the setting up of these structures if the UVF, as a corporate entity, could publically acknowledge what has been in the public domain since 1978 – that they acknowledge responsibility for the taking of my father’s life.  It is my hope that they consider doing this in the spirit of post conflict resolution.

There used to be a kneeling stone on my father’s grave which read,

“John Crawford, too good in life to be forgotten in death”.

This remains the case.