You are at:Home»News & Current Affairs»‘Unionism has allowed itself to be defined by Irish Nationalism as sectarian and Protestant’ – By Terry Wright
Social share: 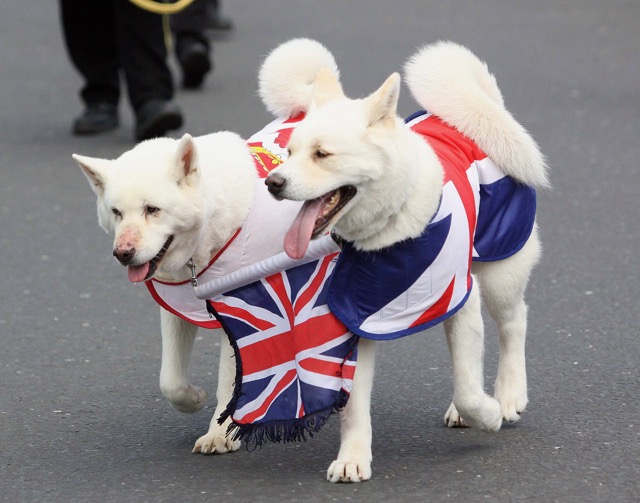 A negative feature of political unionism since the establishment of Northern Ireland has been the way in which it has locked itself into narrow cultural terrain that is both defensive and closed.

This is not reflective of all unionists.

It is opportune to recognise this and widen the terrain.

There is some evidence of tentative progress.

In the current talks focusing on Acht na Gaelige hints are emerging of proposals for the Irish Language to be included in concert with Ulster-Scots, the Orange culture and British-ness in a wider cultural Act but is it not the point that in the United Kingdom of today they all contribute to the dynamic hybridity of British culture?

There is no requirement for a cultural trade-off where accommodation is achievable and preferable.

Unionism can be single-minded in its advocacy of the Union but narrow-mindedness is a much less worthy trait.

The unionist culture is a settler culture and as such can embrace its shared and intermingled Irish, Anglo-Irish and Ulster Scots heritage. Culture is not the same as identity and the hybridity that shapes and enriches life in Northern Ireland offers no threat to individual and collective national allegiances. Indeed, the opposite can be true.

Opting for a narrow politically defined and binary culture designed and manufactured to deliver power and entrench base support, serves only to ensure that culture acts as a constraint on reconciliation, reinforces prejudiced views and, in the case of unionism, presents as an enemy of the Union.

Whilst much of the recent furore over the Tory-DUP budgetary arrangement in the national press was aimed as much at Prime Minister Theresa May as the DUP, the Northern Ireland party should not lose sight of the fact that it was an easy target for toxic characterisation.

Culture should defy narrow political categorisation and empower civic, social and community unionism. This is entirely appropriate for the global world of today where inter-cultural influences defy firm borders and displace national boundaries.

If the unchanging shape of the present is not to be the best future it can offer, unionism needs to move beyond critical denunciation of itself to disentangle its politics from manufactured power struggles over issues of language, culture and identity.

To do otherwise will serve only to create the space for its own demise. To live differently, you have to act differently.

Nationalism too has historically constructed an identity and cultural comfort zone into which it can snuggle. This is true of Irish republicanism.

We would be better served in more enlightened times if continuity with this is broken.

Cultural growth happens outside comfort zones and beyond political strategies masquerading as cultural grievances which, in turn, pre-suppose fixed identities. It produces the pillarization and polarisation of culture where learning curves stay flat as Nationalism and republicanism seems to overlook settler culture.

The Ulster-Scots heritage is viewed, by some as a DIY culture for unionists.

Cultural indifference and ridicule are not a one-way street in Northern Ireland.

The current impasse at Stormont is a case in point. Equality is being defined too narrowly in terms of cultural context.

Minority languages or languages which are reduced in usage are deserving of support, protection and preservation with their associated literature and cultural canons but as part of the hybrid model of culture that pertains in Northern Ireland.

Ways need to be found that can best deliver this with the endorsement of the whole community which must bear the cost.

Moving away from the power struggle would be desirable.

The by-product of the current strategies adopted by the bigger parties is to shut out the rest of civic society from much needed decision – making on finances, health and investment in infrastructure. The price is too high.

Unionism should give a lead by asking of itself what constitutes unionist culture and identity. Is it British and inclusive or homespun and fearful Ulster Home Rule unionism that informs what is valued, promoted and respected?

Best hope lies in challenging questions. The answers will be in need of dissemination. The decisions they inform must be implemented.

Unionism has allowed itself to be defined by Irish Nationalism as sectarian and protestant.

Just as Republicanism in particular has displayed more mastery of the peace process than unionism so has it succeeded in promoting an agenda that serves political objectives by painting unionist culture as bigoted and dated.

Such characteristics may be present within the broad unionist spectrum but they do not complete the picture.

Unionism has responded by distancing itself from those Irish and Anglo-Irish elements of its culture that were once celebrated and promoted by unionists, not least in regard to the arts and language.

It is time to recognise again that as a consequence of its geo-political context and settler heritage unionism can be comfortable with things Irish, Anglo-Irish and Ulster-Scots and will change further in a globalised world.

In regard to the latter it may result in a re-think on LBGT culture.  But that is a discussion for another occasion.

Social share:
Previous Article‘From under the duvet’ – by Rev. Harold Good
Next Article ‘Interests and needs of the public must be put in front of narrow party political self-interests’ – By Nichola Mallon