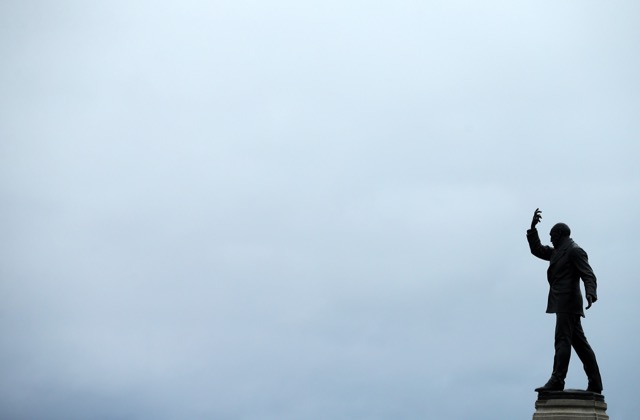 Three thoughts offered by a source from inside the DUP tell us just how stuck the Stormont Talks have become.

Speaking on condition of anonymity, the source described as “the height of stupidity” the decision of Irish Minister Simon Coveney to raise a flag for an Irish Language Act.

Sinn Fein was being “100% pig headed” inside the negotiations and, in a reference to the near 300,000 votes for the DUP in the snap General Election, the source added: “There’s no point having a strong unionist turnout to have weak unionism.”

In this context, he believes there is “zero prospect” of a DUP cave-in on an Irish Language Act.

The assessment fits with what we have been hearing over the weekend; an understanding that talks ended abruptly and not on good terms on Friday evening, and, since then,  interviews by Gerry Adams and Simon Hamilton.

Adams described as “very unlikely” the prospects of any agreement by Monday, while Hamilton accused Sinn Fein of demanding a “10-0 win” inside the talks.

These negotiations are stuck. The three smaller parties – the SDLP, UUP and Alliance – have been pushed to the edges of the talks as space was given to the Big Two to see what could be achieved.

Now, the focus switches to Secretary of State James Brokenshire.

What will he say on Monday? What is his next move?

Will there be more time to try to lift these talks out of their current stalemate?

Can we rule out an autumn Assembly election – an election that would provide the DUP with an opportunity to restore its numerical strength at Stormont?

Or are we looking at direct rule?

If the prospects of short-term agreement are as slim as suggested above, then creating some pause to beyond the summer might be the only real option.

Those daily news conferences of the past week, became broken-record like; monotonous, boring, repetitious to the point of being tedious and uninteresting.

People are switching off. There is a credibility issue.

So, are we at the point where those two big parties now need some time on their own, away from the Castle?

In the absence of some magic wand or dramatic development, there may be no other option.

In the tug-of-war and in the tug-of-words of these talks, neither party has pulled the other in its direction.

The rope appears as strained and as snagged  as ever. There is no give.

Social share:
Previous ArticlePAYING THE PRICE FOR OUR PEACE… By Brian Rowan
Next Article ‘From under the duvet’ – by Rev. Harold Good