You are at:Home»News & Current Affairs»NO DEAL BETTER THAN A BAD DEAL – By Brian Rowan
Social share: 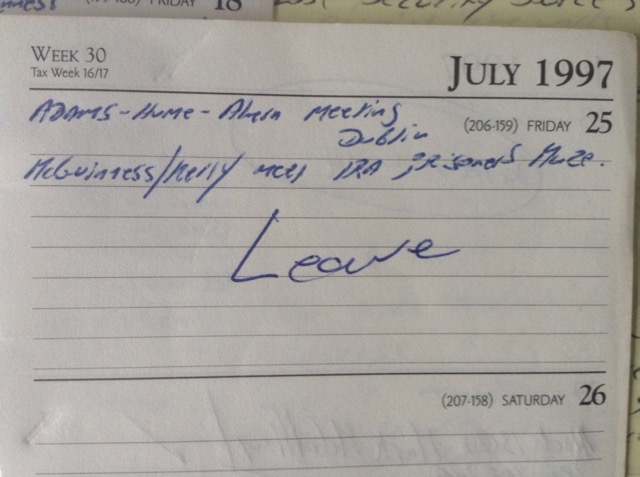 The IRA ceasefire that had disappeared in the deaths and the bomb in London Docklands in February 1996, had just been restored.

And what we were watching in July 1997 was part of the making of a path to the Good Friday Agreement.

These 20 years later there is no Executive and no Assembly – the consequences of taking for granted the politics and the peace-making of the previous two decades.

Some of those critical to that political and peace effort are no longer with us. Think of them – Alec Reid, Albert Reynolds, Roy Magee, David Ervine, Gusty Spence, William ‘Plum’ Smith, Brendan Duddy, Brian Keenan, Martin McGuinness, Ian Paisley. 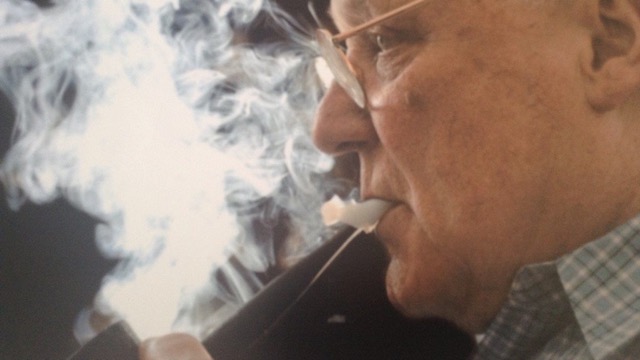 The McGuinness resignation as Deputy First Minister in January this year brought the political house at Stormont tumbling down.

There have been several phases of negotiations since but, as yet, no agreement.

Will there be a  political deal in the autumn? Can anyone be certain about that?

The answer is NO, and for this reason.

There is no evidence that the DUP and Sinn Fein got so close to a deal in those several phases of talks thus far, to suggest that come September the political institutions at Stormont will be restored – or should be restored.

They should not be put back in place until there is certainty about the future and the past; until there is a realistic process to address the conflict period and until outstanding issues have been settled.

There should be no room, no place, for some half-agreement, some patch up just to have political institutions for the sake of having them. They are only worth having if this time they work.

Read Paul Crawford’s thoughts elsewhere on this website; his quiet pursuit of answers in relation to the killing of his father in the early 1970s.

He is not asking for some parade of shame, but for acknowledgement and information.

Seamus Heaney once said, “If you have the words, there’s always a chance that you’ll find the way.”

Crawford has the words and is showing the way to information retrieval.

On other outstanding issues, if unionists really see an Irish Language Act as an attempt to achieve “cultural supremacy”, then what are the chances of a breakthrough in these negotiations?

It is glaringly obvious that there will be no agreement without a self-standing Irish Language Act but, on its own, that Act will not make an agreement.

The re-building of politics and peace needs everyone to think; about culture, about commemorations, about what happened in the 70s, 80s and 90s, and about today and tomorrow.

That past keeps tripping up the present. It is political and it is poisonous and, until, there is some way forward, then new policing and new politics can be too often made to look like old policing and old politics.

So, before a Stormont political agreement, perhaps the  focus should be on that past; not by way of some public consultation but, rather, through a different approach – taking this issue away from parties and governments; giving it to someone not of this place in a Patten-type approach, removing the parade of shame from any outcome, doing something that might, at last, begin to heal.

On this question, we need a past process – not a police process, not a prosecution or prison process, not revenge.

Read Paul Crawford – see the route to information-retrieval and answers. It is there in what he has written.

Before there is any new Executive or Assembly, these matters need addressed.

Otherwise politics will be set on course for another crisis.

If it is a deal that ignores the poison in the system, then the answer is NO.