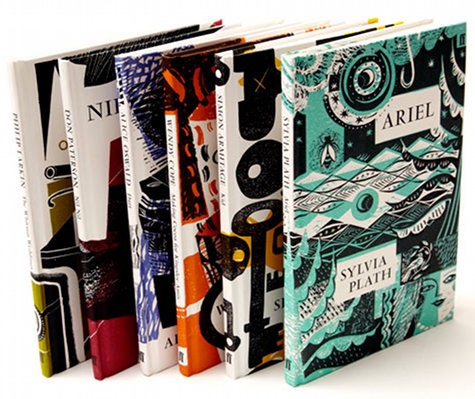 ‘Life is slow dying’ said Larkin, the maudlin old git, in his poem Nothing to be Said, but I think of this sentiment often if I’m in a particularly gloomy mood.

Personally I think this line sums up most of ‪Radiohead’s recent output, and no one does existential angst better.

To counter this misery I keep Maya Angelou’s ‘Still I Rise’ close to my heart, for if that glorious exaltation can’t lift a wilting spirit, then there’s nothing which to build on. (Apologies to Frost for pinching that line).

Poetry’s gentle rhythms infused my home life. Waiting in traffic on the school run my mother would sigh: ‘They stretched in never-ending line’ which alas was nowhere near as romantic when faced with a queue of Volvos and Skodas, as opposed to Wordsworth’s luminous daffodils.

My father would wander around the house, intoning ‘The Rime of the Ancient Mariner’ under his breath.

Teachers get lambasted now for having made children learn poems by rote in the fifties, but I disagree. We didn’t learn poems and indeed I recall none at all from my primary years. This was a disservice in my view, as the gentle incantation of verse and its reassuring iambic heartbeat rhythm can quieten the soul.

I taught myself a few poems and I’ve used them to ‘self soothe’, repeating them to myself if I’m having trouble drifting off to sleep.

On many occasions Andrew Marvell or Yeats have helped me to keep dark thoughts at bay: a grown-up lullaby, if you like.

Lying in the Royal after an accident my friend arrived with a bunch of flowers of which the nurses were quick to relieve her (terrible infections to be found in tulips, who knew?) and a huge volume of poetry, which I pick up and mine for its treasures to this day.

I used to take it everywhere, carrying it round in my handbag so wherever I was, be it sitting in the fracture clinic or waiting in a café to meet a friend, I could open its pages and be transported elsewhere.

The other day I was finding my children somewhat trying, and I came across a poem in the aforementioned volume and I thought ‘That’s it, he gets it entirely.’

I am often envious at how a poet can so succinctly capture a feeling in a few lines but then I get over this and feel some gratitude for their having done so, and making it resonate with me.

Children can get a very raw deal with the poetry inflicted upon them. Some of the recent offerings on the syllabus can be truly dreadful, dirge like and dull.

My English teacher, back in the nineties must have felt the same, for her passion was Browning, and she taught us to how to analyse an unseen through ‘Porphyria’s Lover’ and ‘Fra Lippo Lippi’. My favourite of all was Andrea del Sarto, and I still quote the line: ‘One’s reach must always exceed his grasp or what’s a heaven for?’

At Roger McGough’s wonderful reading as part of the Cathedral Quarter Art’s Festival, he remarked that his physics teacher, famous for wielding a cane and beating boys into submission, suddenly stopped mid-class one day to recite some Shakespeare. This made such an impact on the young McGough that he went on to write himself, and aren’t I grateful that he did.

I used to make a point on National Poetry Day of reading all my classes a poem, just for the joy of it. Hopefully some of them may remember this fondly, others probably not, but sure you can’t go pleasing everyone.

Poor auld ‘If’ by Rudyard Kipling gets a dreadful battering for being so oft quoted and thus becoming cliché, but I would be the first to acknowledge the nuggets of wisdom within.

Try to see past the fact that the Daily Mail proclaimed it to be the nation’s favourite poem a few years back, (a dubious accolade if ever there was one), and give it another read. If I find myself too readily tweeking my personality to fit in with a clique, I recall the fourth verse which begins: ‘If you can walk with crowds and keep your virtue/or with Kings and not lose your common touch.’ This is a pertinent way of reminding one to be true to oneself: if one has to alter one’s personality too much then perhaps this company’s not the best fit.

I’ve also a wild habit of running headlong into friendships and making arrangements from which I find it later hard to extricate myself. Kipling advises keeping a sensible distance in the line: ‘When all men count on you, but none too much’, a point that Anne Lamott made in her recent Ted talk, when she encourages us to stop being so helpful all the time, and nurture ourselves a little.

Someone wrote of Eliot that he made you want to be the best version of yourself when you were around him. I think of this often when I meet people in my own life, who make me what to present my best self, a bit less sweary, less judgy, more kind.

Sometimes, when at my most fickle or capricious I think of Regan’s acerbic summation of her father’s character, that ‘He hath ever but slenderly known himself’. When I make a foolish decision or career heedlessly into some ill-advised scheme, I think later of how very Lear-like my actions were; a salutary reminder of folly indeed.

Life can be very grim indeed, but we humans are a resilient bunch. I love these points of reference, reminders of how best to be. For me they also show the depth of shared human experience, in other words, everyone screws up; it’s okay. Learn from it, and move on.

Once, I was sitting in Clements on Botanic Avenue, feeling very low indeed. So morose was I, that my then boyfriend quoted the ill-fated Gloucester, when he laments ‘As flies to wanton boys are we to th’gods, /They kill us for their sport.’

Ironically, this made me feel a bit better. So apt was his assertion, that I thought ‘This one’s a keeper’ and two years later I married him. I never thought poetry would lead me down the aisle but there you have it.

Amid the helter-skelter pace of life, when we are time poor and over-loaded with information, sometimes we need some undiluted wisdom- a shot of beautifully crafted language to shake us from our stupor and make us think and reflect. Poetry does this for me, so keep reading, start writing, and let poetry heal and soothe. If it can calm me down it can settle anyone. Poetry- it beats Prozac every time.

Social share:
Previous ArticleTo be opposed to the ‘Peace Process’ is not to be opposed to ‘Peace’ – By Jamie Bryson
Next Article West Belfast man SIMPLY wants UVF to publicly acknowledge father’s killing – By Paul Crawford