You are at:Home»News & Current Affairs»STORMONT STILL LOST IN THE WOODS – By Brian Rowan
Social share:

The election – now just several days away – will answer some questions but not them all.

We still don’t know what is on the far side of the political mess that this place has been stuck in since the turn of the year.

We do know, that whatever the results of this latest election, the parties here will return to negotiations fixed, this time, on a deadline of June 29th; perhaps the last such deadline with talk of suspension if an agreement is not reached by then.

So, there will be something just short of twenty days to save the political institutions at Stormont.

What will the voting and the counting of next week do for the mood of those talks?

Make it better or make it more difficult?

Will the nationalist surge – so evident in the Assembly elections of March – continue?

There is a view that there is more to come. If so, will it be Sinn Fein or the SDLP that will benefit most?

None of the SDLP’s three seats is safe – not in South Belfast, South Down or Foyle.

In two of those constituencies, the party is in a battle with Sinn Fein. While in South Belfast there are several possibilities. The DUP (Emma Little-Pengelly), SDLP (Alasdair McDonnell), Alliance (Paula Bradshaw) and Sinn Fein (Mairtin O Muilleoir) are all in this race.

How will Alliance’s better performance in the March elections read into this contest? What will the adding up come to when the votes are counted for Bradshaw and party leader Naomi Long?

Will there be a unionist response to those voting trends a few months ago? 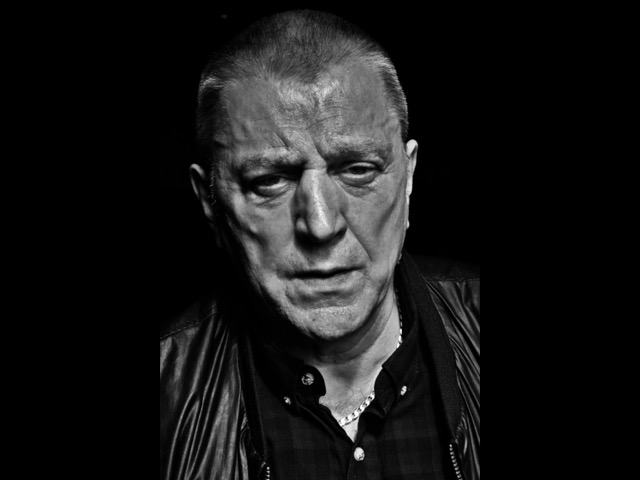 Loyalist Jackie McDonald certainly hopes so. He set out his thoughts in the latest edition of the magazine – The Loyalist. 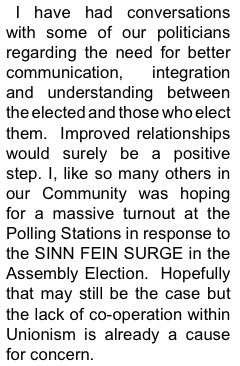 Some unionist pacts have been agreed – most significantly in Fermanagh South Tyrone and North Belfast – but not elsewhere, including in South and East Belfast, where both the DUP and UUP are running.

Whatever the outcome of the UK General Election, there is no certainty that a Stormont Agreement will be reached by the latest deadline.

What we have witnessed since the turn of the year is a very significant mood change – seen in that voting surge.

The McGuinness resignation in January – pulling those institutions down – those were popular decisions within the republican community; decisions that were cheered.

So, it doesn’t matter if the deadline is June 29 or December 29. If the agreement is not right, if implementation certainty is not achieved, there will be no deal.

This has become increasingly obvious as the various deadlines have been set and broken and as discussions – particularly those relating to legacy issues – have become more poisonous and divisive. 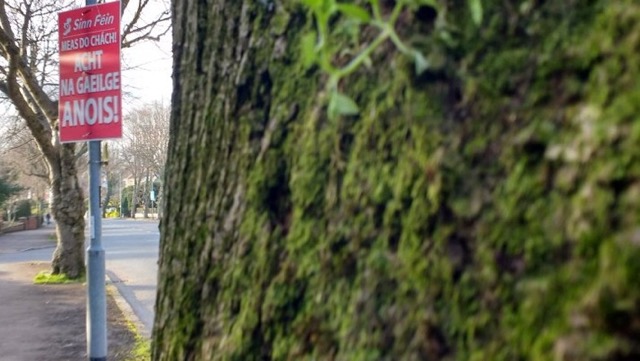 So, after the counting next week, the focus will return to an Irish language Act, marriage equality, a Bill of Rights, that legacy debate and the meaning of power-sharing and partnership.

Stormont is not out of the woods.