You are at:Home»News & Current Affairs»STORMONT – move along there’s nothing to see… or is there? – By Brian Rowan
Social share: 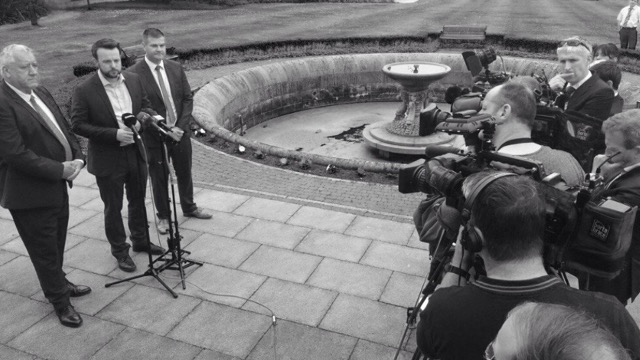 The SDLP leader Colum Eastwood thinks there will be a deal at Stormont.

He is just not sure whether it will be next week or something that will be delayed until the autumn.

The talks at the Castle are in a kind of waiting room; waiting for the outcome of whatever talking is continuing between the Tories and the DUP on propping up Theresa May’s minority government.

Eastwood described it as a “two phase process” – others use the description of a “distraction”; Stormont waiting on London and no one knowing for how long that waiting will last.

These London talks are eating into the limited time available to make a deal here; that is if June 29 really is the final deadline.

In Parliament Buildings on Wednesday, Sinn Fein held a briefing for a broad section of civic society. One source, who attended the meeting, said a deal was described as being “shovel-ready”, but in all of these things there is more context than words on the shovel.

Sinn Fein was represented by Declan Kearney, Conor Murphy and Mairtin O Muilleoir in a conversation with representatives of the universities, sporting organisations, the CBI, Chamber of Commerce and many others.

“People know the shape of what needs to be done,” another source commented – but “there isn’t the requisite engagement”, he added. This sense again that everything else is waiting on those Tory/DUP talks. 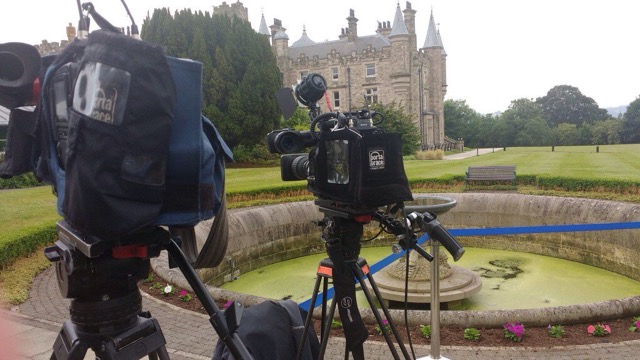 On Thursday, Secretary of State James Brokenshire will also meet representatives from across civic society; making use of the talking time that is available, but not yet being used in the fine-detail, specific conversations that will need to happen between the DUP and Sinn Fein.

If an agreement is to be reached, then the DUP will have to travel a considerable distance on a number of issues including an Irish Language Act. Some believe they are starting to make that journey.

Sinn Fein will have to move to accept Arlene Foster as First Minister, and there are those who believe this is possible if the right agreement can be reached on the key issues.

So, is a deal shovel-ready?

It depends on a willingness to do the heavy lifting; and depends also whether people have worked out what this is going to take.

This crisis needed to happen to fix what was so obviously broken.

A deal next week or in the autumn?

Who knows how long this will take, but it should take as long as it needs to get this right.

Social share:
Previous Article‘The days of under the table deals, funny handshakes must become a thing of the past’ – By Clare Bailey MLA
Next Article What does it mean to share? – By Professor John D Brewer