You are at:Home»News & Current Affairs»POLITICS IN A CONFUSED PLACE – rule nothing out – By Brian Rowan
Social share: 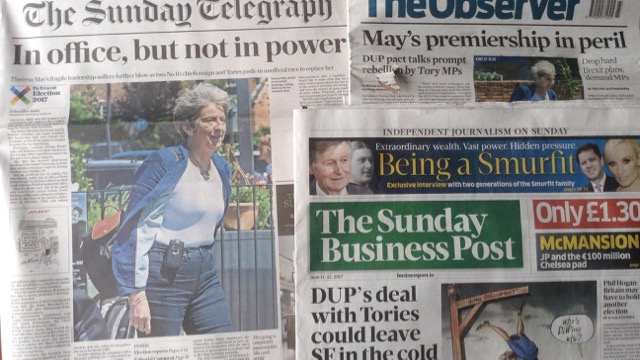 The Sunday headline writers have captured the chaos within politics – telling the stories of the confused spaces of Westminster and Stormont after the voting and counting of the past few days.

Since then, we have watched Theresa May’s desperate effort to cling to power.

Her reaching out to the DUP. The resignations of her joint chiefs of staff that have all the appearance of deputy heads rolling.

A Prime Minister caught in the headlights – looking and sounding anything but convincing or certain. Nor has she  acknowledged the mess she made of the election campaign.

Yet for all the arithmetic of the counting, the Tories, if not Theresa May, may be safe for the time being. To pull the lot down at this time, could create a path to Downing Street for Labour and Corbyn.

Would the DUP want to be part of that?

Some believe that the next election in which the DUP might be interested could be another  Assembly contest here in the autumn. That given the near 300,000 votes it won across the constituencies in recent days, this would be its opportunity to repair the damage from the March Stormont  elections.

Remember Sinn Fein closed to within a seat and a little over a thousand votes and the overall unionist majority disappeared. 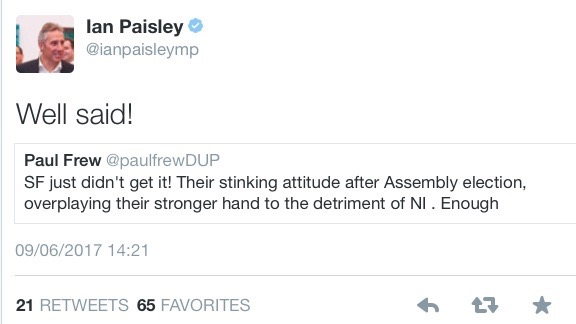 Read the tweet above – and the thinking within the DUP that since then Sinn Fein has overplayed its hand.

As Friday’s results came in, Ian Paisley spoke of unionism having awakened. His own vote was more than 28,500 – part of a quiet mobilisation and rallying of the unionist community after the shock of March.

The idea of a border or unity poll will have disappeared in this surge. Certainly for now.

What then for the Stormont talks set to resume after the election pause?

How do local negotiations now work with this other game at play – this talking involving the DUP and the Conservatives?

The question of who chairs the resumed talks at Stormont is again part of the political discussion.

How can it be a British Secretary of State depending on DUP support? It was an issue before this election, and a bigger issue now.

Indeed on Sunday Gerry Adams called on parties to consider an independent chair, stressing “Sinn Fein has never accepted that the British Government is impartial or neutral.”

The story of last Thursday and Friday is not just about the DUP. Sinn Fein added three seats.

Could two parties of such strength now think of making a deal? The others were lapped several times in this DUP/Sinn Fein race to the line.

There is a calculation to be made by the DUP.

Is a deal with Sinn Fein possible given the demands for an Irish Language Act, Bill of Rights, marriage equality, a legacy process and Arlene Foster stepping aside as First Minister until the completion of the RHI Inquiry?

Why would the DUP leader step aside after such a result in recent days – with that total of close to 300,000 votes?

Is there “negotiating fat” within Sinn Fein’s demands? There has been no suggestion of this. What I am being told is that there will be no return to the Assembly unless there is an upfront implementation plan. “Agreement first, institutions second,” is how one source put it.

So, might we see the DUP work and focus on this one-off opportunity to squeeze something out of a wounded Theresa May – on Brexit, on pushing away a border poll, on the legacy question and the issue of investigations of security force members dating back into the conflict period?

Could the issue of a statute of limitations recommended by the Defence Committee come into play? 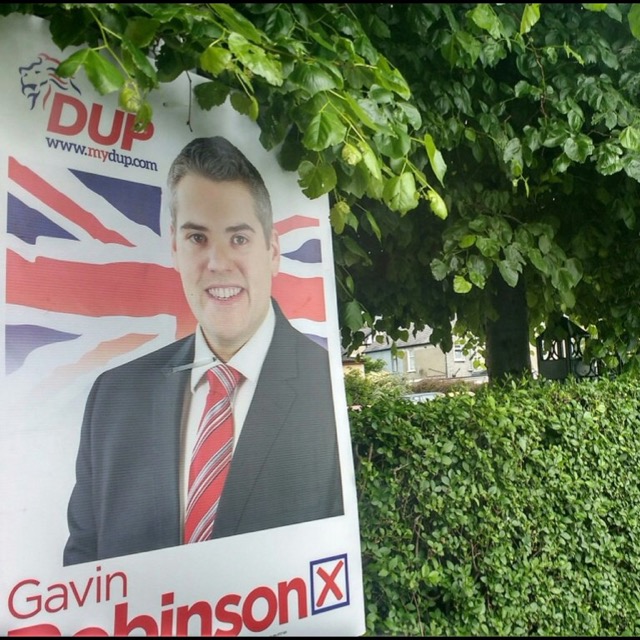 DUP MP Gavin Robinson was part of that committee.

There is much to be considered and little time before the next deadline of June 29 to get the work done.

Between now and then, we will be watching two plays – in London and in Belfast – with no clear picture of the final scenes.

Politics is in that confused space. Rule nothing out.

Social share:
Previous ArticleMay and Politics in a Mess  – By Brian Rowan
Next Article Why forming an Executive with the DUP is more difficult NOW for Sinn Féin – By Danny Morrison