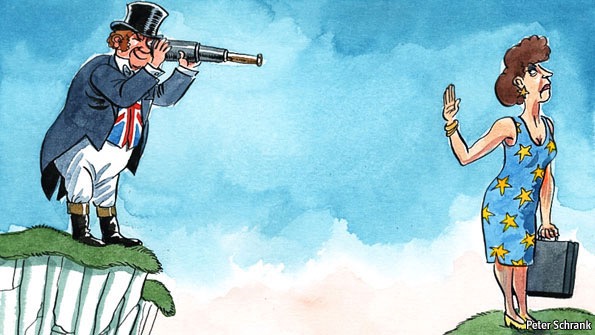 Sinn Féin president Gerry Adams has asserted any deal between the Democratic Unionist Party and the Conservative government is possibly a breach of the Good Friday Agreement.

“Wrong” argues former Foyle MP Mark Durkan who is encyclopaedic on the Good Friday Agreement. He is adamant there is nothing in the GFA banning parties from having an arrangement with the Dublin or London administrations.

However, there  is an issue of perception.

With another deadline for agreement among the political parties in Northern Ireland expiring on June 29 and with a deep suspicion in Sinn Féin over the shot gun marriage between the Democratic Unionist Party and Theresa May’s government one has to ask – just how much of an impediment is this going to be to cutting a deal?

There is every indication that British Secretary of State James Brokenshire “has not gone away” and is not likely to do so.

For several days the participants in the Stormont talks have been digesting a secret document drafted by the British side of the equation.

The paper is long and detailed and has been in the hands of the party leaders since June 14 according to Brian Rowan the journalist who revealed the details on this website.

The parties are expected to report back on Tuesday with their views on a wide range of subjects all pertinent to the restoration of devolution.

The way ahead has to be predicated on one DUP constant: it will not do anything to cause a split in its ranks.

There is an acceptance in the upper echelons of the DUP that any arbitrary ‘caving in’ on ‘abortion’ ‘same sex marriage’ or ‘homosexuality’ could lead to a schism in the party. The leadership will take every step to obviate this possibility.

That party is unlikely to surrender any gains garnered in the recent Westminster election borne out of a clash on socially conservative matters like abortion, same sex marriage etc.

The real problems down the road for the DUP may not surface in Northern Ireland but in London.

The DUP has been around long enough to be wise to the ‘perfidy’ of the Thatcher government in 1985 when poor Jim Molyneaux the leader of The Ulster Unionist Party the then larger of the two Unionist parties, was duped by Margaret Thatcher.

I recall just like yesterday, days before the Hillsborough Castle signing of the Anglo Irish Agreement, the UUP leader told myself and other journalists: “Ah but Margaret won’t do it. I met her in the the lift in Westminster and she assured me –  it won’t happen.” It did happen.

Mrs Thatcher and Dr Garret FiztGerald signed the Anglo Irish Agreement on Nov 15 1995 and this triggered massive Unionist/loyalist street protests at the head of which was Ian Paisley, always ‘loyal to the Queen’ but deeply suspicious of the motives of the British political establishment.

This was an era when effigies of Margaret Thatcher were burnt during Anti Anglo Irish protests. History might repeat itself should the DUP/Conservative love-in end in tears.

What of the secret ‘back channel’ talks between the IRA and the Conservative Thatcher/Major governments in 1993?

Unionists were completely blindsided by Downing Street and what of those OTR letters placed in the little mitts of some republicans?

It is this history, which ought to inform some views on the nature of the DUP/ Conservative marriage of convenience.

So which is more advantageous to the DUP – ‘a big bang deal’ which incontrovertibly yokes that party to the Conservatives with no escape route regardless of how hopelessly the May administration performs – or a ‘hit and run’ strategy of committing itself solely at this stage to supporting the Queen’s Speech, the Budget and any vote of no confidence?

This would free the DUP to keep the Tories on their toes on whatever piece of legislation they attempted to bring forward of which they did not approve.

With this ‘hit and run’ strategy the DUP’s constituents would know they haven’t sold the family farm for short term gain. One insider added “a bad deal would be worse than no deal.”