You are at:Home»News & Current Affairs»HEAVY LIFTING – and NOSES OUT OF JOINT – By Brian Rowan
Social share: 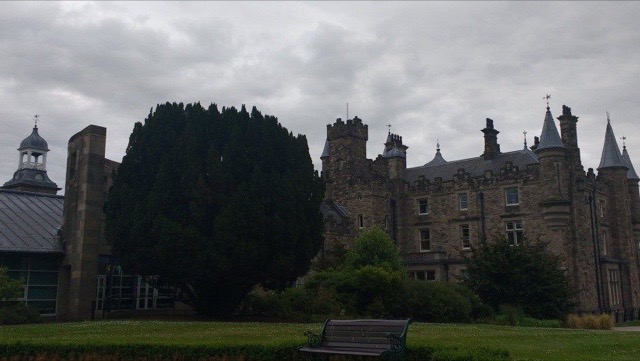 What is the learning from another day of watching and listening at Stormont Castle?

That the issues that were at the heart of the political  institutions being pulled down are far from being resolved.

The Tory/DUP deal – the detail of that – is now known. Gerry Adams acknowledged that the money coming here “is a good thing”.

He has, of course, concerns about the price that will now have to be paid as part of this DUP agreement to prop up the Tory Government.

The London deal is one thing.

Does it make a deal made in Belfast certain? No it does not.

This is why Irish Minister Simon Coveney was out at teatime on Monday describing heavy-lifting that needed to be done over the next 24 hours – heavy lifting on big political issues that have to be resolved if these long-running talks are to move from stalemate. 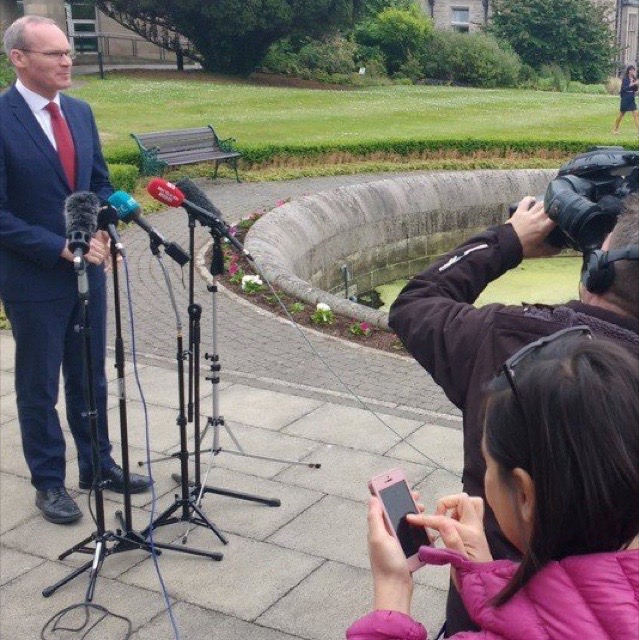 The talking now is between the DUP and Sinn Fein and so the other parties have been pushed out to the edges of these negotiations.

The British and Irish Governments were planning two meetings on Monday evening with the two big Stormont parties to assess progress.

Then, there will be a round-table leaders meeting on Tuesday morning with the SDLP, UUP and Alliance brought back into these discussions.

For a Coalition Agreement to be achieved it will need the support of five parties. 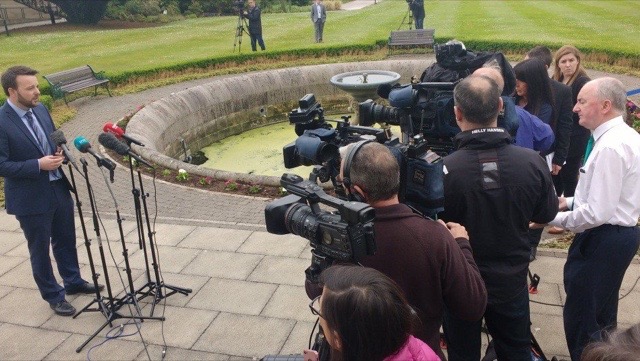 On Monday SDLP leader Colum Eastwood made clear this will not work if he is handed any proposed agreement as a fait accompli minutes before its announcement.

The last time this happened, the Fresh Start became a False Start.

Eastwood was also clear that on one of the unresolved issues – an Irish Language Act – his party’s position is unchanged. It must be stand-alone.

This means a big move for the DUP, part of the heavy lifting and, on its own, it will not be enough.

If Sinn Fein has to shift to accept Arlene Foster as First Minister, then more heavy lifting will be required from the DUP.

These talks have not produced a legacy agreement, but rather a consultation that has already been rejected by Relatives For Justice – a significant and influential voice on these matters.

On Saturday, the group tweeted that it had told the NIO and Secretary of State James Brokenshire “there should be NO consultation on the past”. They want an agreement that dates back to 2014 implemented; this on a structure to address the conflict period. 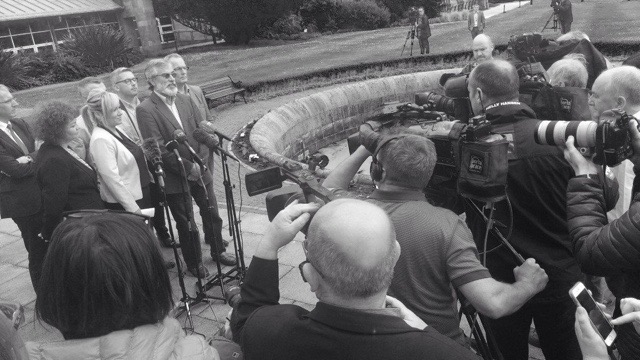 So the Adams/O’Neill leadership will have a difficult conversation with the republican community on this issue.

This means more will have to be delivered by the DUP – reform of the petition of concern, no veto to block marriage equality and a Bill of Rights.

The London deal, for all its money, cannot buy or bring Stormont back.

So, the next 24/48 hours are as critical as they have been described.

You sense among the smaller parties some noses out of joint; because, for now at least, this is a Big Two conversation.

It was always going to become such.

It is about Foster and Dodds and Adams and O’Neill and those around them who will make the big calls on any possible deal.

“It’s getting harder now,” one talks insider told this website – and harder for this reason.

For this to work, parties will have to move from negotiating positions towards accommodation.

How much room have they within which to manoeuvre?

We don’t know. But we will know soon.

Know soon because this negotiation is right up against the clock.

Social share:
Previous ArticleSTORMONT – we don’t need another false start… By Brian Rowan
Next Article Could the DUP’s ‘Big Bang Deal’ with the Conservatives blow up in both their faces? – By Eamonn Mallie