You are at:Home»News & Current Affairs»“Take this message to Arlene” – By Eamonn Mallie
Social share: 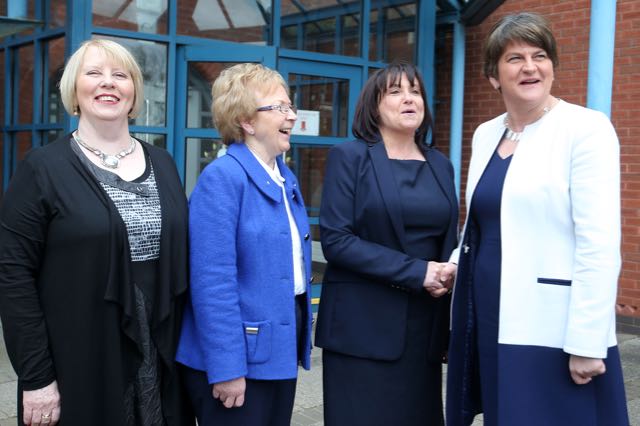 ‘Tús maith leath na hoibre’  (‘a good start is half the battle’).

You may recall in January I penned an article on the Irish Times website titled ‘Grace.’ In essence my message was – doing the unexpected for the right reason rarely goes unrewarded. Quite often leadership is the kernel of such actions.

As you discovered at Martin McGuinness’s funeral where you were so warmly received, our people, and I mean all our fellow citizens are craving hope.

You may not be aware but I love the Irish language.

One of the great influences in my life in this sphere was the late Rev TP Mc Caughey a Presbyterian minister who lectured me in Irish in Trinity College Dublin.

Since my returning to Northern Ireland speaking Irish has at times proven uncomfortable given that I too feel Irish has been gratuitously abused politically at times.

My interest in the language inevitably made me suspect in some unionist quarters.

I have made it my business to learn some Polish idioms because I encounter a lot of wonderful Poles on my travels. A Polish Language Act would not be foreign to me!

The centrality of The Rev McCaughey in my life cannot be understated. He resolved my dilemma in a divided society when it comes to my affection for the Irish language. No member of my immediate family speaks the language. I was strictly self-motivated in taking an interest in Irish when I was eight years old.

In a discussion at a British Irish Association meeting some years ago there was a session titled ‘Unionism and the Irish Language.’

As you might suspect few unionists expressed much ‘grá’ (love) for Irish.

My Presbyterian minister and former lecturer was asked “what does the Irish language mean to you?”

“I feel a fuller person because I learned it” Terence replied. Game set and match to the Rev TP.

In those few words Mr McCaughey resolved for me what was an irritant for many years as I struggled to defend my love of Irish as much as I love beautifully spoken or written English, French or Spanish of which I have a reasonable working knowledge.

In visiting Our Lady’s Grammar school to engage Irish language student aficionados yesterday you have given lovers of Irish hope.

Social share:
Previous Article“An anti Brexit coalition to fight General Election was worth exploring” – By Colum Eastwood
Next Article As Stormont talks pause – ‘Past’ shapes up for ‘amnesty’ battle – By Brian Rowan