You are at:Home»News & Current Affairs»As Stormont talks pause – ‘Past’ shapes up for ‘amnesty’ battle – By Brian Rowan
Social share: 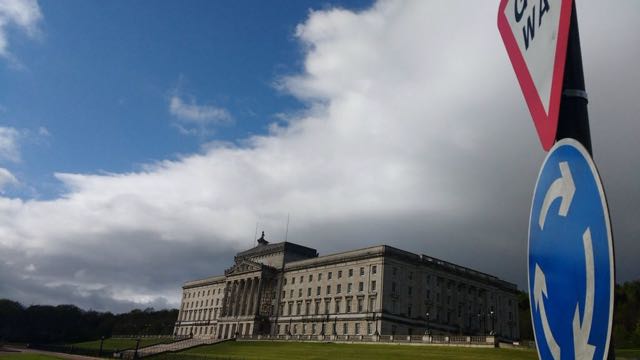 By the time they gathered this afternoon the negotiations at Stormont had arrived at that inevitable pause.

A leaders’ meeting at the Castle meant it was a talks table for 14 – two from the British Government, including Secretary of State James Brokenshire, two Irish officials, Arlene Foster with Richard Bullick, Michelle O’Neill and Caral Ni Chuilin, Colum Eastwood and Nichola Mallon, Robin Swann and Steve Aiken and Naomi Long with Stephen Farry.

For weeks, those of us watching these negotiations, have thought of a process going round in circles. Going nowhere. 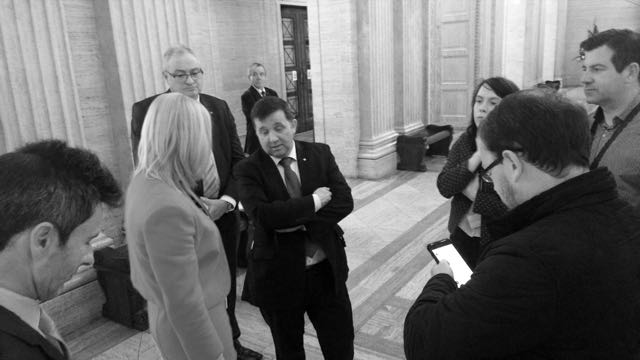 Ulster Unionist leader Robin Swann was first back to the Great Hall at Parliament Buildings to tells us that the talks had been officially paused until after the General Election.

It was the confirmation of the inevitable. No big surprise – indeed, no surprise at all.

Yet here is a place of politics that in weeks of talking has come no closer it seems to an agreement that would restore the power-sharing Executive.

This place now lacks credibility. For all the talk of banking progress, these negotiations lack credibility.

There is a new deadline of ‪June 29 – extended because of that snap General Election called for ‪June 8.

The decision to pause for now was described as both sensible and realistic.

A Brokenshire statement pointed to some progress – “including on the development of a Programme for Government and on legacy”.

One wonders to what the progress on legacy amounts?

As these talks came to a pause, another battle was playing out following a report by the Defence Select Committee recommending ‘a statute of limitations’ covering all Troubles-related incidents up to the signing of the Belfast Agreement, which involved former members of the Armed Forces.

The committee said it would encourage the next government to extend this provision to include former members of the RUC and other former security personnel, and added: “It will also be a matter for the next government to decide, after appropriate consultations, whether the statute of limitations should also cover all Troubles-related incidents.”

How might this play into the thinking of a new government – especially a government with a significant majority?

And could these proposals become part of a planned public consultation on legacy here?

DUP MP Gavin Robinson – a member of the Defence Committee – was adamant this is not a blanket amnesty.

The report of the Defence Committee is in the frame of options, proposals and recommendations – but perhaps this debate is starting to turn a corner and move in the direction of amnesty however much that word is dismissed and denied.

Could such a move improve the process of information-retrieval or truth-recovery?

Investigations and the possibility of imprisonment are barriers in the way of such a process.

A conflict cannot be half over. The past cannot and should not be reduced to some parade of shame.

And, through all of the controversy, the mechanism that will deliver most information needs to be found.

That won’t happen in the type of negotiation that has just paused or stalled again. 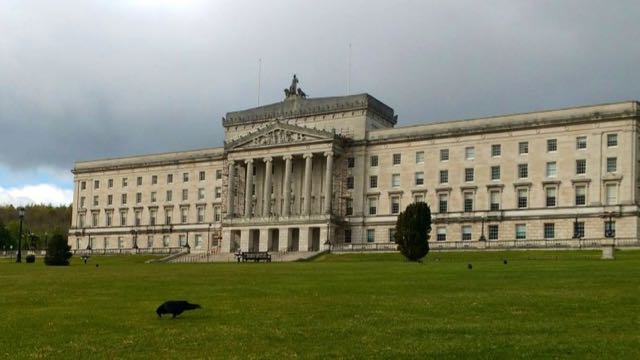 It needs a new approach – different people at the table; an international chair.

One issue, among many issues, still to be settled.

There is not much time after the election.

“We are absolutely up against it,” Colum Eastwood said on Thursday.

They are, and they need the weight of this legacy issue lifted out of these talks.

Social share:
Previous Article“Take this message to Arlene” – By Eamonn Mallie
Next Article Proposals on Past open path to Truth – By Winston Irvine