You are at:Home»News & Current Affairs»A solution to the Gordian knot of dealing with the past – by Patrick Corrigan
Social share: 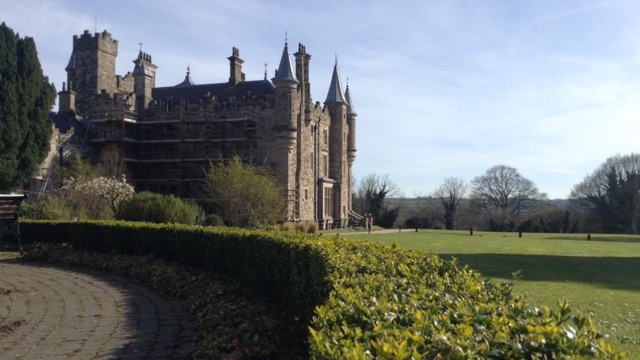 The Gordian knot is a legendary puzzle associated with Alexander the Great, famed for its near impossibility to unravel.

Dealing with the past has become Northern Ireland’s Gordian knot, a problem which has proven intractable over repeated, failed political talks.

So here we are. Another year, another political crisis and another attempt to disentangle the legacy issue.

The pessimists say it can’t be done. Who can blame them, when a solution has eluded parties and governments for nearly two decades?

But, it can be done. We came close before.

The December 2014 Stormont House Agreement contained detailed proposals on the past and, for the first time in Northern Ireland’s history, spelled out agreed structures for the establishment of truth, justice and reconciliation mechanisms.

These include a Historical Investigations Unit (HIU) for criminal investigations leading to potential prosecution and an Independent Commission for Information Retrieval (ICIR).

The proposals weren’t and aren’t perfect – notably they largely neglected the rights of those injured and tortured during the conflict but they offer the possibility of robust investigatory mechanisms able to deliver a measure of justice and truth for families, victims and society.

Ultimately those proposals came to nothing, deadlocked in disagreement about the legislation required to establish the promised truth, justice and reconciliation mechanisms. Twenty-seven months on, the proposals for addressing the legacy of the Troubles remain mired in political wrangling.

So why the impasse?

One of the main stumbling blocks has been the UK government’s insistence on retaining a national security veto for the onward disclosure of material and information from the HIU to families.

The HIU is the primary investigatory mechanism proposed in the Agreement that is charged with taking forward investigations of outstanding cases of conflict-related killings, with a view to securing prosecutions. Where a criminal prosecution is not possible – likely the majority of cases, given the passage of time – the HIU would provide a report to the bereaved family outlining to the fullest extent possible the circumstances surrounding the death.

The UK government wants to retain the power to prevent the disclosure to a family of any information contained in this report which is deemed a risk to national security. Families could challenge a refusal to disclose information, but only under judicial review principles. In reality, the high threshold that a judicial review process involves – requiring families to actively demonstrate that the decision not to disclose was disproportionate and irrational – would make it near impossible for families to secure a reversal of a national security veto.

The government’s apparent insistence on a national security rider runs counter to international human rights standards. The right to an effective remedy and reparation includes a right of access to relevant information concerning those violations.

The obligation to investigate under article 2 of the European Convention on Human Rights (right to life) includes both a requirement that there be a “sufficient element of public scrutiny” to secure genuine accountability, and a requirement that the family of the deceased are involved in the process to the extent needed to safeguard their “legitimate interests”.

While the Court has said that disclosure of sensitive information is not an automatic requirement under article 2, it has indicated that this does not mean information can be withheld from victims indefinitely. The Tshwane Principles likewise emphasise that information concerning human rights violations should always be disclosed to victims.

Conversely, it would be wrong to think there was no legitimate justification for some information to be kept from public view.

For example, where the disclosure of a name would demonstrably endanger the life or

physical security of an identified individual.

But beyond this, given the passage of time, it is difficult to accept government arguments that old information continues to jeopardize national security to the extent that such facts cannot be provided to bereaved families.

There is also a real fear among some victims that the UK government could and would invoke the proposed national security veto too easily, and interpret its scope too widely.

Historical precedent supports those fears given repeated failures over previous decades to ensure full disclosure of sensitive material to investigations, inquiries and court cases examining alleged human rights violations. Leaked versions (usually via this website) of the proposed draft legislation bring little comfort, as national security exemptions potentially include any information supplied by the security and intelligence services, as well as any intelligence information from the police or military.

When combined with the burden and hurdles facing families in attempting to successfully challenge a decision to withhold material, the consequence will likely be that families are denied access to information to which they have a right about their relative’s death.

If the HIU has its independence compromised from the start by government interference on onward disclosure, attempts to instil confidence among victims’ families are doomed.

There are ways out of this impasse.

Yesterday academics from both universities, in partnership with rights and victims NGOs, published a new model for dealing with the past, using the Stormont House Agreement proposals as their starting point. It is an approach that seeks to protect the rights of families and the independence of the HIU on one hand, and the UK government’s legitimate national security needs on the other.

The team, led by Prof Kieran McEvoy of Queen’s University, has published a set of proposals, already privately shared with the two governments involved in the Stormont talks. The proposals are based on the concept of “keeping people safe and secure” – a term lifted from the Stormont House Agreement – rather than the contested territory of “national security”.

Firstly, they say, legislation establishing the HIU must expressly recognise the need for as much material as possible to be made available to families. It should set out the grounds on which information may be kept confidential, limited to those which are strictly necessary, namely information that would demonstrably endanger the life or physical security of an identified individual.

Secondly, the HIU as an independent investigatory body should have, in the first instance, the power to determine issues of disclosure. The HIU should notify the relevant government authorities if it intends to disclose material that may be sensitive and it is then for the government to appeal the decision to an independent judicial mechanism. Families would also have a right to appeal a decision by the HIU to withhold material.

The hope is that by having an explicit presumption in favour of disclosure, defined criteria by which disclosure might be withheld and giving the HIU the power to determine what material should be provided to families, the number of appeals to the judicial mechanism would be limited, reducing the need for families to go through further protected legal processes.

Finally, the independent judicial mechanism should have the final say in determining whether the relevant sensitive information should be withheld or not. This process of determination should include the ability of independent counsel to test, including through cross-examination, the government’s claims that disclosure would damage national security, or endanger someone’s safety and security.

Without effective mechanisms to deliver truth and justice, Northern Ireland’s past will continue to cast a long, damaging shadow over its present and future.

But right now, after so many false starts, there is an opportunity to get this right. Of course, it will require political courage and willingness to compromise. What progress in Northern Ireland didn’t?

After a period of political talks, followed by the proposed public consultation being touted at the talks, an approach such as that outlined today could provide the HIU with proper independence and cultivate the trust of families seeking answers, while offering the government reassurance that it too is being heard.

The new model from the academics and the activists might just help unravel our Gordian knot and loosen the ties that have bound us too tightly to the past.