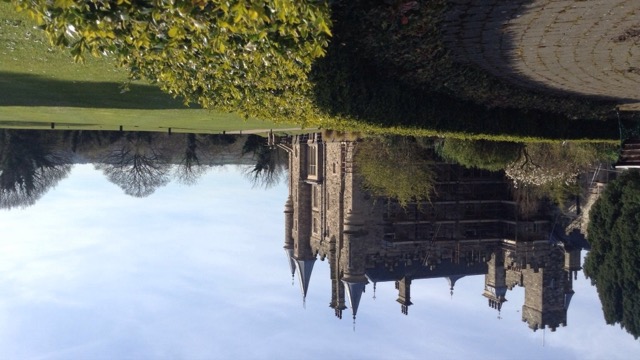 The talks at Stormont Castle have been turned upside down.

Just think about it for a few minutes; the implications of that announcement by Theresa May that there is to be a snap general election on June 8th.

Immediately, priorities will have changed.

For all the talk of the importance of the Stormont Castle talks, other things will now be more important.

Posters, working out the permutations of the March Assembly election figures and how they could translate when it comes to the next voting and counting in several weeks time, positioning and the importance of pacts in this latest political play.

Given the Prime Minister’s Downing Street announcement, what Paddy Power now thinks will be much more relevant than what James Brokenshire or Charlie Flanagan thinks.

Remember the March results – Sinn Fein within a seat of the DUP and the unionist  majority gone both within the Assembly and the latest negotiations.

Now, another election, another battle – divisive and stamina-sapping for those who are going to have to repeat that race around all those doors again.

Will there be a repeat of that remarkable nationalist surge witnessed in March?

Can unionists hold back the charge?

And, in such a scenario, is a Stormont deal on the Irish language, legacy, marriage equality, an armed forces covenant and the many other issues being discussed, more or less likely?

“It reduces any prospect of a deal – if there was any chance,” one talks insider commented.

“I still think they are going to have to run it out,” another responded – meaning the planned third phase of talking will be allowed to run its course.

The Easter break has ended abruptly.

In a statement, Alliance leader Naomi Long accepted that “the chances of a deal this side of June 8 have now become more remote”.

Irish Foreign Minister Charlie Flanagan also acknowledged the “political reality that all of the parties involved in the talks will now be competing in a General Election and mindsets will inevitably shift to campaign mode”.

“Nevertheless, it is the firm hope of the Irish Government that the talks process can continue and conclude successfully in the coming days,” he added.

One imagines this is said more in hope than expectation.

“I think that Brokenshire will still have to go through the motions of the talks,” a  close watcher of the Castle negotiations commented.

But, in this conversation, this source, was thinking out loudly about another Assembly election on that June 8th date.

There is no one talking seriously about a Stormont agreement before then.

Those talks at the Castle really have been turned upside down.

Social share:
Previous ArticleConfronting the legacy of conflict: Othering and the Spirit of the Agreement…  By Dr Cathal McManus
Next Article PROPPING UP THE POLITICS OF THIS PLACE – By Brian Rowan