The dialogue at Stormont is now entering that phase when you begin to hear much of the usual – the talk of a “big push” to get something by Friday.

Getting something means getting a deal, but is there enough time for the type of push and effort that would require?

Governments “raising expectations” was how one insider responded – “talking up the possibility of agreement…putting pressure on the parties”.

“The Irish Government are as bad at it as the British,” he said.

Then, there is other talk. “The legacy stuff is still miles away,” according to a unionist source. “I’ve no indication that it’s anyway close.”

From a republican, the comment that Secretary of State James Brokenshire is “complicating things”. 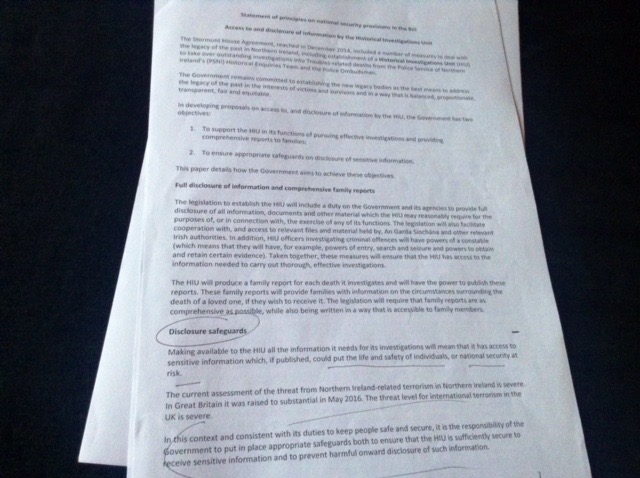 On a confidential basis, new legacy papers were made available to the parties to the talks. Those papers have been seen and read by this website, including  one headed: Statement of principles on national security provisions in the Bill.

“It’s really shite,” is the blunt assessment given by a non-political source.

If Sinn Fein reads that paper in the same way, then the legacy stuff really is “still miles away”.

One republican described the talks on this issue as being in a cul-de-sac.

National Security is not an issue that you move in political negotiations no matter how many big pushes. 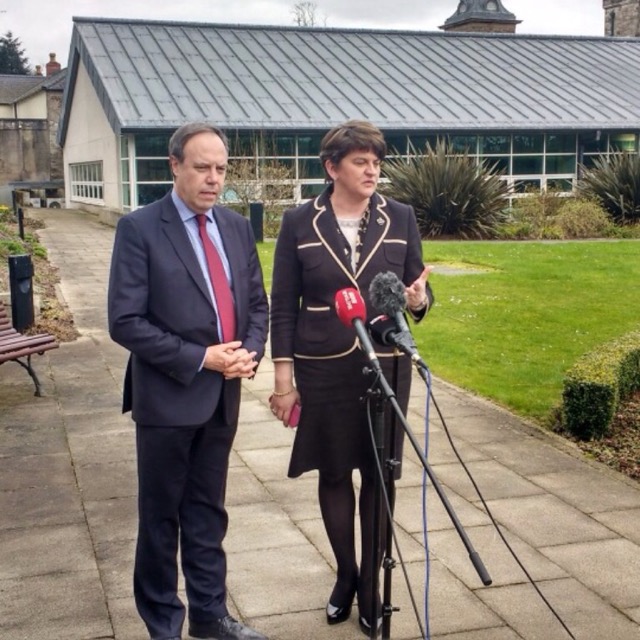 Add to this the Arlene Foster question; the Sinn Fein position that it will not serve in an Executive with the DUP leader until after the report of the public inquiry into the RHI debacle.

Several days ago Stephen Nolan raised this issue with MP Sir Jeffrey Donaldson. He confirmed the DUP position that Mrs Foster will not step aside, and was then asked – what is the point of these talks?

“In the hope that if we can get a broad measure of agreement on all of the other issues that Sinn Fein will relent on this demand, which we believe is an unreasonable demand,” Sir Jeffrey responded.

And if they don’t relent? – Nolan asked.

Then, Donaldson said: “We are not going to get a government.”

How does the “big push” in the final days of these talks move this issue, and what if it cannot be moved?

If this dialogue is to produce a different type of political partnership, and the implementation of past agreements, then there is the need for a different mindset.

Not the nonsense of a big push, but the need for time to do things properly.

The last chance is to get this right, and not to produce another cobbled together few pages that are once again presented as an agreement.

How long did it take for the Fresh Start to become a False Start? Is there any learning from all the previous mistakes?