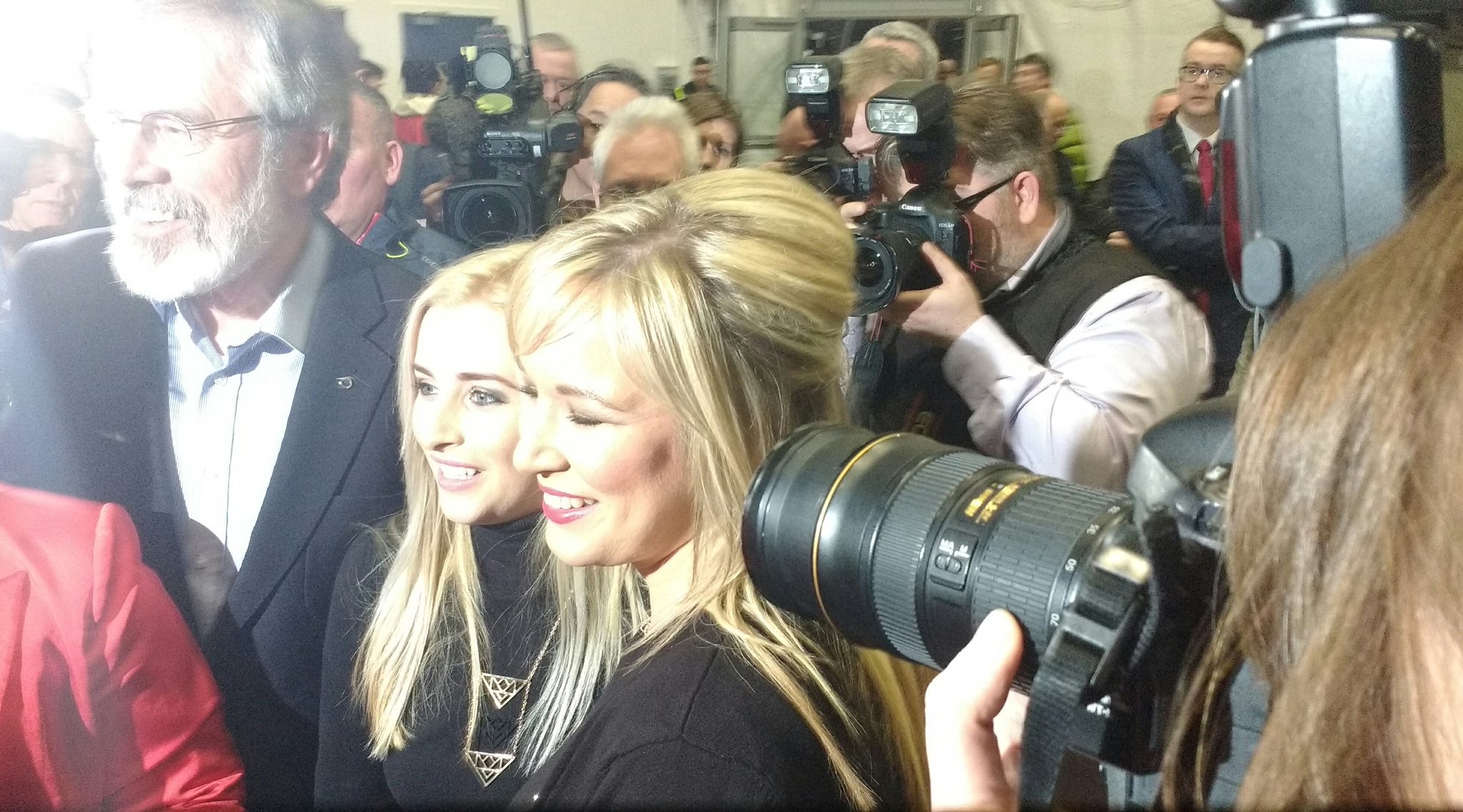 This was a day when so much changed.

There was a photo-finish in terms of seats and the share of the vote.
The DUP just got 28 seats with Sinn Fein securing 27 seats.

Across the 18 constituencies just over a thousand votes separated them.

And across the parties, when all the counting was done, the overall unionist majority was gone.

What is meant by last chance?

That politics so broken by all the fallout of recent events now needs time to mend – more time than the few weeks that the political schedule allows.

What brought about this surge in the Sinn Fein vote?

Not just the RHI debacle. Add to that the DUP pantomime that played out in Stormont on December 19th, Then, days later, the withdrawal of Liofa funding (later reinstated) and then Arlene Foster’s use of that term crocodile to dismiss demands for an Irish language Act – that if you feed Sinn Fein it will come back for more.
Martin McGuinness responded with the politically nuclear option of resignation. The institutions collapsed, an election was triggered and the voting has changed so much.

The idea that a deal can now be done in a few weeks is just nonsense.

This time, there is the need for agreements that will stick. A need for Secretary of State James Brokenshire to think about his role as talks chair, for someone outside of the governments and the parties to perform that role and new conversations are needed.

A legacy deal is not achievable in a few weeks. This issue needs a new conversation that addresses cooperation across the board, the question of imprisonment and what realistically is possible when it comes to giving answers and sharing information. It is time to be honest about the truth.

Time is also needed to manage the election casualties.

Sinn Fein has a spring in its step.

The DUP and UUP have been bruised, The SDLP did better than expected and, in holding their ten seats in this smaller Assembly, Alliance and the Green Party punched above their weight.
Someone now needs to press a pause button and allow time to see what can be achieved.

This is a last chance to get this right, to try to put Humpty Dumpty together again.

That opportunity needs a thought-through approach, not another sprint into something half-baked and half hearted.