You are at:Home»News & Current Affairs»‘PLAYERS IN THE PAST – AND PRESENT’ – By Brian Rowan
Social share: 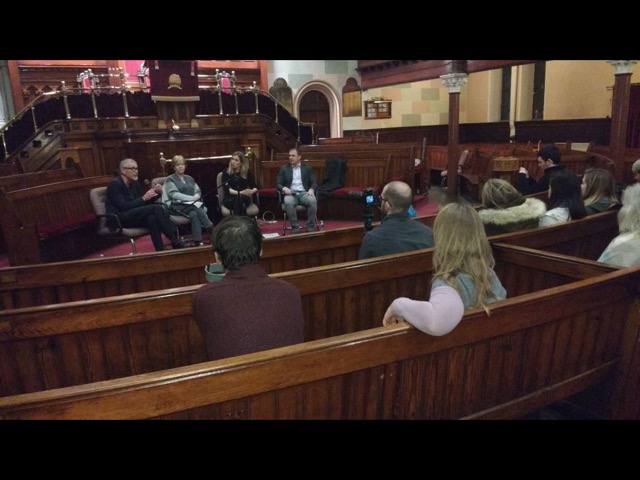 On a wet night in a church on the peace line separating the Shankill and the Falls Roads one of those important conversations took place.

It happened quietly without any song and dance as part of the Respect Film Festival.

The event format was the screening of a documentary ‘In Dialogue’ and then a panel conversation involving former RUC officer Roger McCallum, republican Eibhlin Glenholmes and loyalist Winston Irvine.

Their discussion ‪on Tuesday evening at Townsend Street Presbyterian Church was facilitated by Dr Anna Bryson of the Law School at Queen’s University.

McCallum, Glenholmes and Irvine were part of that ‘In Dialogue’ documentary sharing a conversation with others – the type of talking once considered impossible.

Dialogue is still difficult – “smeared” and “degraded” Irvine said by those who still view talking to the  other as some form of sell out.

“Sometimes the noise out there can destroy the message,” McCallum said.

Glenhomes spoke directly to the former police officer and to Irvine: “I appreciate you coming here tonight,” she said.

However difficult, talking is necessary.

Hours earlier at the Stormont Castle talks, Sinn Fein called to an end a meeting with Secretary of State James Brokenshire.

The standoff over funding for legacy inquests continues. The past is still a battle. The Stormont House Agreement so obviously not an agreement.

On legacy matters, neither Sinn Fein nor the SDLP see Brokenshire as an independent or impartial chair.

On Wednesday, Colum Eastwood said the Secretary of State is in no doubt as to his party’s position.

That issue of who chairs the legacy talks is not the only problem.

How do you shape an agreement on the past when you leave loyalists outside the door – when the issue of imprisonment has not been settled?

And how do you shape an agreement when there is no confidence in Brokenshire – seen by both Sinn Fein and the SDLP as a player, not a referee. 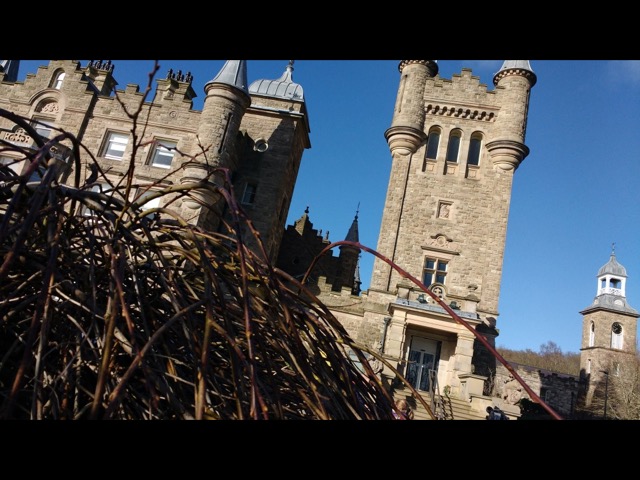 Yesterday, the Secretary of State spoke of the UK Government’s key role in relation to funding and legislation.

There was no suggestion that he intended to step aside.

If the funding row for legacy inquests can be settled, the next battle will be on National Security.

The Stormont House Agreement is on a legacy structure including a Historical Investigations Unit (HIU), an Independent Commission on Information Retrieval (ICIR) and an Oral History Archive.

There is no detailed or precise agreement on participation and cooperation, including IRA and loyalist involvement.

One talks participant believes there may be an attempt to get agreement on inquests funding and some move to “create another process on the past”.

If so, this would be an indication that these questions of process and detailed cooperation are far from settled – that there is not yet an agreement waiting on implementation.

If Brokenshire is not acceptable as a chair, then who would be?

In that ‘In Dialogue’ documentary, I listened to the former Methodist President Harold Good speak about grace and the advice he was once given that “you’ll need an awful lot of it”.

Good has helped this process at different times; in the shaping of the Paisley/McGuinness Executive, on decommissioning and on ending the marching dispute in north Belfast.

He has helped things happen. Perhaps alongside some international or outside figure, he could help again – help find the words that could create the will and the way.

It is something worth thinking about.

Social share:
Previous Article“Too many unionist leaders and representatives behave like a mouse in search of a cat” – By Terry Wright
Next Article ‘Who says the two year limit on prison sentences for Troubles offences excludes the security forces?’ – Asks CAJ’s Daniel Holder