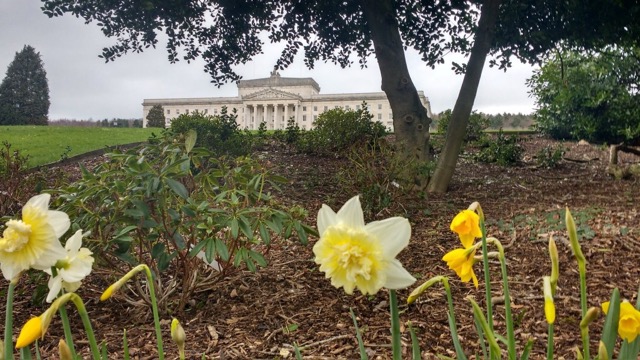 At the start of this week the parties to the Stormont talks were given a set of papers relating to the legacy question – that issue that has proved impossible to settle through a decade of consultations and negotiations.

There always seems to be a wall that stands in the way of progress – that blocks those last steps.

Think of the journey through the Eames/Bradley consultation and report, the Haass/O’Sullivan talks, the leaders’ talks, the Stormont House Agreement and Disagreement and then the Fresh Start and False Start.

So, what will the next agreement be called if the discussions can find a way through or over the wall?

This latest talking stems from a crisis that needed to happen to clear and to clean the air, to begin again, to this time, try to get things right

At Stormont. This may be the last chance.

Agreement on a legacy process is again the wall that has to be climbed and cleared; not the only obstacle, but the one that presents the biggest challenge. 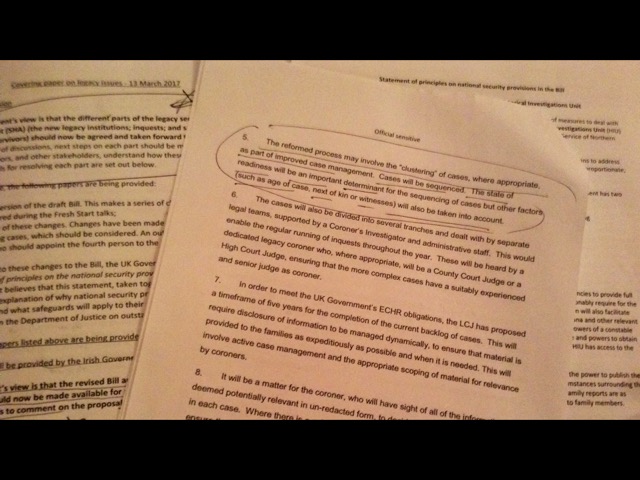 These papers were provided on a confidential basis, but have been obtained by this website.

In the covering paper, the British Government’s position is clear: “The UK Government’s view is that the different parts of the legacy section of the Stormont House Agreement (SHA) (the new legacy institutions; inquests; and services and support for victims and survivors) should now be agreed and taken forward together as a package.”

There has been a push to get the funding for legacy inquests released now, but this paragraph puts it within an overall, agreed package – not as a stand alone element. 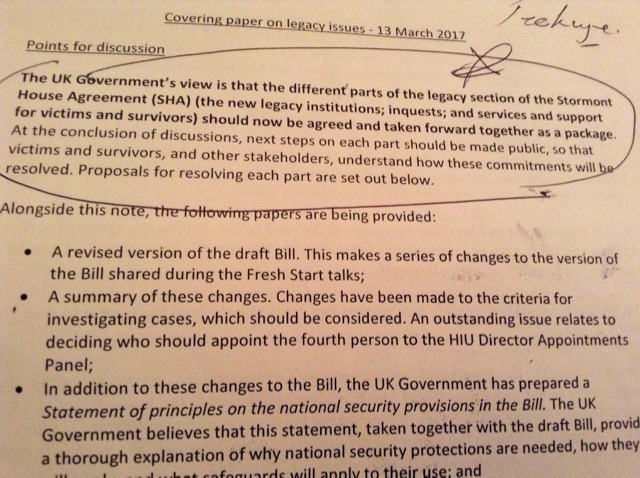 Within the papers, there are many words about National Security – “more explanation” a unionist source observed.

This issue is the wall that has to be climbed.

Is National Security a reason or an excuse for withholding information?

Would ‘National Insecurity’ be a more accurate description?

When you step onto this ground, you are trespassing – trying to get inside a place of secrets and walls.

Can such an issue ever be settled within a political negotiation?

What if the answer to that question is NO?

Does everything else within these talks have to wait?

Chasing full disclosure is to chase your tail. There is no such thing – not from security or intelligence, not from the IRA or loyalists.

All will have and will keep their secrets.

If this negotiation waits for absolute certainty on National Security, then it could be waiting forever.

Is there no agreement until there is a national security agreement?

By Friday week some sort of judgement will have to be made on the worth of these talks – what has been achieved and not achieved.

If there is no agreement, then there will be no Executive by the deadline of Monday, March 27.

The legacy discussion that began with Eames/Bradley continues.

It is a story with no ending – that story of security and insecurity, secrets and scars, ugly truths and half-truths.

Will we ever know the full story? The answer is NO.