You are at:Home»News & Current Affairs»Opinion»‘Crisis – Consequences – and the Crocodile Factor…’ – By Brian Rowan
Social share: 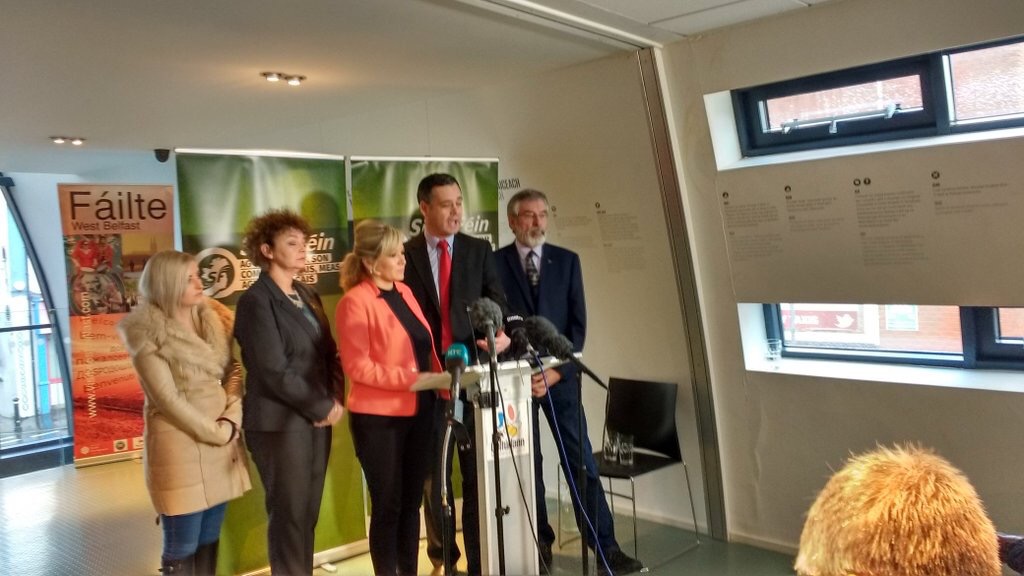 We are in the countdown now to polling day on Thursday and, then, we will watch the results as we try to assess many things.

What will be the consequences of this particular crisis?

The consequences specifically of what has come to be called the RHI debacle and the potential costs – not just financial but political – of this botched scheme and the fallout from it?

How will voters respond to the Martin McGuinness resignation – Sinn Fein’s use of that politically nuclear option to force Arlene Foster out of office, bring the institutions down and trigger this election?

Then there is what could be called the crocodile factor – the DUP leader’s use of that term to dismiss demands for an Irish Language Act on the grounds that if you feed Sinn Fein it will come back for more.

What will be the reaction to the use of those words, and what will be the sum total of the vote and the count in terms of outcome?
“There is a nervousness about not being able to put Humpty Dumpty together again,” a senior DUP source commented – this part of the mood he is picking up on the doorsteps of this election canvass.

There is anger, disillusionment about Stormont, but his assessment is that people don’t want the thing to fall apart – that they will give this another chance.
In the negotiations that will follow immediately after the election, Sinn Fein could give the DUP its last chance.

On Tuesday, Michelle O’Neill repeated that there could be no place in government for Arlene Foster until the report of the public inquiry into the RHI scheme is completed.

This is one red line. Ms O’Neill also stated the need to implement previous agreements across a range of issues, including a structure to address legacy matters.

Here, there is another complicating factor – the role of Secretary of State James Brokenshire.

On Tuesday, Sinn Fein’s northern leader described him as partisan and accused him of pandering to the DUP.

Republicans do not see him as an independent broker. So, there will be an issue about him as the chair of these talks. The SDLP leader Colum Eastwood has already made clear that Brokenshire should not be in that role.

As the negotiations approach, the DUP mood seems less pessimistic in terms of the number of seats it will have on the far side of this election.

Below 30 a fortnight ago. Now, more likely to be 30 or above, is the assessment of one party insider .

So, there is a sense that the pendulum has moved in recent days. Why? The talk is “because of Mike’s balls-up.”

This a reference to Mike Nesbitt’s recent comments that when he comes to vote he will select the SDLP as his second preference after the UUP.

There is a suggestion that this has changed things on the doorsteps.
But has it?

Writing on this website, the UUP leader accuses the DUP of “playing the same Project Fear card they played last May” – what he calls same-old, same-old politics.

The challenge, in his words, is to form a government of willing partners.

Last May, the DUP was the big winner, but what about this time?

Another party source believes the “bandwidth” in terms of seats is in that range from high 20s to early 30s – that the DUP will come out as the largest party.

He adds to that that things are “so unpredictable”. So, nothing is being taken for granted.

Another DUP source posited the view that a climb to 30 or above will be hard going – that there are many factors to be considered.

The pendulum could move again. Across the constituencies there will be so many battles for the fifth seat.

In recent days, an Ulster Unionist source changed his assessment on his party’s likely tally from mid-teens to something lower but, again, so much will depend on those fifth seats, on the difference between what is considered “bankable” and what is a “stretch”.

All of the talk suggests that Sinn Fein could have something in the mid to higher 20s. If so, the SDLP will not have made ground.

A party source described “something stirring” – that as polling day approaches “the serious risk to devolution and the project is going to become the alternative narrative to top-dog and bogeyman politics”.

Colum Eastwood says the challenge is to try to save devolution and power-sharing – save it from Theresa May and a Tory Government.

Is it said more out of hope than expectation?

Let us wait for the casting and then the counting of the votes. In the waiting for that, what we are hearing are predictions, suggestions, hopes – fears.
Politics has swingometers and ‘panic-ometers’. It can be cruel and cold.

Amid all of the talk and speculation, the guessing and predictions, there is so much that is not known.

What will the turnout be?

If Alliance and the Green Party can hold onto what they have, then they will have punched above their weight in an election in which the number of Assembly seats will reduce from 108 to 90.

Naomi Long has been impressive in the leaders’ debates.

There will be casualties when the counting is done, and it is likely that some of them will be big names.

Then, there is the next bit – trying to put Humpty Dumpty together again.

“When something is broken, you stop and you fix it,” Michelle O’Neill said on Tuesday.

This time, that will take time. There is much to be fixed.

So, what potentially are the biggest consequences in all of this – this fallout, the crisis, the collapse of the institutions?

That unless old agreements are implemented, that unless partnership means what it says on the tin, that unless the Arlene Foster issue can be resolved, then there is not going to be a government.

The biggest casualty could be the institutions that were established to confirm the peace and the new beginning.

Who wants those institutions the most – who needs them the most?

Social share:
Previous Article‘Questions for the Opposition’ – By Colm Dore
Next Article A Defining Election by Colm Dore