You are at:Home»News & Current Affairs»Opinion»“Victims are paying the price of the peace that the rest of us enjoy” – a Colin Davidson sentiment shared by Peter Osborne
Social share: 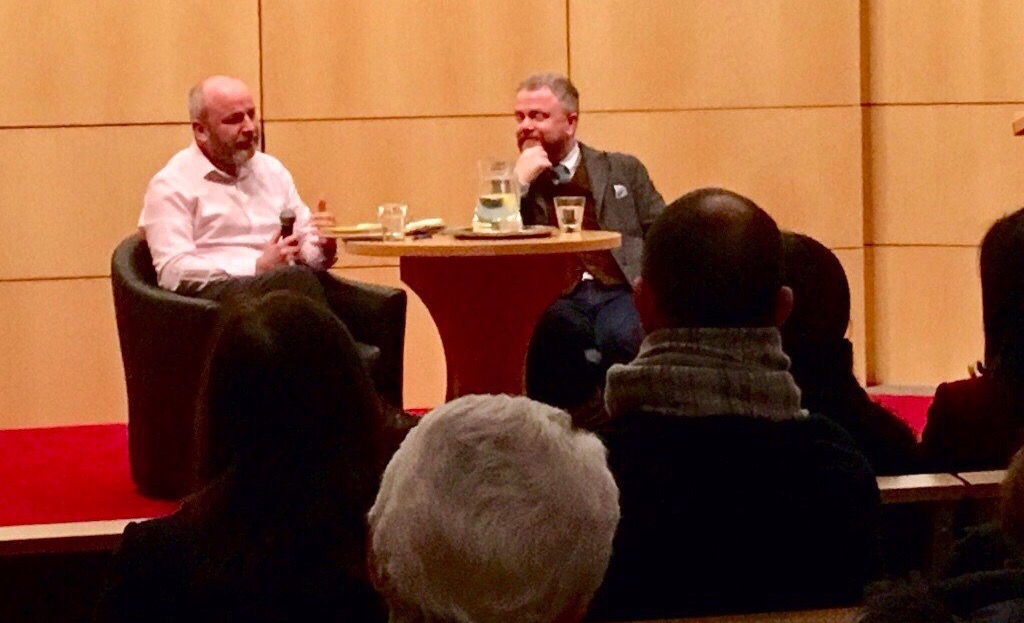 The conversation that Colin Davidson had with Brian Rowan during the Four Corners festival on Friday 10th February was witty, reflective and powerful – it held the 200 or so in the audience spellbound from the start.

The power was partly in the personal stories of many of the victims that Colin had painted – but it was more than that. The power was in the words of wisdom spoken and in the unjustness of the large hole in this peace process in which victims have found themselves for years.

These are people that live with a tragedy in their lives that thankfully most of us do not understand. They live with it daily and hourly; the rest of us engage with the issues only when we chose or when our life briefly touches theirs.

Two of the oft-repeated words of the evening were acknowledgment and compassion – two words that are markedly absent from the political world and markedly present in the world of leaders in civil society.

Another phrase that Colin used has been rattling around in my head – victims are paying the price of the peace that the rest of us enjoy.

Victims have been poorly done by during the peace process. They are still a long way from two of their big asks -information and acknowledgement. They have been neglected and too often used.

It seems pretty obvious. If some are too busy using the needs of victims as a political football then the ball needs taken away from them, and soon.

Victims need people and a process that can deliver and the only people who can facilitate that are the British and Irish governments.

They alone are capable of taking this issue above the fray, putting it above their selfish interest too in a process that serves the greater good of victims and separately the peace process itself.

Social share:
Colin Davidson
Previous Article‘SILENT TESTIMONY – MORE THAN AN EXHIBITION’ – By Brian Rowan
Next Article “Arlene Foster wouldn’t step aside, so we did it for her. She will stay stepped aside” until… – By Michelle O’Neill