You are at:Home»News & Current Affairs»Two of the lynchpins of The 4Corners Festival Belfast Rev Steve Stockman and Fr Martin Magill reflect on ending of 5th Festival.
Social share: 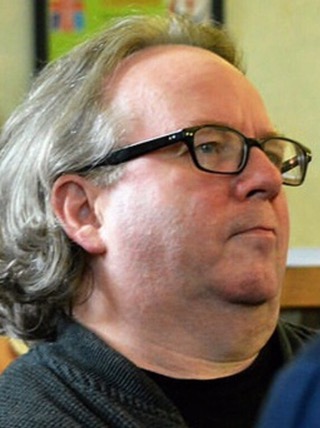 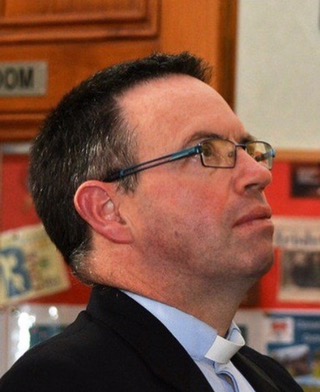 The 4 Corners Festival set out five years ago to get people out of their corners of Belfast and find new geography, new perspective and new friends. We were keen to make the Church positive and imaginative contributors to the reconciliation on the street, the getting Jesus out from behind the walls of Churches and on to the frontlines.

As we deal with a strange feeling that I term post festival blues we immediately start asking how we have done. We will glance across every event and pause at all the moments, the sentences, the after event cups of coffee and try to distil something of what went on.

Paul Brady’s song The Island got more than one mention this week. While the more obvious lines, “Still trying to reach the future through the past/Still trying to carve tomorrow from a tombstone”, swept in and out of many of the conversations, I was most struck by: “Now I know us plain folks don’t see all the story/And I know this peace and love’s just copping out”.

What this festival affirmed to me was that peace and love is not copping out. That peace and love are a courageous thing. “It’s harder to wage peace than war,” Barack Obama had told us at the Waterfront back in 2013.

“Fighting to make peace” as my friends Lies Damned Lies once sang is difficult. That came through as Paul Gallagher shared how he fought to make sure his family didn’t take the “other” side and seek revenge for the random UFF attack that left him in a wheel chair.

It came through as Mary Moreland talked through her coming to terms with the fact that her husband had been killed as she walked across the school playground to meet a policeman and how she had to keep it together for her young children.

It came through as John Martin shared about his University years and for the first time coming to terms with his father’s death in the Poly bomb, before he was even born. Faith had been a resource upon which to lean. It was the unsaid that struck me; John’s mother’s bravery in bringing her son and daughter up while going through that trauma.

It came through when Joe McKeown talked about the hatred that he held for the British soldiers who shot his Grandfather dead. “God took me to places I didn’t want to go,” he told us. “I broke down as I held a Union flag and cried like a baby.”

Colin Davidson’s profound declaration that the eighteen portraits in his Silent Testimony exhibition weren’t about the past but about now is a key that unlocks our attempts to deal with the past. Paul, Mary, John and Joe are committed to working for peace. Their past impacts their now, their every single day, but their courageous decision every day is to seek a better future for all. A future Paul Gallagher suggested about simply stopping doing things that hurt each other.

During our Festival Sunday service, on BBC Radio Ulster, Fr Martin Magill confessed the more difficult parts of Scripture are the bits he does understand. When you understand you have to apply! For me the most difficult thing of the whole Festival to process was Trevor Morrow’s preach on Philippians chapter 2. In that chapter, in the context of a divided little Christian community, the apostle Paul tells us to be have the same mind as Christ Jesus.

Trevor drew out three steps in the process of reconciliation that are in Paul’s writing.
Firstly, Jesus gave up his rights and privileges and secondly he served his enemy. Thirdly, and here is where it gets brave, he sacrificed his own life to be reconciled. I mean it is obvious every Sunday in Church or Chapel or wherever Christians worship. However, when Trevor applied it to our Northern Irish enmities I was stopped in my tracks at the demands. The one hurt, the one on the receiving end of the injustice becomes the one who takes the blame and pain of reconciliation on themselves. Goodness me.

The 4 Corners Festival can be seen as lovely. Ten days when people across the corners of Belfast, drew seats or pews together in different corners. Strangers met over coffee. Great art was performed, a Snow Patrol guitarist even showed up, food was eaten and carers were rightfully shown a little care, the Shankill and Falls got walked. The challenge though was not pretty or nice. It was hard ball. This is the stuff of changing the way things were and are now into what they might possibly be. It is not for the faint hearted!’

Thoughts of Martin Magill, ‘Belfast: Our Wounded and wonderful city‘

By choosing ‘Belfast: Our wounded and wonderful city‘ as this year’s 4 Corners festival theme the organising committee wanted to make even a small contribution to healing from the wounds the past. Each of the events was connected in some way to that theme.

When the 70 or so of us wandered down the Falls and onto the Shankill we were clearly reminded of the wounds suffered by Loyalist and Republican, Catholic and Protestant and people of no political or religious background. Many memorials along the way reminded us of the city’s painful past. As a disparate group we stopped here and there; we remembered, we prayed, we talked and we were silent.

In the mid-week event in the beautiful holding space of Holy Family Church in North Belfast, Paul, Mary, John and Joe who shared their stories left us in no doubt about the wounds they carried particularly poignant in Paul’s case as his have left him needing to use a wheelchair to get around. Their words offered hope; they didn’t want to be defined as victims. None of them spoke with any bitterness and some of them even talked about forgiveness. As she was leaving the church, Mary said to me: “in a funny sort of way, I enjoyed tonight”.

At the tea/coffee afterwards, a very important part of 4 Corners events, Gerry a retired RUC officer made a point of introducing himself to John whose RUC father had been killed in a bomb. Gerry had served alongside John’s father and said to him: “you would have been proud of the father you never knew”.

Painter Colin Davidson in conversation with broadcaster and writer Barney Rowan created an atmosphere of wonder even awe as they chatted in the Agape Centre on the Lisburn Road.
In their wide ranging conversation Colin left us in no doubt that meeting and painting the 18 people for his “Silent Testimony” exhibition was a life changing experience.

The two words “acknowledgement” and “compassion” he told us have stayed with him when it was all over, he suggested that these words need to be part of how we deal with the past.

Eamonn Mailie speaking at the end of their conversation described the experience of viewing “Silent Testimony” similar to his childhood practice of doing “the Stations of the Cross”.

Former Presbyterian moderator, Trevor Morrow shared some of his own suffering as he tried to minister healing within a previous congregation. He reminded us that peace making often came at the cost of suffering and sacrifice. His fellow contributor Brian McKee in a very vivid way shared his memories of the beginning of the Troubles coming to his native Ardoyne. He painted a picture of the fear as he described his community’s response in 1969 to possible attack from “the other side” including his own fear as a child that he would be killed in his bed.

I was especially encouraged to see greater numbers of young people at different festival events this year. Younger people made up a large proportion of the audience at a play specially written for the occasion by Chris and Ross from “Play it By Ear” on the first Saturday night. There was also a strong youthful presence at the Iain Archer concert.

The 50 young teenagers from 16 post primary schools were well supported by a dedicated group of students from Ulster University and Youth Volunteer Academy. Youthful and talented artists including Na Leanaí, the “young ones” of the Rostrevor Sands family, Jan Carson, Hannah McPhillimy all brought a youthful energy to the “Songs and Stories of Wonder” event; most of the audience was under 30.

Hearing a person’s story is something I always treasure and I had that opportunity on the Monday evening of the festival in meeting carers from all 4 corners of the city. Their care for a loved one, their sacrifice and willingness to go the extra mile challenged me greatly. I heard their stories of wounds, namely the suffering of their loved one, but their commitment was a testimony to the wonder of the goodness of Belfast carers.

Most of the people who attended the showing of ‘I am Belfast’ indicated that evening they were visiting the historic First Belfast church for the first time. The powerful clips of the Troubles reminded us of our wounded city whereas other parts of the movie portrayed the beauty and wonder of Belfast and in the magic realism of the funeral of the “last bigot” pointed to a hope-filled future.

In what was a first for the festival in its 5 years of existence, we featured an inter faith evening in Grosvenor Hall called “Healing and Harmony”. It was healing in itself to be in the presence of people from different religions: Christian, Jew, Muslim, Baha’I, Hindu and Buddhist as we enjoyed one another’s company and the sharing of musical talent.

During BBC Radio Ulster’s “Morning Service” two people, festival committee member Jim Deeds and Sara Cook shared with the large congregation and the radio listeners the impact of the festival on them. The words of Jesus from his Sermon on the Mount: “go and be reconciled” which were in the gospel passage for that Sunday could not have been more suitable for the occasion.

For our final event of this year’s festival extra chairs had to be brought out in the Skainos Centre on the lower Newtownards Road. In looking back over the 10 days, I dare to hope such support is a sign of things to come and the title of our last event was truly prophetic: “the healing has begun”.’

Social share:
belfast First Minister of Northern Ireland
Previous Article‘Brexit means there can be no parity between Britishness and Irishness in the United Kingdom’s lawful territory’ – By Jamie Bryson
Next Article ‘Uncomfortable Truth’ – by Earl Storey