You are at:Home»News & Current Affairs»Opinion»‘The Blood Will Keep Seeping Under The Door…’ – By Brian Rowan
Social share: 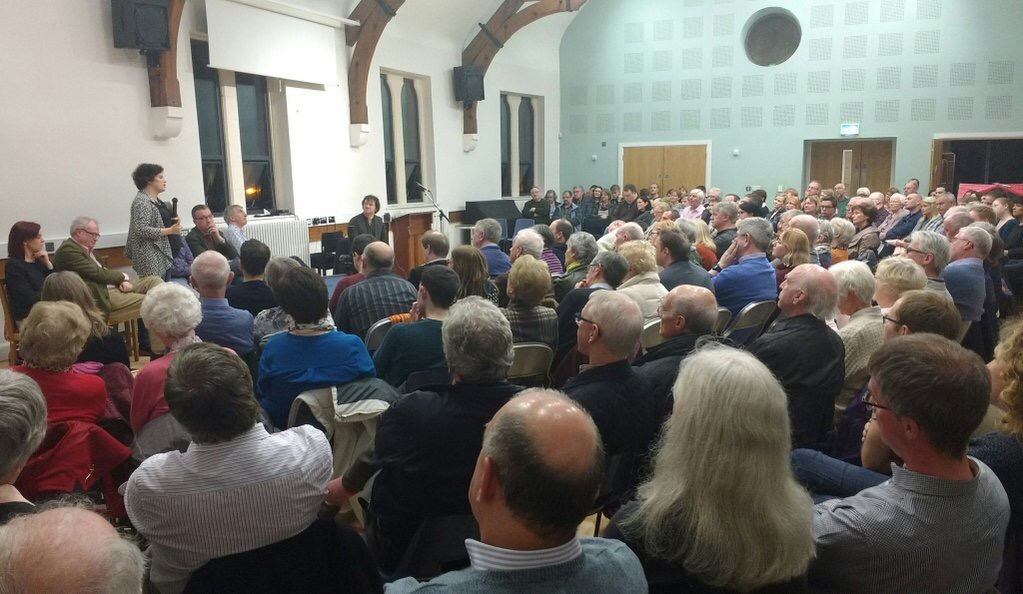 Claire Hanna of the SDLP borrowed that thought from Denis Bradley when speaking during a reconciliation conversation in south Belfast on Sunday – borrowed it to make the point that doors cannot be closed on the past and that a legacy process is needed.

She was one of six politicians on a panel in an event jointly organised by Corrymeela and the Clonard/Fitzroy Fellowship.

The room was packed – the tone of this conversation different from that which has come to characterise a predicted brutal and bruising election campaign.

There was no mention of Gerry Adams, whom the DUP has cast in the role of bogeyman – no mention either of the Sinn Fein “crocodiles”; that if fed an Irish Language Act will come back for more.

Arlene Foster attempted to laugh away her crocodile comment when she was interviewed by Mark Carruthers of the BBC on The View last Thursday, but that crocodile reference has not gone away.

In one, he tweeted – Lukin 4 Crocodiles In The Bann. 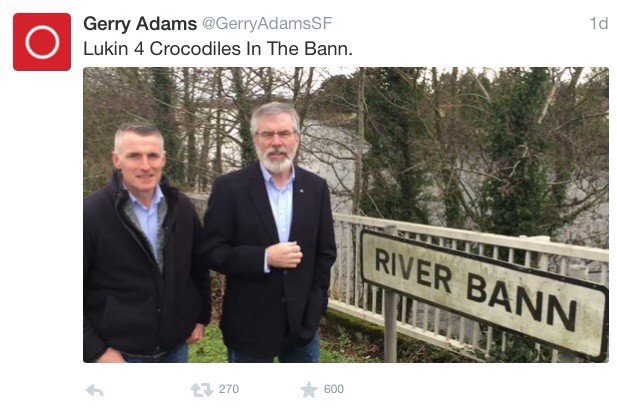 The issues of the Irish language, the past and reconciliation will all be on the negotiating table after the March 2nd election – as will many other issues.

At Fitzroy Presbyterian Church on Sunday, in that conversation on reconciliation, Clare Bailey of the Green Party spoke about not knowing “what we will have on March 3rd”.

She means not knowing how long it will take to form an Executive – how long that post-election negotiation will last.

“People need to be part of any future decision making,” she said – in other words involved in the next steps, in the shaping of those processes on the past and reconciliation.

“We all carry our own trauma. We need to be able to speak about that,” she said.

That panel at Fitzroy also included Mairtin O Muilleoir of Sinn Fein, Steve Aiken of the Ulster Unionist Party, Emmet McDonough Brown of Alliance and Christopher Stalford of the DUP.

As the conversation developed between them and Claire Hanna and Clare Bailey, we heard them speak in terms of peace, partnership, leadership, understanding, respect, prosperity, acknowledgement, the removal of fear, the need for a vision and how we could be an example of what a reconciled community looks like.

All of this a different tone from what we are hearing elsewhere as election day approaches.

But that different tone on this occasion, within this event, does not make the big challenges beyond March 2nd any smaller – how to get agreement and implementation on outstanding issues, how long it will take to form a government, the fallout over Brexit, RHI and how those processes on the past and reconciliation are eventually shaped.

Then there is the question of what to do about the continuing paramilitary shootings – an issue raised from the floor by Fr Martin Magill.

The packed room last night was another indication of significant interest in this election, but we still don’t know how this interest will translate in the casting and in the counting of votes.

A process on the past needs wider involvement than just governments and some of the political parties.

And a strategy to end paramilitarism needs much more than words on paper.

Is there the will to make politics and peace and policing really work – to be that example of a reconciled community?

This place has been shaken out of its slumber, out of an attitude that the job of peace was done.

So, perhaps this crisis was needed. Perhaps a long conversation and negotiation are necessary. Perhaps there should be no rush back to government.

Beyond the election, there needs to be that wider conversation about where we are going and what it is we are trying to achieve.