You are at:Home»News & Current Affairs»Opinion»‘The SDLP is asking voters to vote for change and we are also asking them to transfer for change’ – Colum Eastwood
Social share: 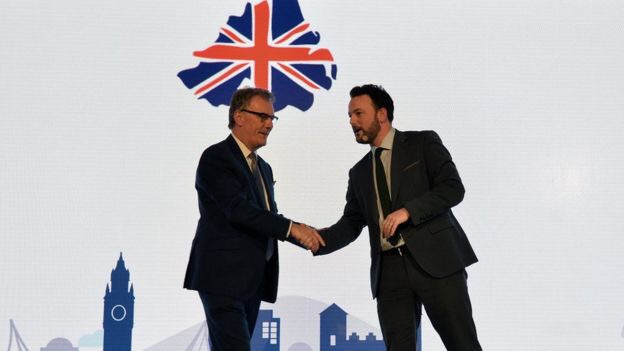 The campaign proper has begun.

For all its downsides, the intensity of an election campaign does have the habit of distilling issues and giving definition to what is actually at stake.

For the first time in a long time the electorate in Northern Ireland has a real choice.

After the collapse and failure of the ‘Fresh Start’ Government, this election offers the chance to change what has gone before.

No-one is in any doubt as to the huge task before us. Achieving an alternative government in Northern Ireland will require many votes for change – including votes which transfer across the traditional divide in the North.

The SDLP has not been historically in the business of advocating formal transfer pacts and we will not be advocating such a pact in this election.

However, it is becoming ever clearer that the DUP and Sinn Féin would be happy to allow a return of Direct Rule after this election. If you vote Arlene and Michelle – you end up with Theresa May.

In this context, Northern Ireland needs an alternative government.

I want to make clear that in this election the SDLP is advocating that people vote for change when they head to the polls on March 2nd.

As everyone would expect, we are asking as many people as possible to give their highest preferences to the SDLP – but we are honest and humble enough to acknowledge that we do not hold a monopoly in either offering change or in achieving it.

Therefore in this election, the SDLP is asking voters to vote for change and we are also asking them to transfer for change.

That means voting down the ticket and it does mean voting cross-community.

I know and understand that, given all the history and hurt between our two peoples, this will not be easy for many. This will not be helped by the inevitable roll out of the old Project Fear tactics which the DUP and Sinn Féin will attempt to play out for mutual benefit.

But achieving change is rarely easy and is not comfortable.

Those who show the bravery to step out of their comfort zone to achieve change should not be ridiculed – they should be respected. Cross-community voting is not something to be feared – instead it should be welcomed.

Neither is cross-community voting a denial of long and passionately held political beliefs. There is nothing wrong with being either green or orange.

Identity, nationality and constitutional aspiration are too often and easily dismissed as being the products of sectarianism. They are not. They are important and will remain important.

However, the belief and passion to work together in a partnership government does not dilute your Irish or British identity, nor does it diminish anyone’s passion and belief in achieving the re-unification of Ireland or the maintenance of the union with Britain.

Future constitutional change will be the product of persuasion. Neither of our competing constitutional ambitions is harmed or hindered by wanting to make Northern Ireland work.

This was the central idea in all our accommodations. It was the genesis and the genius that made our peace possible and it is now needed more than ever as Ireland faces into a time of deep uncertainty.

It is the idea and belief in co-operation and partnership on this island. It is the brand of Irish republicanism to which I give allegiance.

It is the only brand of politics which can finally move us forward.

Social share:
ae17 Colm Eastwood SDLP Stormont
Previous Article“Arlene Foster wouldn’t step aside, so we did it for her. She will stay stepped aside” until… – By Michelle O’Neill
Next Article ‘A SEAT BUT NOT THE CHAIR – Brokenshire and the next legacy battle’ – By Brian Rowan