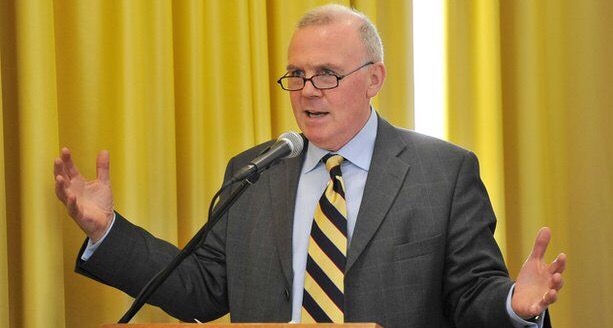 We can’t keep doing what we have always done.

The current crisis in our health service is much worse than most people think.

In my forty years working as a doctor I have never seen the NHS in such trouble.

This is not an exaggeration. General Practice, the jewel in the crown of the NHS, is teetering on the brink of collapse. In some areas it is proving impossible to replace retiring GPs. Waiting lists have escalated; it is not uncommon for patients to face a wait of almost 2 years for a routine outpatient appointment. A new injection of cash is only a sticking plaster.

The modus operandi of Northern Ireland politics has been to ‘muck through’.

This will no longer suffice. There is a strategy to tackle the Health Service crisis – the Bengoa Report. Despite its rather impenetrable jargon and management speak it offers a way forward. While it has been criticised as vague and uncosted it sets a direction for the future and a strategy to address the problems. However it is now languishing on the back burner with little evidence of progress toward implementation and no budget for the additional transitional funding necessary. The essential ingredient-combined political will to translate the report into action is AWOL.

Politicians are distracted by an election and some continue to be absorbed in orange and green verbal warfare.

This is not the only important business lying neglected. The ramifications of Brexit require urgent cross party attention. Our education system, which serves some children supremely well, is, despite progress in recent years, failing far too many, and more particularly is still not synchronised with the employment sector.

The skills required of our young people are too often overlooked by the educational establishment. The lack of resources to help children with special educational needs is nothing short of scandalous.

In each of these areas progress is eminently possible but will entail courageous decisions, long term planning and the engagement and support of wider society. Indeed the solutions are beyond what politicians alone can deliver; we as a society will need to contribute and play our part.

Innovative ideas and passion to bring about change can and has transformed businesses and communities.

But politicians MUST play their part. No political party has the capacity to deliver on its own. The challenges demand that parties work together to support a 10-15 year action plan to achieve the success that we all want.

That requires politicians to treat one another with respect and honesty.

Reptilian name calling does not facilitate cooperation or trust.

Partnership, equality and mutual respect are the basis of healthy political relationships and catalyse constructive action.

David Ervine helped win the peace by treating his opponents with respect while demanding the same for his own community (a demand full of resonance today). While the focus has changed the principle remains-it is the only way to create a vibrant and cohesive country. Electors should bear this in mind when entering the voting booth.

The sterile, ill tempered, sectarian arguments that are being repeated once again offer little hope for the future, but a forward looking robust collaboration aKong politicians prepared to work together for the common good offers the prize of a peaceful and flourishing Northern Ireland. If we achieve that then this election will have been worth it.

Social share:
ae17
Previous Article‘SEE YOU LATER ALLIGATOR – how much later?’ – by Brian Rowan
Next Article “Another ceasefire moment” and another “9/11 moment” for Republicans’ – by Eamonn Mallie