You are at:Home»News & Current Affairs»Opinion»‘Our politics is the politics of the cudgels’ – By Brian John Spencer
Social share:

Do they think that little of us? Are we that base and that cheap? Are we that antiquated a society that our politicians can win our vote with the call of religion and suspicion of “the other?”

Northern Ireland continually makes a disproportionate contribution to the world of sports, arts, business and culture.

We are 1.8 million, yet our top golfer plays with the leader of the free world, our top artist teaches Brad Pitt how to paint, paints the Queen and produces cover art for Time Magazine, our best actor is the world’s father figure, and our best barmen own the best pub in the world (The Dead Rabbit in New York).

These people are not aberrations, I could go on and on about how normal and able the people of Northern Ireland are. The litany of talent shows that our society is not a seedbed for knuckle-draggers and bigots, but is a seedbed for people of great ability.

These thoughts are not parochial naval gazing or folksy ‘Our Wee County’ thinking. The editor of the New Yorker David Remnick remarked on our disproportionate contribution to the arts:

“The poets of Northern Ireland… there have been a remarkable number of them for a country of a million and a half.”

Every year a third of our students are accepted to study abroad.

While our society has serious mental health issues, ONS figures show that our happiness levels are the highest in the UK.

While the two largest parties the DUP and Sinn represent a fierce and unwavering form of Britishness and Irishness, the latest Life and Times Survey shows that of the Northern Ireland population only 25% see themselves as Irish only and 26% as British only. 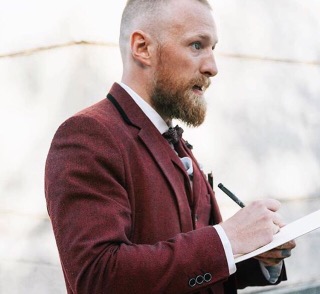 Politicians are the representatives of the people. We don’t see such name calling and tribal nastiness in work or leisure, sport or art, so why do we have to have it in politics?

In this election there is no nuanced focus on detail and policy, rather the blunt thuds of fear and division.
With this election we have seen a backwards step in rhetoric and relationships, a step away from the solid ground and back into the quagmire.

When I look at the two leaders of the two largest parties in Northern Ireland I see Goya and his famous painting, ‘Fight with Cudgels’.

Any other government under our mountain of scandal and incompetence would be swept into oblivion.
The DUP are easy to kick, they habitually make a spectacle of themselves. But as Stephen Nolan says repeatedly, they are the largest party with a huge mandate.

History tells us that the people of Northern Ireland vote for the politics of fear and loathing, they have repeatedly rejected any vision of change.

If after this election we get the same old parties, doesn’t that say more about our society than it does about them?

If so, do we need to ask ourselves, “just how sectarian are we?”