You are at:Home»News & Current Affairs»Opinion»Naomi Long’s dream – “A Community of Many Voices but One Vision”
Social share: 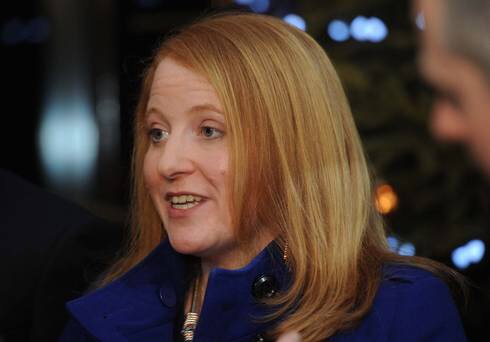 It’s strange the things that cause a stir on social media, as I found out recently when I changed my social media profile pictures to a graphic containing the Irish language.

The text – ‘On March 2nd I’m voting Alliance. Change for good’ – was exactly the same wording as the day before, albeit now in Irish instead of English.

It was part of Alliance’s commitment to celebrate the cultural diversity of Northern Ireland. For several people it was a step too far.

However, the post – just one of a series which will be rolled out as part of the campaign in several different languages – received an overwhelmingly positive response, both from Irish speakers and others who value and respect the language as I do.

It prompted a debate to develop around Irish as part of our shared history and heritage, providing an opportunity to challenge preconceptions about cultural identity and to challenge the narrative from some in this election and before that, that the language is the cultural property of nationalism, and should be rejected by unionism.

I am Northern Irish. This place is my home. I have the beauty and richness of being part of a society where I can be both fully British and fully Irish, and the two are not in conflict in me. The strength of Alliance lies in the fact our membership includes those who are Irish, those who are British, those who are both and those who are neither but all of whom have a vision for a progressive, liberal society in which our diversity is celebrated as a strength rather than exploited as a weakness.

Our desire to see a shared and prosperous region where each individual is cherished and valued contrasts with those who see culture and heritage, or rather the fear of ‘the other’s culture and heritage’ to engage in the politics of division during this election campaign because it suits their narrow agenda.

In doing so, they disrespect those from all sections of our community who struggled to keep the language alive throughout our history and continue to promote and encourage interest in it today.

The divisive, fear-filled rhetoric which seeks to divide people and create tension needs to be replaced with something different, something constructive. Something that rejects any notion of ‘them and us’ in favour of a focus on what we, with all of the cultural richness and linguistic diversity we have, can achieve together.

How we treat the language often says more than words themselves. Visibility, inclusivity and respect are part of acknowledging and recognising the important heritage we share and sends a strong message to affirm the value of those who speak the language today.

Ultimately, language is about communication – not just the words in which we express our thoughts and feelings, our hopes and aspirations, our worries and fears – but also it communicates something of whom we are, from where we come and whom we want to be.

My aspirations and that of Alliance are to build that progressive, liberal, open and welcoming society – a community of many voices, but one vision.

On March 2, let’s advance that vision together. Vote Alliance and let’s deliver change for good.