You are at:Home»News & Current Affairs»Opinion»‘Getting to the truth for the Victims’ – By Brian Rowan
Social share: 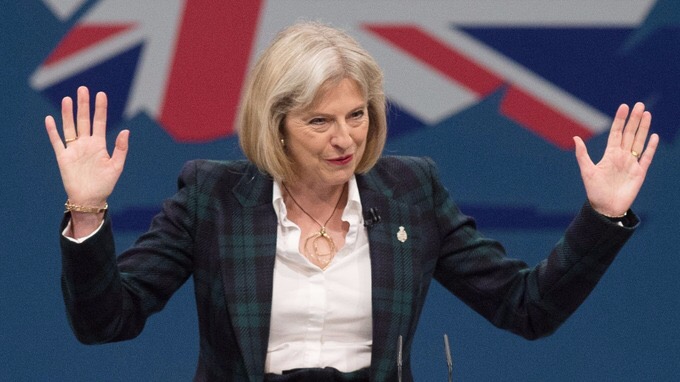 Just how long, he is not prepared to say, although it is understood he is not anticipating the five years suggested by some.

Boutcher was speaking to the eamonnmallie.com website on a day when the past became yet another political battle.

Prime Minister Theresa May set out her preference for investigations to be conducted in chronological order and said any legacy process must be balanced, proportionate and fair.

During PM Questions, Mrs May avoided a direct response on the suggestion of a statute of limitations to protect veterans who served here, but her commentary prompted an angry response from Sinn Fein’s leader in the north.

The past is part of the election battle and will be part of the negotiations that will follow the counting of the votes.

In advance of that negotiation, the DUP has set out its position – that it “will not permit the re-writing of the past or the persecution of the security forces”.

As that battle plays out, the Boutcher investigation continues.
He is leading Operation Kenova, shining an investigative spotlight on a series of IRA killings, the suspected role of the British Army Agent known as Stakeknife and what was known across the various intelligence agencies – military, the then RUC Special Branch and the British Security Service MI5.

“I’m very conscious well over 3,500 people lost their lives during the Troubles,” Boutcher told this website:

“Many others have life changing injuries and many others suffer from the psychological effects of those dark days.”

Boutcher’s detective team has been drawn mainly from the Metropolitan Police and other UK forces in the south of England.
“We have been able to select from a pool of excellent candidates,” he continued.

“This investigation deals with only a small number of those victims and it’s important we don’t forget the suffering of all of those from the Troubles period.”

Operation Kenova is investigating the abduction, torture and murder of a number of people who were accused by the IRA of being informants.

The bodies dumped on the border, at roadsides and on country lanes, are a haunting reminder of that dark past that Boutcher describes.

“The investigation will pursue all of those responsible whether they were members of the security forces or the IRA in whatever capacity they may have contributed to these awful crimes,” the Bedfordshire Chief Constable recently told eamonnmallie.com.

Freddie Scappaticci, a Belfast republican interned in the 1970s and now living outside Northern Ireland, denies he was Stakeknife. Boutcher intends to interview the alleged agent, but will not say when or comment further.

The investigation is happening as those arguments continue over the implementation of a legacy structure.

A proposed Historical Investigations Unit (HIU) and Independent Commission on Information Retrieval (ICIR) are not yet in place. Negotiations will resume immediately after the March 2 Assembly election.

“Those seeking to achieve a framework where these legacy issues can be resolved for those who lost loved ones should be cognisant of the more challenging position of achieving a justice threshold rather than having some type of truth and reconciliation whereby those who were affected by those dark days would be able to find out what actually happened to their loved ones and why,” Boutcher said.

“I don’t think anyone should go to jail for conflict-related offences and that should apply across the board – not republicans, not loyalists, not British Army, not members of the RUC or UDR, anybody who was involved in the conflict.

“We need to put the conflict behind us,” Green said.

Separately, those calls for a statute of limitations to protect veterans have become and are becoming louder.

Boutcher’s investigation could shovel to the surface some of the ugliest secrets of a so-called dirty war.

“There is a responsibility to get this right, to treat everybody with care and respect,” he said. “This is about getting to the truth for the victims.”

Boutcher knows the challenge of getting to that truth. At the time of his appointment last June he said it would be “a difficult and elusive prey”.

Social share:
ae17 Stormont Theresa May
Previous ArticleNaomi Long’s dream – “A Community of Many Voices but One Vision”
Next Article ‘Petition of Concern procedure should be banished’ – By Jim Allister