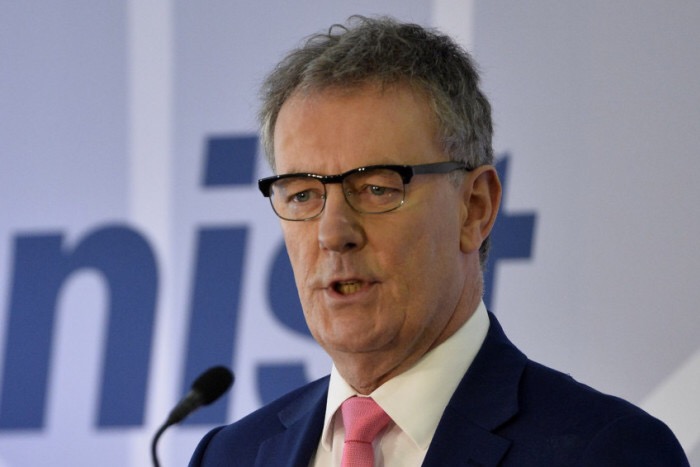 Mike Nesbitt’s vision of “partnership not domination” on eamonnmallie.com has been welcomed by a swathe of the political spectrum. Here is “strong” Unionism which exhibits a fuller understanding of strength. It sets forth an understanding of other aspects of strength, such as flexibility, which enable inclusivity. It defines Unionism by that of which it approves rather than by that of which it disapproves.

More than that, people see in it the hopeful, elemental, qualities of positivity and cordiality. As in any fractured relationship, these are crucial in a divided society. This has been vividly demonstrated in recent weeks.

So crucial are these qualities that Nesbitt’s prospective political partners will need to tread lightly, mindful that building is more difficult than wrecking.

This will be a matter of political judgement, as unthinking partnership could also be problematic.

Nesbitt wants to “define unionism for the second century. A real fresh start, if you like, but unlike the false dawn of the previous DUP / Sinn Féin effort.” Instead, he commits to a return to “the original fresh start document, the Good Friday Agreement.”

That comparison magnetises strong desire for positive change, though it incorrectly conflates two things. Defining Unionism is the work of Unionists. Political partnership is the work of all.

Nesbitt posits John Hewitt’s expression of plural identity as a template for progress:

‘Firstly, I am an Ulsterman steeped in the traditions of this place. Secondly, I am Irish, of this Ireland. Thirdly, I am British, and finally, in a more diffuse way, I am European. It may make it easier for you to understand if you remove one of those elements, but if you do you are no longer describing who I am.’

It is elegantly expressed by the St.Patrick’s Day ceremonies of Queen Elizabeth’s Irish Guards, and Royal Irish Regiment.

The Agreement equally honours the validity of Irish national identity, as the Queen did in Dublin, when she addressed the Irish nation in its mother tongue.

This is comfortable without an additional national identity, nor does it require validation with a northern prefix.

The Agreement “recognises that it is for the people of the island of Ireland alone, by agreement between the two parts respectively and without external impediment, to exercise their right of self-determination.”

Accordingly, this “original fresh start” came into being through referenda by the people of Ireland only, north and south.

Unionism’s failure to respect the equal legitimacy of the all-Ireland identity of nationalists remains a blind spot for pro-Union supporters.

This was the ‘We Are The People’ notion of domination, which potentially led to the collapse of the power sharing executive.

One must guard against the idea that partnership is compatible with courteous, urbane, behaviour which masks domination.

In this Decade of Centenaries, it might also be worth observing the lessons of history from 1912-1916 about failure to honour constitutional commitments.

Social share:
ae17 Mike Nesbitt UUP
Previous Article“Stop using the past as a self serving electoral tool” – By Clare Bailey, Green Party
Next Article ‘SILENT TESTIMONY – MORE THAN AN EXHIBITION’ – By Brian Rowan