You are at:Home»News & Current Affairs»Opinion»‘Brexit means there can be no parity between Britishness and Irishness in the United Kingdom’s lawful territory’ – By Jamie Bryson
Social share: 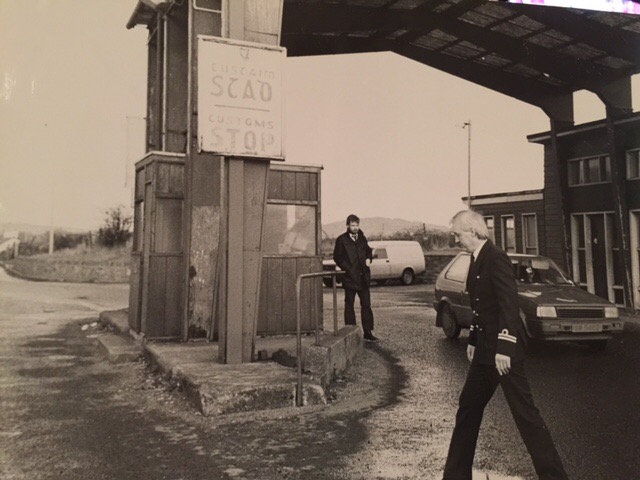 Bertie Ahern the former Irish Prime Minister summed up much of the Nationalist petulance around Brexit in a piece carried in Sunday’s Guardian newspaper.

Many others have warned of the potential for a return to the ‘past’ should the democratic wishes of the people of the United Kingdom be fully implemented in Northern Ireland.

Flowing from these ‘warnings’ of going back to the last should be a simple question; who would take us back?

Let us hear from those issuing the warnings-who would take us back and why?

Nationalists want to ride on the Trojan horse of the Belfast Agreement all the way to unification. It is their latest phase of ‘struggle’.

When that Trojan Horse is de-railed, and the ‘harmonisation’ strategy impaled on an EU land border, then will some of the ‘peacemakers’ become the war-mongers?

As an anti-agreement Unionist I welcome Brexit. It drives a horse and cart through the attempts to use various staging posts of all-Ireland harmonisation as a road-map to unification. It tears up the Belfast Agreement, and that is no bad thing for Unionism or democrats in general.

Following Brexit, which will happen despite the efforts of various fifth columnists tying to block it, it will be impossible for those who claim to be Irish citizens living in Northern Ireland to have the same rights as Irish citizens who live in the Republic of Ireland. An EU land border will separate those in the United Kingdom from those in other foreign EU jurisdictions.

Brexit means there can be no parity between Britishness and Irishness in the United Kingdom’s lawful territory.

As such the Belfast Agreement ‘process’ – the only trajectory of which was towards Irish unification – is fatally undermined.

Irish Nationalism is trapped in a sovereign and Independent United Kingdom.

The UK/RoI border for Nationalists was merely symbolic so long as we were all part of the greater EU harmonisation project. It now takes on much greater significance.

Let us now hear the ‘peacemakers’ state unequivocally their support for democracy and the rule of law.

The Belfast Agreement came about because the IRA demanded the perversion of democracy – in the form of mandatory coalition – in return for a halt to their campaign of terrorism.

The British Government, and those manipulated by the emotional blackmail and propaganda deployed by the ‘Yes’ campaign in 1998, capitulated to the threats of a defeated republican terrorist organisation.

Now that the latest phase of ‘struggle’- namely the harmonisation strategy within the framework of a perverted system masquerading as democracy – has failed, once again democracy is threatened with a subtle reminder of the bad old days.

The threats of going back to the ‘bad old days’ can be hollowed out by simply asking ‘who would take us back?’

The United Kingdom should learn from the mistakes of 1998. Rather than appeasing those seeking to frustrate democracy; they should be faced down and politically defeated.

Social share:
Previous Article‘A SEAT BUT NOT THE CHAIR – Brokenshire and the next legacy battle’ – By Brian Rowan
Next Article Two of the lynchpins of The 4Corners Festival Belfast Rev Steve Stockman and Fr Martin Magill reflect on ending of 5th Festival.